Why This Mom Used Cannabis To Treat Her Postpartum Depression

Have you or someone close to you experienced postpartum depression? Here’s why one woman chose cannabis over pharmaceuticals. 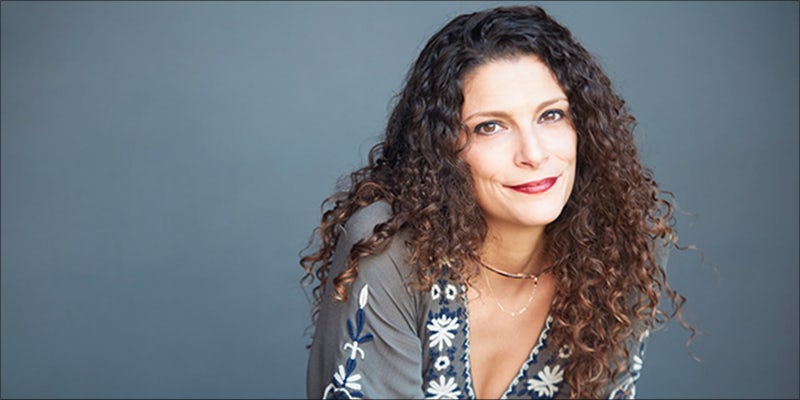 Like many mothers, Celia Behar was once horrified by the thought of picking up a cannabis habit. Women who dare to consume cannabis while pregnant or breastfeeding can face criminal prosecution. Still, mothers are turning to cannabis for a variety of pregnancy-related ailments. In Celia’s case, it was postpartum depression.

“In the hospital, I felt fine,” begins Celia, mother of two, describing her experience after the birth of her first daughter. A life coach, blogger, and therapist, Celia Behar is well-versed on emotions. Still, after giving birth, she found herself shocked by her own emotions.

Then I came out of the hospital, and I felt it. Honestly, I felt it as they were releasing me, I wished I didn’t really have to leave. And I knew something was happening. Within days I was despondent, I couldn’t get out of bed.

I remember my mother-in-law at the time bringing me my daughter, my infant daugter, and I was just crying. I was staring at that little baby, and I was apologizing. I just kept saying “I’m so sorry, I’m so sorry.”

What Celia was experiencing was the beginnings of postpartum depression. Postpartum depression (PPD) affects 10 to 15 percent of women around the world. Still, the condition is a hush-hush topic for many moms, especially new ones. For many, the prospect of PPD seems horrifying. There is no bond like that between a mother and child, PPD is a dark dullness that slips between. What happens if you blunted, irritable, or struggle to express outward emotion at all?

I was feeling nothing for her, which was so scary because I had felt so much love for her in the hospital. But, that’s what PPD does. It can kick in anytime within the first two years after having a kid.

Behar knew a thing or two about PPD. Yet, she found herself perplexed by the new sensations she was experiencing.

After childbirth, the “baby blues” can affect up to 80 percent of new mothers. According to the National Institute of Mental Health, the baby blues last for about two weeks. Postpartum depression, however, is different. The symptoms of PPD are severe enough to interfere with family, personal, and professional life. It can also cause mothers to have trouble bonding with their babies.

Shortly after giving birth, Celia found herself cut off from her friends and family. Bathing seemed to take too much energy. Eventually, something clicked. A sudden memory of a Brook Shield’s interview on Oprah was the inner voice that told her to seek help. She was off to the doctor in a hurry.

“It took me years to realize I was an anxious person,” says Celia. Throughout her youth, Celia used various pharmaceutical interventions to cope with anxiety and other mental health ailments. “I tried Xanax, Valium, different SSRIs,” Celia explains. “None of which I liked very much.” She juggled these different medications while she went to school to become a therapist. “I just wanted to help people, because I had struggled so much.”

Yet, it wasn’t until she decided to become a mom that she began to taper off of all of her treatments, cannabis included. Then, the trouble set in. With her first child, Celia had settled into a mood that she thought must be a part of newfound parenthood.

I remember thinking, is this being a parent? Because all of a sudden I had rage that I had never had before. I remember a time when I picked up my daughter and screamed in her face, “What do you want from me?”

And I wish so badly that I had cannabis during that time, because it would have made a huge difference for me. It was hard. It was really hard.

After rushing to her doctor, Celia was put back on medication. “She had me come in right away and she put me on Prozac in her office,” says Celia. Though, she points out that Prozac can serve a very important purpose for some people. PPD can range in severity, from something more akin to the baby blues to postpartum psychosis. Celia felt that in her case, Prozac was needed.

Yet, the drug came with a cost. Prozac had side effects, like migraines, an upset stomach, and dry mouth. Celia was also nursing, and there is little information on the health risks of infant exposure.

I would honestly rather hear that a mom was using [cannabis] while nursing than taking something like Prozac or Zoloft, because I’ll tell you, there is a gigantic difference in personality between my two children.

I love them both, but the older one, if she’s not diagnosed with an axiety disorder later, I’ll be shocked. She can’t sit still. She can’t. She’s 11 and she’ll bite through a shirt. There’s always going to be a part of me that wonders if it was because of the Prozac that I took while I was nursing her.

After Celia gave birth to her second child, she began to feel PPD creeping up again. Fortunately, she would not need harsh medications this time around. A close friend took notice and suggested that she try cannabis. That friend was Tom Grubbs, a partner at Moto Perpetuo Farms, an organic Oregon cannabis farm. Moto Perpetuo has also been instrumental in providing high-quality medical cannabis to Celia’s sister, who has stage 4 colon cancer.

Celia was put off at first. She was a mother now, after all, cannabis was a part of her youth. She had used the herb for fun as a teenager. Except, the herb didn’t quite make her “high.” Instead, the plant provided more of a leveled-out sensation. A state of mind that she happened to like quite a lot. Looking back, Celia recognizes that this habit was a form of self-medication. But, she gave up the herb before her first pregnancy.

Yet, for some reason, she couldn’t get Grubb’s advice out of her head. Eventually, she decided to give cannabis a try.  “It was a total game changer,” says Celia. “Everything changed.”

After cannabis, Celia stopped cycling between moods and began to feel more leveled out. Prior to cannabis, Celia was humming. She was always moving, worrying, struggling to be in the present moment.

I just couldn’t relax. When I started using the cannabis, more than anything, it just made me focused. I would slow down instead of listening to that narrative in my head that just went down five thousand things I’m supposed to do, lunch needs to be packed, this needs to happen, then this needs to happen.

It was like, OR you can be in this moment with your kids.

A safe, real space for moms

When Celia first started consuming cannabis as a mom, she hid it. She didn’t tell her husband, family, or friends. She was concerned about how those around her might react to her newfound self-treatment. Now, she openly vaporizes cannabis in front of her daughters and has made national headlines about her self-treatment for PPD.

My older daughter will find my vape kit and bring it to me if she can see that I am struggling. I just introduced them to the fact that I was using it maybe like eight months ago, and it was scary to do it. I said to my older daughter, “I don’t know if I’m doing the right thing.”

Every mom faces challenges that they do not expect. For Celia, her experiences with PPD and cannabis opened brand new doors. Celia and a good friend decided to start a private Facebook group for moms. The hope? To create a space for real talk about being a mom, the bad, the good, and everything in between.

That group grew to over 4,000 members. So, Celia and her business partner launched the Lil Mama’s website, boasting: “We don’t sugar coat this Mama thing and we are NOT your Mama’s Mama blog! Welcome to the insanity.” The Lil Mama’s community is here to provide a fun, helpful, and supportive community of moms who aren’t afraid to share and get real.

Interested in learning more? Check them out at thelilmamas.com. If you would like to support Celia’s sister, Julie, in her fight against colon cancer, you can make a donation here.

Get 20% off premium weed and discover the latest products, news, and deals in cannabis.
July 03, 2017 — Last Updated
Written by Anna Wilcox