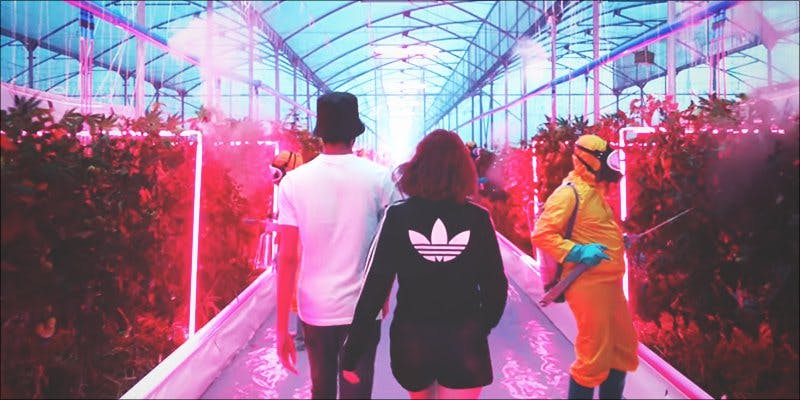 Have You Seen The New Adidas Weed Grow Ad?

If you didn’t catch the newest Adidas commercial, it’s time to take a seat and pay attention.

If you didn’t catch the newest Adidas commercial, it’s time to take a seat and pay attention. Set in a grim, George Orwell version of the future, the ad’s theme is “Your future is not mine.” And part of that future just so happens to include a commercial cannabis grow. Be sure to check out Adidas’s ad in the video below for a journey into a greener future.

Your future is not mine

After seeing the latest ad by Adidas, it’s clear that the future is looking greener than ever. As can be seen in the video, it’s obvious that the character in the suit is working in a commercial cannabis grow.

Not only are there several plants, but they are also surrounded by grow lights. Being that such a popular brand is displaying cannabis as the future, does it mean that Adidas is embracing legalization?

This isn’t the first time Adidas has brought cannabis into the light. During the previous Spring, Adidas released a special-release sneaker made from hemp. Plus there was the “Smoke” range with Rita Ora.