The 5 Countries Most Likely to Legalize Cannabis Next

Find out why these are the top contenders for countries most likely to legalize cannabis. 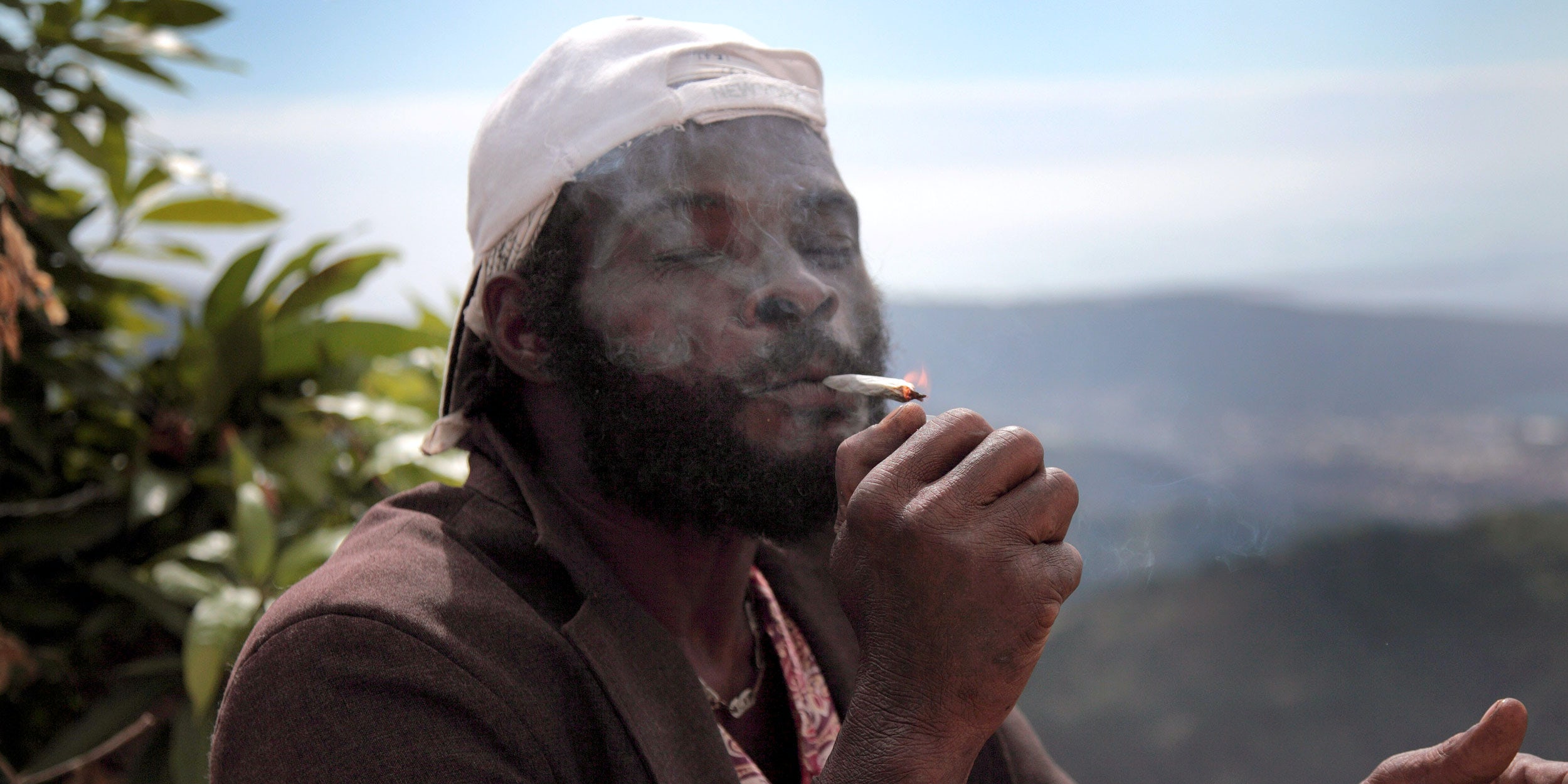 Jamaican man smoking Ganja in a rastafari community in the Blue Mountains on December 22, 2011 in Jamaica. (Photo by Ghislaine BRAS/Gamma-Rapho via Getty Images)

Thirty states already have some form of legal cannabis law. In Canada, recreational cannabis is about to become legal for adult-use coast to coast. While it’s hard to definitively say which countries will follow suit in legalizing cannabis, these five are a safe bet.

In Colombia, the push to legalize cannabis isn’t only a result of the widespread support and grassroots organizing. In 2016, then-president Juan Manuel Santos enacted a legal medical cannabis law as part of an effort to end the country’s over 50-year civil war.

Rural Colombian farmers have long been extorted into helping guerrilla groups—like the Revolutionary Armed Forces of Colombia (FARC)—to grow illicit crops like cannabis, which are sold to fund their movement. President Santos hoped that legalizing medical cannabis farms would throw a wrench in these guerrilla groups’ drug trafficking operations. With homicide rates at an all-time low, the plan seems to be working.

While only certain forms of medical cannabis are currently legal in Colombia (i.e. extracts and oils), citizens are also legally allowed to grow up to 20 plants in their own home for personal use.

However, Colombia recently elected a new, conservative president, Iván Duque Márquez, which could slow down legalization efforts. Still, with legal medical cannabis in place, and plenty of grassroots support—over 100,000 people recently participated in Medellín’s annual Marijuana March protest—Colombia is at least on the trajectory to become one of the five countries most likely to legalize cannabis.

No other country is more connected to cannabis than Jamaica, making it an obvious choice for one of the countries most likely to legalize cannabis. Anyone who lives or has visited Jamaica will find cannabis access so bountiful that it almost comes as a surprise that it’s still illegal.

And yet, legal cannabis is making progress in Jamaica.

In 2015, Jamaica amended its cannabis laws to decriminalize cannabis possession, permit the cultivation of five or less plants, and allow those who practice Rastafarianism to use cannabis for religious purposes. Jamaica also legalized medical cannabis, and in March of this year, the country’s very first medical cannabis dispensary was opened in St. Ann.

Among other economic possibilities, Jamaica sees cannabis legalization as a potential source of “wellness tourism.”

As more countries begin to relax their cannabis laws, and with the international Caribbean Community (CARICOM) also considering a widespread relaxation of cannabis laws among Caribbean nations, it seems unlikely that cannabis prohibition is destined to remain in Jamaica for much longer.

While recreational cannabis is illegal in Spain, the country is home to one of the most thriving cannabis communities in Europe.

It is currently decriminalized to cultivate and possess cannabis for personal use in Spain. And while selling and importing cannabis is still a punishable offense, buying and consuming it, even in public, is only considered a misdemeanor (similar to a traffic infraction).

This legal grey area has lead to the establishment of many cannabis consumption clubs in the country—roughly 500 in all—the first of which dates back to 1991. Some even refer to Spain as the “new Amsterdam.” With a title like that, it’s no wonder it’s considered one of the next countries most likely to legalize cannabis.

In 2001, Portugal implemented one of the most radical drug policies in the world: the decriminalization of all drugs. Seventeen years later, Portugal’s drug policy remains one of the most liberal in the world. The policy has proven successful, with the country experiencing massive drops in HIV infections, heroin use, and drug-induced deaths.

The country has long been held up as an example of not only the benefits of liberal drug laws but also a counter-narrative to supporters of the “war on drugs,” who believe that the only way to decrease drug activity is to crack down harder.

While decriminalization is a lot different than legalization, the country is currently taking baby steps in that direction. This past June, a bill to legalize medical cannabis products received overwhelming parliamentary approval. The country is known for being an early adopter of radical drug policies and has seen the benefits of these policies first hand. What’s stopping Portugal from going all in and becoming one of the next countries most likely to legalize cannabis?

While cannabis remains federally classified as an illegal, Schedule I drug, according to some reports, 95 percent of the U.S. population already lives in a state that grants some form of legal access to cannabis.

The country is facing unprecedented health and social crises, namely the opioid overdose epidemic and mass incarceration. Legal cannabis has been cited as a partial solution to both problems. This has lead to a surge in support for cannabis reform, which has become a significant campaign issue in major elections, such as New York’s gubernatorial race. Here, in one of the most populous and economically large states in the country, the Democratic Party has even added cannabis legalization to their platform. And in California, the most populous state, which by far produces the country’s highest GDP (and constitutes the fifth largest economy in the world), recreational cannabis is already legal.

So what’s stopping the United States from going all-in for legal cannabis? If the right administration were to take power, not much.

While the Trump administration is full of hardline cannabis prohibitionists, like Attorney General Jeff Sessions, who has slowed federal progress on cannabis reform, that could change rapidly if a new, pro-cannabis administration were to take power in 2020.

Already, some of the most likely contenders for the 2020 presidential election have lined up in support of legal cannabis, which has become a powerful campaign promise in recent years. As a result, some have already made up their minds: the next Democrat to get into office will legalize cannabis.

Get 20% off premium weed and discover the latest products, news, and deals in cannabis.
September 04, 2018 — Last Updated
Written by Rob Hoffman