Is “Stoner” a Bad Word in the Era of Cannabis Legalization?

Do we have to stop saying “stoner” to get rid of stoner stigma? 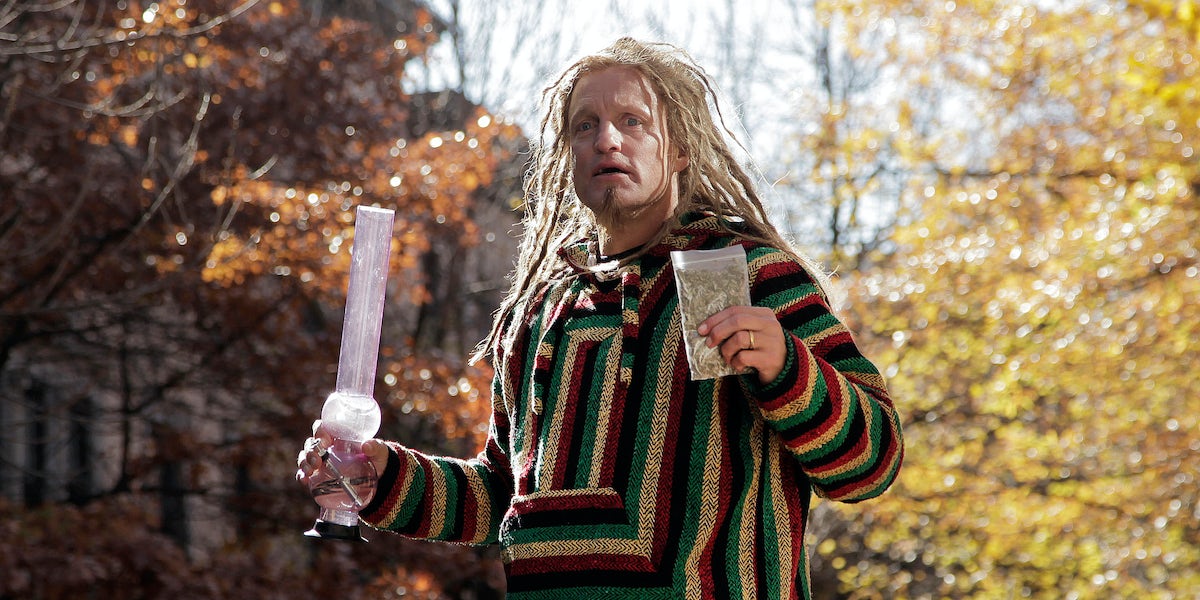 When I first started writing for the cannabis industry, I was told there were a lot of words I could not use because they perpetuated stoner stigma or prohibition’s racist roots. Weed. Marijuana. Stoner. High. Recreational. These words were all off limits.

This was at a time in California’s cannabis industry when the language was hyperfocused on the medical uses of the plant, before voters chose to legalize the plant for “adult use.” Edibles were “medicated,” not infused, and getting high was “medicating.” It was an attempt to de-stigmatize “legitimate” medical cannabis use, but as a writer, it was hard to navigate. And as someone who uses the plant both medicinally and “recreationally,” I wasn’t sure where I stood with all this jargon.

Three years later, I’m still trying to figure out how to write about weed in a politically correct way that doesn’t keep stoner stigma alive. But two words I refuse to give up are stoner and weed.

What is Stoner Stigma?

Stoner stigma is the idea that if you smoke pot, you must be lazy, unmotivated, and not very bright. Stoners probably lunch on Lay’s potato chips, live in their mom’s basement, and play video games all day.

This stereotype has been evolving but started during 1930s “Reefer Madness” propaganda as a way to scare people away from the drug. In the 1980s and 90s, this lazy, airhead, “skater dude” stoner image was propagated thanks to Hollywood movies, like Dazed and Confused, Half Baked, and Dude Where’s My Car?. That’s not to say those movies are bad (they’re hilarious classics) but they have also helped shape the stoner stigma that we’re facing today.

Even at a time when the cannabis industry is proving that “successful stoners” exist, that medical cannabis saves lives, and that legalization doesn’t mean the collapse of civilization, our own government is still preserving stoner stigma. The head of the U.S. Justice Department, Attorney General Jeff Sessions, has made it his mission to denounce cannabis, ignoring the science and facts that prove him wrong. He is famous for saying, “Good people don’t smoke marijuana,” in his ongoing effort to keep America in the dark ages when it comes to cannabis reform.

However, despite Jeff Sessions and other conservatives like him, cannabis legalization and normalization is moving full speed ahead. Cannabis is moving beyond stoner stigma and making headlines weekly. Pot professionals are coming out of the dark and showing the world that the cannabis community is not just lazy, tie-dyed stoners. Instead, they’re professionals and entrepreneurs in their 20s, 30s, and 40s. Plus, a 2017 study found no correlation between cannabis use and motivation when it tested cannabis using teenagers on apathy, motivation, and engagement evaluation scales.

Even television is moving away from stoner stigma. The Netflix series Disjointed, which exaggerated stoner stereotypes in a show about a California dispensary, was recently canceled. Many in the cannabis community were offended by its portrayal of stoner stigma and its lack of nuance. On the other hand, HBO’s High Maintenance, which follows a Brooklyn weed delivery guy and his customers, NYers of all walks of life, was renewed for a third season. To me, this reflects people’s desire to move past stoner stigma to a more empathetic and well-rounded view of the cannabis consumer.

Personally, I hope not. I like the word stoner. I still identify as a “stoner” although the only attribute of the stereotype I have is that I smoke weed. I’m not lazy (more like a workaholic), I definitely don’t wear tie-dye, and I eat a well-balanced diet (although I do love a good bag of chips when the munchies strike). What I’m arguing is that language evolves with culture, and as cannabis culture moves into the mainstream, the language we use to describe weed and its consumers is evolving too. In other words, the definition of “stoner” is changing.

Besides, one in five people now have access to legal cannabis, 61 percent of Americans support full legalization, and 45 percent have tried weed in their lifetimes. At this point, there’s no turning back.

What “Stoner” Could Mean Instead

Some cannabis brands are trying to eradicate the word stoner altogether to get rid of stoner stigma. MedMen dispensaries, the “Apple Store for pot products,” just launched an ad campaign called “Forget Stoner,” their slogan: “Today’s marijuana enthusiasts are everywhere and everyone. It’s time to drop the label. Forget Stoner.”

The ad features portraits of regular people of all walks of life who are identified mostly by their profession, with the word stoner crossed out. It’s a catchy and powerful ad to fight stoner stigma that shows regular and successful people smoke weed too. It’s a great attempt to change the paradigm, but do we really have to “forget stoner?”

Here’s an idea. Let’s try to consciously shift the meaning of the word stoner away from stoner stigma and all the negative, unmotivated traits it implies. Instead, let’s move toward thinking of stoners as people who smoke or consume weed, are open-minded and flexible, and who like to laugh and have fun. Maybe we use cannabis for medical reasons, or maybe just to unwind at the end of the day. It doesn’t interrupt and ruin our lives like old stoner stigma would have you believe, but enhances them. We are stoners because we love weed, and that’s it.

Not So Simple for Everyone

It sounds simple, right? Not exactly. It is more difficult for some groups to “come out green” and shake stoner stigma than others. For instance, it’s not as easy for minorities, who have been the target of the War on Drugs and disproportionately arrested for weed for decades. Blacks and Latinos are still arrested at higher rates for cannabis than Whites, and so anti-stoner stigma can still be strong in those communities. It’s a way to keep a target off the backs of young minorities.

Parents also have a tougher time with stoner stigma and being open about their cannabis use. Even in states where cannabis is legal, its use can be a reason for Child Protective Services to remove a child if they seem neglected as a result. Smoking weed can also affect custody in divorce hearings. While it’s perfectly normal for parents to post on social media about drinking to deal with all the headaches of parenting with things like #WineoClock, posting about weed can get them in trouble.

Stoner stigma in parenting communities isn’t limited to social media, most pot smoking parents would never feel comfortable revealing their cannabis use to fellow parents, their kid’s teachers, or anyone in their children’s community, it’s just not worth the risk.

While it will be harder for some communities to overcome stoner stigma than others, the anti-pot era is finally coming to an end for everyone. Whether we use words like stoner and weed, or “cannabis consumption for adult use”—the negative stereotypes that go along with cannabis are dying as a new breed of #successfulstoners takes over.

Cannabis For You, Near You
Join the Herb community and get exclusive offers, early access to products, and good vibes.
April 09, 2018 — Last Updated
Written by Michelle Janikian