With THC levels soaring up to 28%, Alien OG is one of the strongest strains available today. Save this indica-dominant hybrid for when you have nothing to do. You’ll be stuck on the couch for a while. 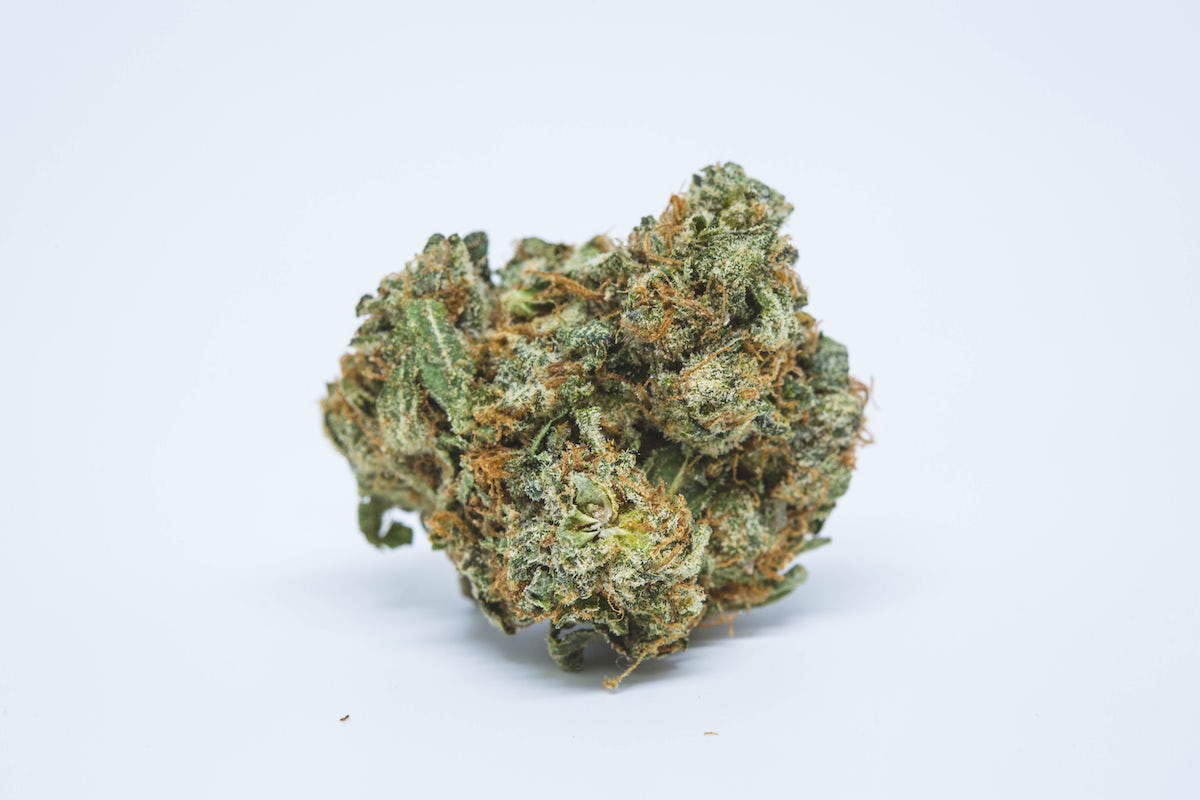 Alien OG is a Hybrid marijuana strain with an astronomical THC level, frequently approaching 28% in tests. This potency makes it popular in the medical community, especially for those with more severe conditions. This strain will leave marijuana consumers feeling relaxed and happy.

Alien OG is no strain for marijuana beginners. It’s one of the most potent strains on the market today, featuring a THC content between 20 and 28%. A Cali Connection cross between Alien Kush and Tahoe OG, this hybrid is one heavy-hitter. In fact, this strain is so potent that it’s considered to be one of California’s best OG strains.

Alien OG has plenty of Indica lineage. This makes it a sleepy strain with plenty of that classic Kush pungent sweetness. Best for evening or nighttime use, you’ll be stuck on the sofa after just a few tastes of this strain. It provides a heavy-handed sensation of bodily numbness and physical relaxation.

At the same time, expect some far-out euphoria that will send you off to another galaxy. The Sativa effects of this weed will creep up on you, providing a blissful, cerebral experience when you least expect it. You won’t want to use this hybrid if you have anything important to get done.

Marijuana consumers love this strain’s THC content, but they also cherish its flavors and aromas. Sweeter than many would expect, citrus and lemon dominate the scent. Real marijuana connoisseurs will pick out pine and wood smells also.

The godfather of legal cannabis, Steve DeAngelo, actually partnered with Homegrown Cannabis Co to breed his OWN Alien OG! If you are looking to grow your own, shop Steve’s Alien OG feminized seeds!

When these nugs are combusted it becomes obvious that this is weed is descended from OG Kush. A traditional spiciness fills the air. Smooth smoke carries an incense-like taste on the inhale, while a slight ammonia flavor reveals itself on exhale.

Marijuana consumers will recognize this strain’s lofty THC levels as soon as they lay eyes on the thick layer of white trichomes. Below this frosty layer, fluffy green leaves are knotted up with red pistils.

Medical marijuana patients with more severe conditions will cherish the potent level of THC found in this strain.