Now Reading:learn | How to tell how strong your weed is 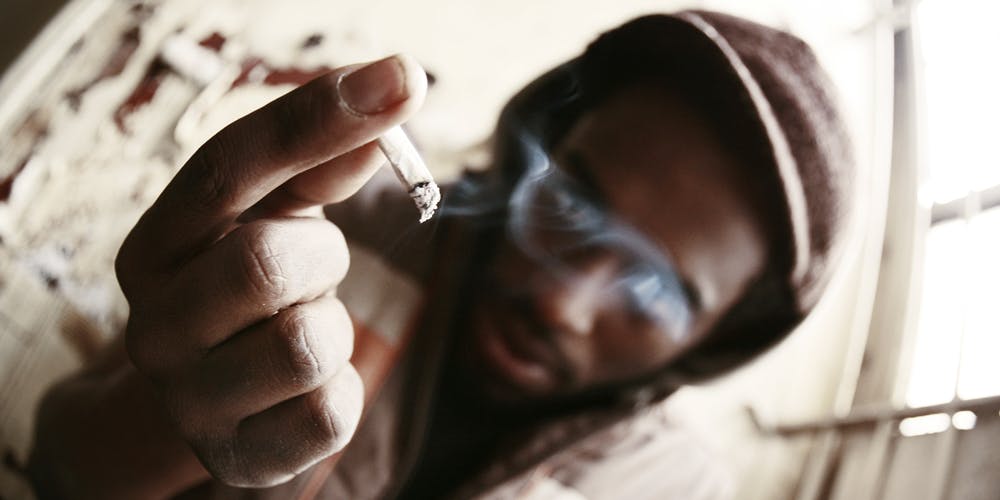 Photo by peeterv/ via Getty Images

How to tell how strong your weed is

Oftentimes, dispensaries and dealers don’t even know what they’re selling.

Do you know how strong your weed is? Most people don’t. For most people, a dealer just told them their weed is the dopest dope they’ll ever smoke or the dispensary slapped some sticker on a jar with a THC percentage.
But dispensaries are often operating in a legal gray area so it’s not likely their sticker system is regulated. And weed dealers are salesmen as much as anyone else. The potency of weed is important, especially for those who need it for medical purposes. So how can you find the truth? Luckily, there are a few ways.

There a bunch of different cannabis and medical companies that sell kits to test THC potency at home— and they’re not all equally accurate.

The simplest and perhaps least precise home testing method involves just taking a pinch of weed, shaking it in testing fluid, and waiting. After a little while, the solution changes color and you match the color of the solution to a chart to see a range of how potent the weed is. While the range, of course, is not exact, this testing method is pretty cheap and easy. The same method can be used to test edibles and CBD potency.

Other home tests are not only more accurate, but they can teach you more about the weed you’re testing. Instead of just looking for THC and CBD, they also measure other cannabinoids.

These tests are usually more difficult to do. They involve fairly precise measurements of different fluids and a certain artistry in learning how to read the residue left over after the testing process. Once you get the hang of these tests, though, not only can you be fairly confident you know how strong your weed is, you can learn more about what kind of cannabinoid profile you prefer in a strain. This can be invaluable for someone who lives in a state where weed is prohibited and doesn’t have the luxury of testing many different strains from the dispensary at once.

The best home tests are pretty accurate, but if you really want to know your weed, you need a lab test

As accurate as home tests can be, they’re nowhere near as accurate or as thorough as lab tests. Lab tests can be expensive, but if you really want to know what’s in your weed, they are the best way to find out. This measure is highly recommended for anyone who is immunocompromised and might get sick from smoking weed with contaminants. Even in California, for example, for the first six months of the legal recreational market, weed on shelves at dispensaries might have pesticides.

Labs exist all over the world but, depending on the legality of cannabis in your country or your state, it may be harder to find a lab that will test your weed. In marijuana friendly places like Canada, there are usually a handful of testing facilities near most major cities.

The most popular testing method is called High-Performance Liquid Chromatography (HPLC) in which the lab sends the solution through a high-pressure tube and detects what cannabinoids are in your cannabis at the molecular level. However, there isn’t a global testing standard for cannabis yet so it’s still possible for tests results to vary when they come from a lab.

Why test your weed?

As the legal cannabis market grows so does the range in quality of weed. It can be nearly impossible to know what you’re getting without an independent test.

For medical users, the reason to test weed is obvious. It’s important to know what you’re putting into your body if you’re hoping to treat an illness. Lab tests are the most accurate, but they’re a little expensive, usually costing more than a hundred dollars per test. Home tests are less accurate but comparatively cheap.