Dank meals and high judges? The moment we’ve been waiting for has arrived…sort of. 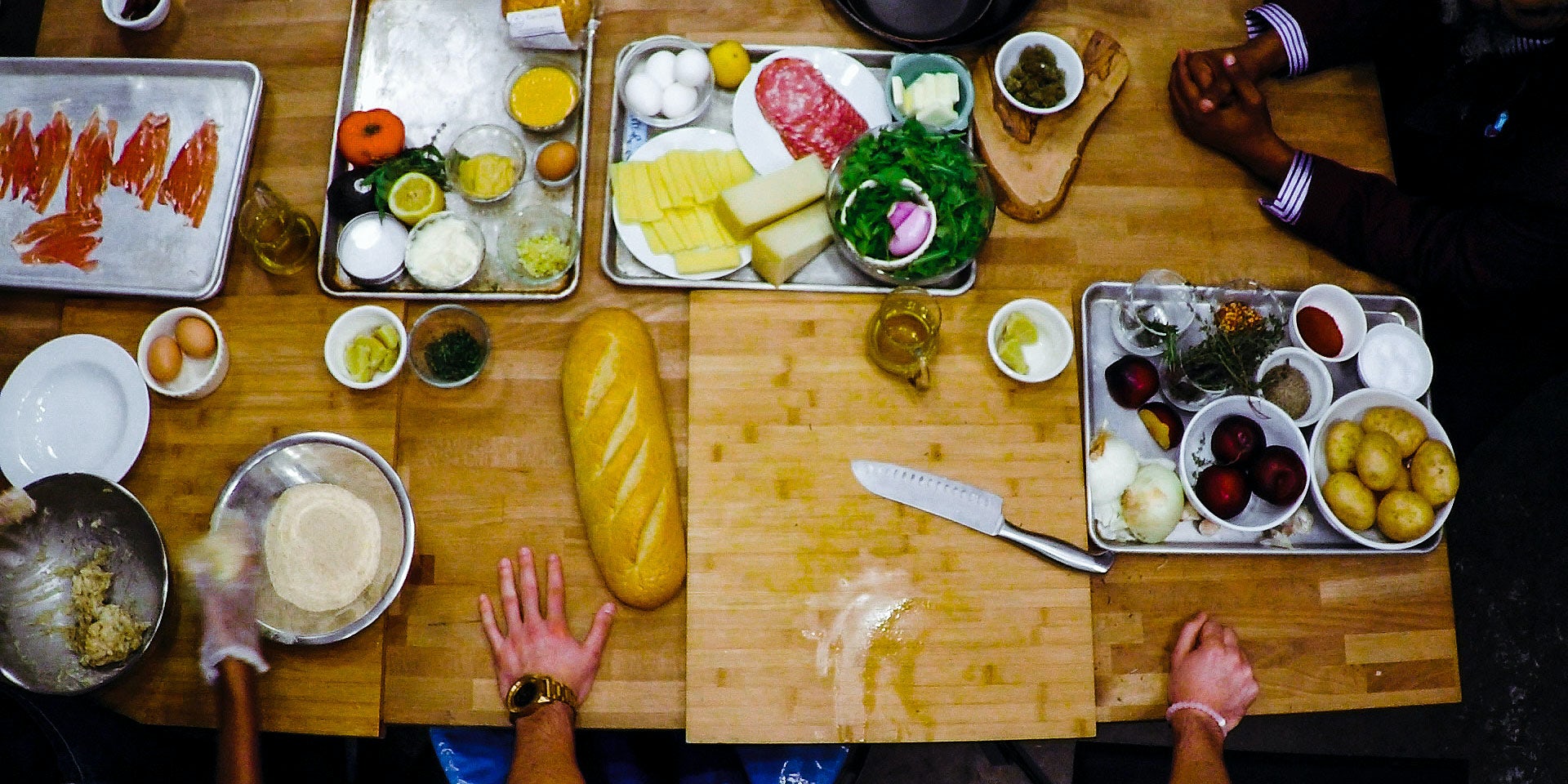 Cooking On High, the world’s first competitive weed cooking show premiered today on Netflix, but should you settle in with a few grams and binge it this weekend?

Here’s the scene: two professional chefs have 30 minutes to make a weed-infused meal so delicious, they win the “golden pot” (literally a cooking pot that may be spray painted gold). Who takes home this lackluster prize is up to two “celebrity” judges, but I can guarantee you’ve never heard of any of these so-called “stars.” The competitive cook-off is hosted by Josh Leyva, but it’s comedian and cannabis educator Ngaio Bealum who really holds the show together with his cannabis facts.

Episodes of Cooking On High are just under 15 minutes each, but unlike other network cooking shows, these chefs only cook one meal and are judged on that alone. That’s probably best considering how baked the judges seem to get after eating two cannabis-infused meals. To let the infused dishes really take effect, judges take a “THC Timeout” between eating and judging and it’s one of the highlights of the show when they come out after the edibles start to take effect. Their wide smiles and silly comments are relatable to say the least if you’ve ever eaten edibles before.

When I initially watched episode one, I was a little overly critical. But after I smoked a joint, I was able to step back and see Cooking On High for what it is: revolutionary. There’s never been a reality TV show where people can be open about their cannabis use, eat weed-infused food, and then judge their meal and its effects while high on camera. It’s the first of its kind and I’m pretty certain it won’t be the last. As someone who’s binged countless hours of reality cooking shows (read: every season of the Great British Bakeoff), I’ve always thought the one thing cooking shows are missing is weed. From stressed-out competitors to very full judges, weed and cooking shows just make sense together.

Cooking On High does lack the tension and drama of other cooking shows, where no one is high—or at least not open about it. Both chefs typically seem chill and there’s no “race against the clock” that can be standard for these types of shows.

The chefs on Cooking On High are all professional and the meals they make in half an hour always look divine. How the judges choose between the two baffles me every time. Needless to say, watching this will give you the munchies, whether you’re high or not.

But what really makes this show a breakthrough for cannabis culture isn’t the fact that they’re cooking with cannabis butter and oil. It’s Ngaio Bealum’s strain presentations and weed facts. He starts some important conversations that I’ve never heard on TV before, topics like: the difference between sativa and indica, how certain strains make people feel, why you need to decarboxylate your weed before cooking with it…things that the judges often don’t even seem to know. It’s an innovative way to educate the public on the nuances of weed and the timing of this education couldn’t be more perfect.

However, for all the major steps forward Cooking On High makes, it still feels like Netflix has one foot in the past. Despite all the education from Bealum, Netflix still panders to the stoner stereotype which the cannabis industry is so desperately trying to move away from. Like I’ve written about in my review of Disjointed, Netflix seems to think the comedic value of “stoners” lies in the fact that smoking weed dumbs you down. To me, that was reflected in their choice of judges, especially in the first couple of episodes. All judges were “stoner dudes” whose cringe-worthy jokes fell flat.

Additionally, for me, one of the biggest problems with the judges was that they were all men for the first three episodes. Because of that, they almost lost me as a viewer. The entire show has a very “stoner bro,” non-inclusive vibe, with only one woman in the first two episodes. That’s also something the cannabis industry is trying to move away from as more and more badass women break “the grass ceiling” and become thought-leaders in the space.

In episode four, that begins to change. For the first time, there’s a female judge as well as a female chef. This slight adjustment to the gender ratio moves the show from weird stories to wittier jokes and more cannabis education.

One of Cooking On High’s biggest problems is, while the chefs are prepping the meals, it’s up to the judges to fill the screen time, often with stories about eating edibles that aren’t entertaining enough to be on TV. These few minutes are a missed opportunity to further normalize cannabis. In order to do this, Netflix could have just done what it does with other competitive cooking shows and cut to footage of our competing chefs at home. This would have been the perfect way to show that successful and normal people use cannabis as part of their daily lives unlike any show has done before. But instead we’re stuck hearing about guys who eat too many edibles, bother their ex-girlfriends, and sleep through whole days. Yawn.

Otherwise, Cooking On High isn’t too half baked; the chefs, food, and cannabis education are on point. It’s a shame Netflix seems a bit stuck in the past when it comes to cannabis comedy, but I’m sure Cooking On High is only the first in a long line of weed cooking shows, and more weed TV in general, that will move the dial forward.

Get 20% off premium weed and discover the latest products, news, and deals in cannabis.
June 22, 2018 — Last Updated
Written by Michelle Janikian