Cannabis is a Forgotten Food Group According to These Scientists

Cannabis produces nutrients found in no other plant in the world. Humans have been eating the cannabis plant for over 9,000 years. So why did we stop? 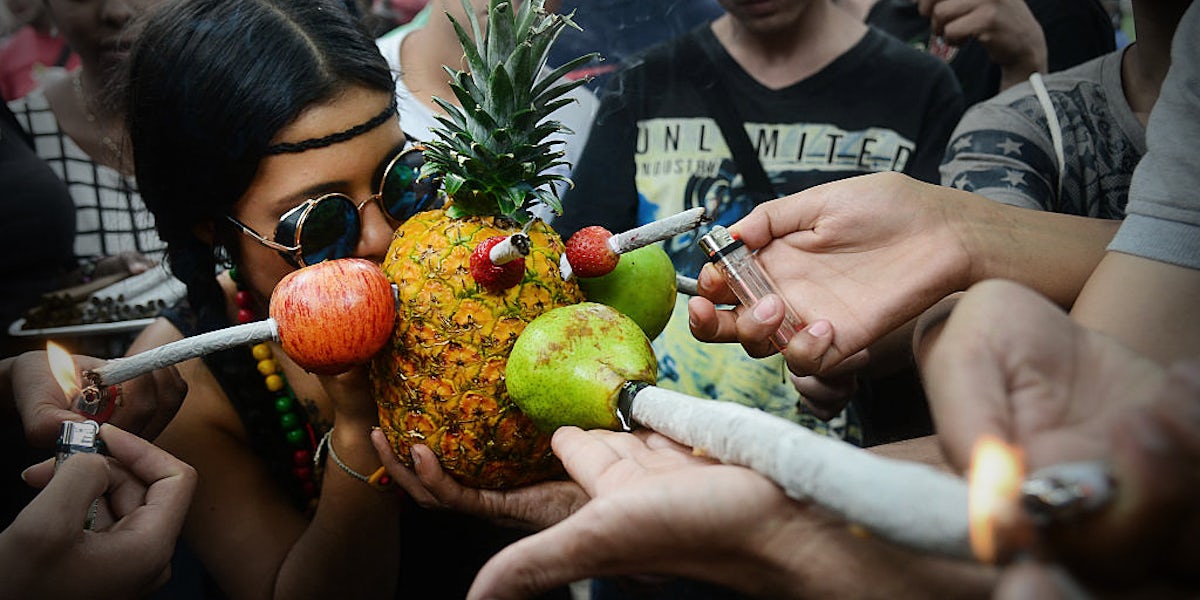 The cannabis industry may be entering the marketplace for the first time, but humans have had a longstanding relationship with the herb for upwards of 10,000 years.In fact, archeological evidence suggests that cannabis is among the oldest agricultural and economic crops. Cannabis seed, resin, and dried flower dated to 2500 B.C.E and earlier have been found in tombs throughout Eurasia. Even more astounding, remnants of cultivated hemp seed found in Japanese soil date as far back as the 10,000-year mark, the start of the Neolithic era.

According to cannabis researchers Robert Clarke and Mark Merlin, the consumption and use of cannabis were widespread throughout many different ancient cultures. The plant made its way from the fertile crescent into Europe and eventually even as far as South Africa. This would not only make the herb one of the oldest agricultural crops, but an ancient crop used widely around the globe.

However, there are a few key differences between how our ancient ancestors consumed the herb and the way Westerners do now.

Believe it or not, cannabis smoking is a relatively recent human invention. Some scholars date the popularization of hashish smoking to the Columbian era, during the early 16th century.

In the millennia prior, the plant was mostly eaten, applied topically, inhaled as incense. Even hashish, which is now used in a pipe or smoked through a hookah, was traditionally eaten before the early 1500s.

We’ve been eating cannabis for over 9,000 years. So why did we stop?

Though cannabis tinctures were used by medical professionals in the Victorian era and hemp was widely grown for fiber and seed, a wave of ignorant legal maneuvers outlawed cannabis and hemp production starting in the early 1900s. These legal changes slowly blocked individuals from accessing cannabis medicines and foods.

Anyone who has eaten a cannabis edible knows that it’s easy to go overboard. Edible cannabis is far stronger than the inhaled stuff. The psychoactive effects can also last up to eight hours, which is a long time to stay lifted. Yet, the advanced preparations made with highly potent cannabis today are a far cry from the numerous traditional preparations utilized by human ancestors. Many ancient cannabis preparations were left raw (unheated), and likely contained only small amounts of THC.

While cannabis use varied by geographical region, it is hypothesized that some women may have munched on raw cannabis flowers to ease nausea during childbirth. In other parts of the world, cannabis leaves were boiled in water and mixed with egg whites and spices then dried into a candy. Further, as Clark and Merlin suggest, it is likely that humans only discovered the psychoactive powers of cannabis while collecting nutrient-dense cannabis seed for food. A seed that happens to contain an ideal mix of brain-boosting omega fatty acids and protein.

While substantial studies on raw and dietary cannabis are lacking, emerging evidence suggests that there are more than just a few reasons why the plant may be the next big leafy green to add back into your diet.

Rich in cannabinoid fatty acids, cannabis produces phytochemicals that mimic those produced by the body to cope with stress. The human body manufactures cannabis-like compounds naturally. These compounds are called endocannabinoids, named after the cannabis plant.

These endocannabinoids have various uses in the body, though their primary function is to act as communication molecules that help nerve cells deliver messages to each other. As neurotransmitters, endocannabinoids help the body coordinate responses to stressful stimuli like pain and trauma. They also play essential roles in immune function, the sleep-wake cycle, appetite, movement, and memory function.

Not only is cannabis seed rich in the fatty acids needed for essential nerve and brain function, but the chemical compounds in the plant tap into a vital neurotransmitter system that helps us better connect our conscious experience with our bodily needs. These compounds include THC, the molecule responsible for the famous cannabis “high”, as well as CBD. CBD is a non-intoxicating cannabinoid frequently sold online as a nutritional supplement.

In raw cannabis, both THC and CBD are found in their non-intoxicating fatty acid forms, which are becoming more popular among cannabis health enthusiasts. Though research is limited, preclinical studies have found that raw cannabis acids fight pain, reduce inflammation, ease nausea, and, like many fruits and vegetables, have anticancer properties.

But, that’s not all. Recent research on the way the herb effects microbes in the intestinal tract provides even more convincing evidence on the subject.

In 2015, researchers from the University of Calgary discovered that chronic treatment with THC altered the gut microbiome of mice with dietary obesity. Amazingly, the intestinal environment of obese mice began to look like those of lean mice.

A rapidly growing body of research suggests that the human microbiome has a large influence on disease development.

Similarly, the fiber present in leafy greens like those found in cannabis provides food for beneficial gut microbes, giving them fuel that is frequently missing in a Western diet. Also like other leafy greens, cannabis leaves are rich in Vitamin K, which plays an essential role in blood and bone health.

As a leafy green, cannabis leaves contain numerous essential minerals. These include sodium, iron, calcium, magnesium, copper, and zinc. All of which are essential for proper nerve and muscle control.

Herbs and spices are some of the most phytonutrient-dense foods on the plant. Cannabis is among them. However, you don’t have to smoke the herb to reap the notable health benefits of the plant. As more research unfolds, perhaps we’ll find it’s more beneficial to eat this long-forgotten food group.

Get 20% off premium weed and discover the latest products, news, and deals in cannabis.
December 14, 2017 — Last Updated December 23, 2019
Written by Anna Wilcox