Is cannabis legalization coming to the Middle East?

Could cannabis decriminalization or legalization be on the horizon in the Middle East? This is what you need to know about marijuana laws in Egypt, Israel, Lebanon and more. 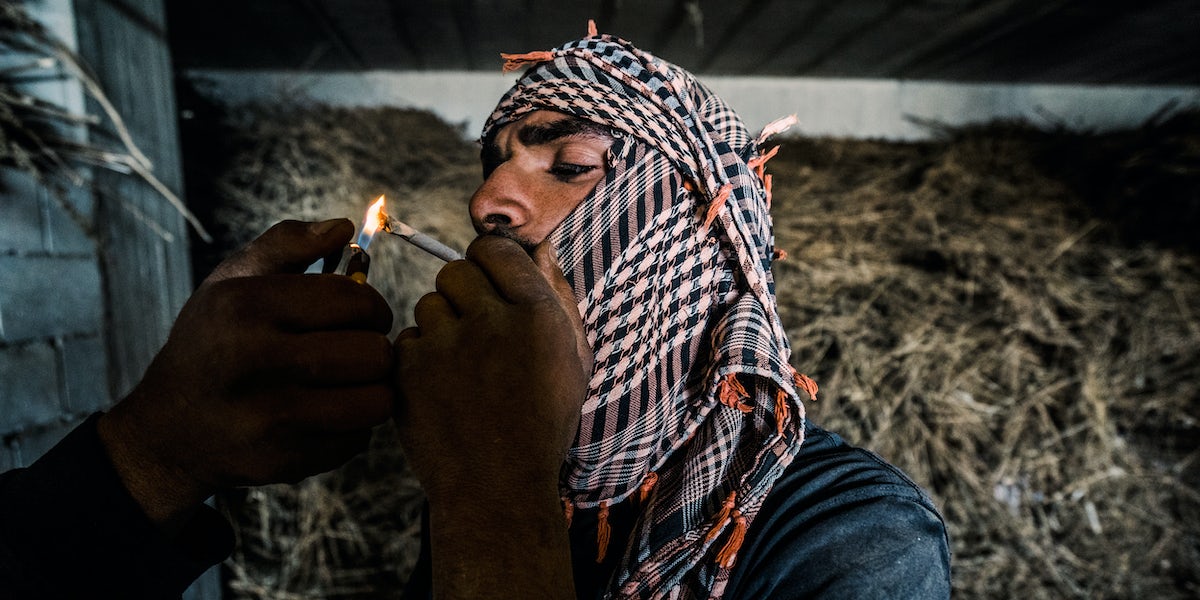 BEQAA VALLEY, LEBANON- NOVEMBER 1: A marijuana processing warehouse in the Beqaa Valley in eastern Lebanon on November 1, 2015. Marijuana is grown openly in many areas of this 75 mile long valley and then processed into hashish in large warehouses during the cold winter months. The Syrian border runs the entire eastern length of the valley which over the the past two years has been a region of extreme tension and skirmishes as ISIS incursions increase into the small Lebanese border villages with most being protected by combined Hezbollah and Lebanese Army forces. Despite the massive military presence, the valley has always been one of the most fertile strips of land in the entire Middle East helped largely by the successful Litani hydroelectricity project that was completed in 1967 creating a web of canals that irrigate much of the valley. (Photo by Giles Clarke/Getty Images)

The Middle East region is incredibly diverse, both in culture and in its laws. So the answer as to whether cannabis legalization is possible is not simple.

For a few countries, the prospect of legalization is still far off. These places either face civil strife – placing drug law reform at the bottom of the list of priorities – or have instituted strict substance abuse laws which carry mandatory minimums for simple possession and even the death penalty for traffickers.

Cannabis Laws In The Arabian Peninsula

In the Arabian Peninsula, countries like Saudi Arabia, Bahrain and the UAE strictly ban the cultivation and use of cannabis. While United Nations Office on Drugs and Crime (UNODC) reports relatively low rates of use in these countries.

As a result, there are only really three countries in the region which would be the most realistic candidates for legalization, either because of their high rate of consumption and cultivation or a general easing of cannabis laws that’s already underway.

In Egypt, though cannabis remains illegal, the Sinai Peninsula region is well known for its cannabis farms which have made that area of the country a focal point for law enforcement in the past. And though the county has a long history with hash and one of the highest consumption rates in the region, calls to legalize have been few and far between since it was outlawed by the Ottoman Turks in the 18th century and cracked down on by the regimes that followed.

Most recently in 2015, officials from the Cairo and Giza Tobacco Merchants Association called for the legalization of the hash trade, a proposal which was supported by a few lawmakers because of its potential economic benefit.

In a country of just under 100 million residents, the Egyptian People’s Assembly estimated that the country had 7 million hashish users while the UNODC placed Egypt within the top 30 cannabis consuming countries in the world.

Still, the 2015 effort to legalize did not gain the traction it needed to become law as the majority of government officials and religious leaders halted the movement in its tracks.

In other parts of the region, conflicts in surrounding countries have created a legal grey area in cannabis cultivation while poverty has turned hemp farming into a way of life. In Lebanon, cannabis farmers, “grow openly in fields by the side of public roads,” according to a 2016 report from the BBC.

Though cannabis remains illegal in Lebanon in all of its forms, the country’s ideal climate and the nearby war in Syria have made marijuana cultivation an attractive crop for farmers and a low priority for law enforcement.

In recent years Lebanon has made the list of top five cannabis producers mirroring the cannabis boom the country experienced during its 15-year civil war in the 1970s when the conflict made cannabis a lucrative crop.

While the army conducted raids on cannabis farms after the war, the current conflict in neighboring Syria has drawn their attention away from drug enforcement and toward protecting the border. As a result, the country’s cannabis farms have flourished to the point that one MP, Walid Jumblatt, called for the legalization of cannabis in 2014 as an essential move to protect the country’s economy.

The best-case scenario for cannabis legalization in the Middle East is by far Israel where the conservative-leaning Likud Party has led an effort to decriminalize recreational use.

Cannabis for medical purposes has been legal for certain conditions since the 1990s, and that list of qualifying conditions has only grown since, while the country has become a world leader in cannabis research. Israel is even the home of Raphael Mechoulam, of the Hebrew University’s Center for Research on Pain, who first discovered the psychoactive component of cannabis THC in 1964.

The country currently has more than 25,000 registered medical marijuana patients and its Ministry of Heath has allotted more than $2 million to a dozen different study programs for cannabis research which have drawn scientists and cannabis companies from around the world.

But most notably, in March of 2018, Israeli lawmakers unanimously approved the first draft of a cannabis decriminalization bill, which would remove most criminal penalties for possession and use of cannabis. Under the new law, first-time offenders would receive a fine of $1000, which would double for second-time offenders, offer a rehabilitation program for third time offenders and only require jail time for a fourth offense. The money collected from fines would go toward expanding drug treatment programs and enforcement of trafficking bans which would still remain in effect.

Enjoy the latest and greatest from Herb, enter your email below to get exciting cannabis updates delivered to your inbox.
May 03, 2018 — Last Updated
Written by Miroslav Tomoski