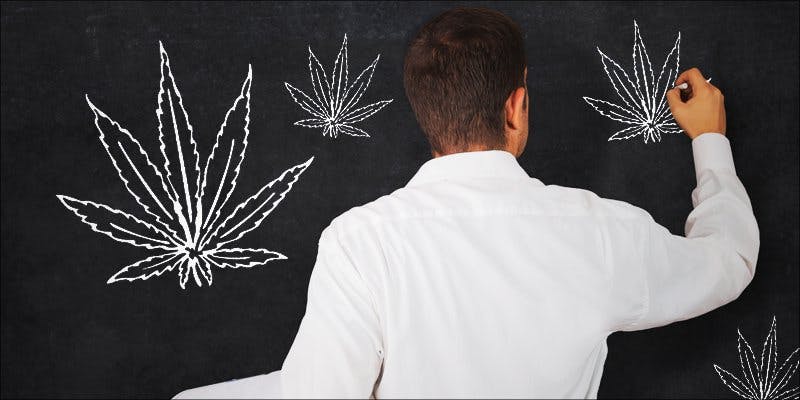 Teacher Beat Up Student Who Owed Him Weed Money

It’s not every day that you hear of students and teachers scoring weed together. However, a student and his teacher in Bronx, New York did just that.

It’s not every day that you hear of students and teachers scoring weed together. However, a student and his teacher in Bronx, New York did just that. Apparently, this teacher really wanted some bud, because he hired the kid to fetch $4,000 worth of it. But as we all know, you should never trust a child with that much cash. Not to mention, kids and teachers should never get pot together either. Nevertheless, these two teamed up regardless, and both learned the hard way.

In Bronx, New York, a teacher wanted weed so badly that he set out to hire a student to help him find some. And I’m not talking about a tiny dime bag. This teacher wanted a lot more than the small bags that kids hand out at school. In fact, his aim was to get $4,000 worth of pot.

However, the kid said to hell with the weed, I’m going shopping. In return, the teacher beat him senseless, according to the police.

Not only did the forty-eight-year-old kick the student’s tail, but he also stole his iPhone and wallet. Not to mention, he brought mom into it by threatening to have her sexually assaulted if he didn’t get his money back.

After giving the student his beating, he said,

I will kill you if I don’t get my money! I want my money in a month!

Consequently, Pope, who worked as a science teacher at John V. Lindsay Wildcat Academy in Hunts Point, faced arrest Friday morning for his actions. Specifically, for assault and robbery.

In June, Pope asked some students at the school if they knew a drug dealer. And that’s how the student, who remains anonymous, met Pope.

Once the two connected, the teen promised Pope that he could score a massive amount of weed from his buddy in Manhatten, according to sources. Without delay, Pope gave the student $4,000 and sent him on his way.

The unidentified teenager told the cops that he met the dealer near Central Park but ended up not having enough money for the hefty purchase. In fact, he was $3,000 short.

According to sources, the weed cost $7,000 total. Being that he didn’t have enough cash, he decided to say screw it and just go shopping.

First of all, the kid should have known what was to come. Not only did the student fail to get the weed, but he also spent every bit of the teacher’s money.

Sure enough, the teacher caught him three months later two blocks away from the Lafayette Avenue building and demanded his money back.

After the teenager had admitted to spending all of the weed money, Pope punched him in the face several times.

In fact, the student even needed three surgical staples to close the gashes in the back of his head, according to a source. Also, Pope stole his iPhone 6, gold chain, and wallet that held his school ID and two MetroCards.

According to a source, the teacher threatened to beat the student up again and have his mom sexually assaulted. However, the chances of that happening are unlikely, considering that Pope is awaiting arraignment at Bronx Criminal Court on Friday night.

Not to mention, all of the action is on surveillance video, so doing any further damage just wouldn’t be smart.

Although the student and teacher shared the same school, it’s unclear if he and the teenager shared the same class. When a spokeswoman for the Department of Education directed all questions to the charter school, they failed to comment further on the situation.

Nevertheless, I believe two lessons can bed learned from this incident. First, don’t ever hand a kid $4,000. Second, don’t spend the weed money on anything but weed unless it’s yours.

Do you think the teacher reacted appropriately? Should the teacher have known not to involve a student in his search for pot? Share with us on Facebook, Twitter, or in the comments below. We would love to hear from you.