Now Reading:learn | What Is “Tropical Cannabis” And Why Is It So Rare? 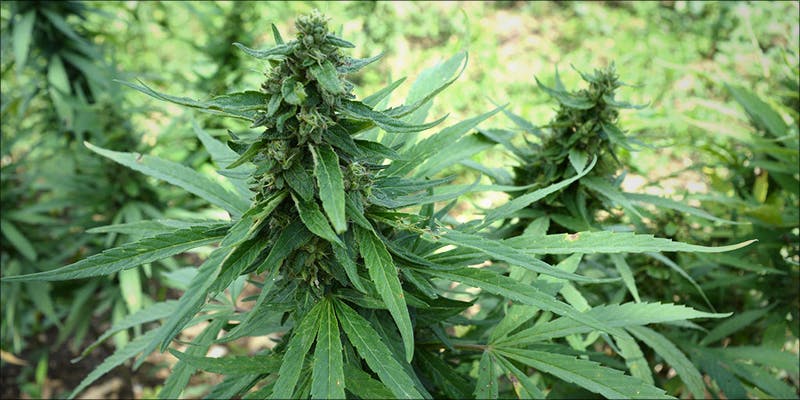 What Is “Tropical Cannabis” And Why Is It So Rare?

Tropical strains can deliver a powerful high and contain THCV, a rare healing compound. So, why are they so hard to find?

There’s no experience quite like that from a tropical cannabis plant. Often classified as sativas, these strains produce a fast zippy high that provides a quick boost of energy and a silly, euphoric sensation. Back in the 60s and 70s, stimulating sativa strains were the talk of the town. Yet, now, many of these strains are extremely rare to come by outside of their native environment. But, what’s the deal with tropical cannabis, anyway? Here’s what makes these buds so darn awesome.

What’s the deal with tropical cannabis?

In today’s cannabis world, Kush strains and fruity hybrids dominate the top shelf at many dispensaries. Yet, there is a great wide world of tropical sativa buds that deserve to be explored. Unlike the more common Kushes, tropical strains have several unique features uncommon in the contemporary cannabis landscape.

Cannabis flowers spread throughout the tropics and equatorial regions after centuries of both human and natural selection. As it stands now, most tropical strains are considered sativas.

Some cultivars of Asian sativas, like Thai and Haze hybrids in Western markets. Though, it’s arguable that the real Thai strains have already been lost to hybridization.

Yet, another type of tropical sativa seems to have faded out of the picture. Tropical and subtropical strains from central and southern Africa exist in a class of their own.

Can we bring back THCV?

Interestingly, central and southern African strains and their offspring are more likely to produce high levels of THCV. THCV is one of several dozen compounds in the cannabis plant known as cannabinoids. These cannabinoids are the reason why cannabis has medicinal and psychoactive effects.

As it turns out, recent research suggests that THCV has a host of valuable medicinal properties. The cannabinoid has been successful in improving insulin sensitivity in small, pilot studies in patients with type 2 diabetes.

Mice treated with THCV lost weight, and the cannabinoid has shown potent anticonvulsant properties in some laboratory tests.

The compound may also be what gives certain sativas a more upbeat experience than others. THCV is thought to provide that classic, sharp, and clear-headed high that makes sativas famous. Some early testing suggests that in high doses, THCV activates the same cell receptors as it’s psychoactive cousin, THC.

Growing these strains, and other landrace and heirloom sativas, outside of their native environment takes considerable craft, patience, and planning.

When trying to turn around a quick cash crop, a 12 to 14-week flowering time seems less than ideal. Not to mention, when cannabis cultivation is illegal, having tall plants around for long periods of time can be quite risky.

Due to international and domestic drug laws, conflict, and a lack of protection landrace strains like Malawi Gold, Red Congolese, and Angola Roja are considered rare and endangered.

Some suggest that many of the more famous strains found in Latin America may be descendants from African strains like Angola Roja, which is theorized to have been brought to Brazil by slaves and traders while both countries were colonies of Portugal.

But, many Latin American sativas, like Colombian Gold and Panama Red, are also few and far between these days.

Durban Poison, a landrace sativa from South Africa, can sometimes be found in dispensaries and coffee shops in other countries. Though, when available, you can count on this bud taking top-shelf prices.

All in all, tropical cannabis strains have a lot to offer, and researchers are only just beginning to figure out why some plants produce cannabinoids like THCV and CBD while others do not.

However, in a world full of Kush and boutique hybrids, there is still plenty of space to bring back THCV and the tropical buds that produce the healing chemical.