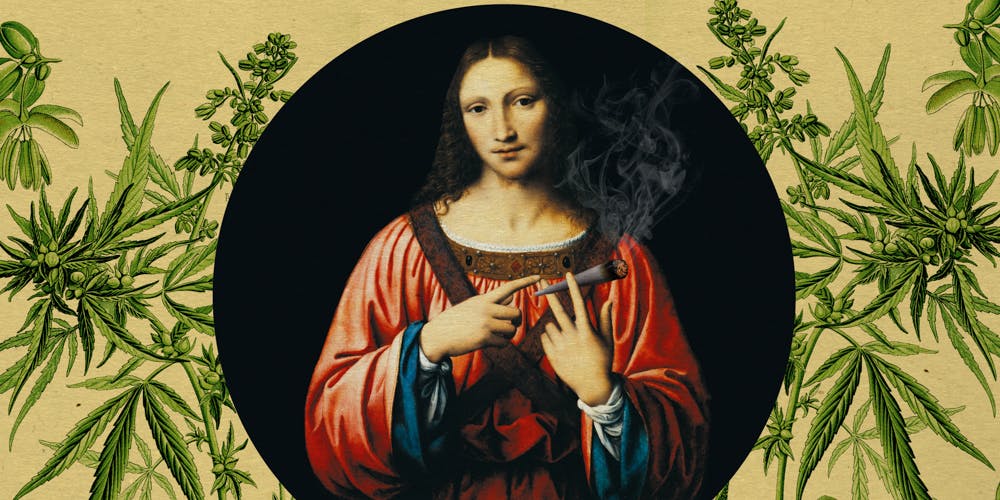 According to evidence found in Ancient Mesopotamian documents, Assyrian Medical Tablets, and in the Bible itself, Jesus used cannabis-infused oil.

Comedians love to speculate that Jesus didn’t have magic powers, but rather he was a savvy magician in a period when a simple card trick must have looked like sorcery. Instead of magic tricks, though, studies show that Jesus likely used cannabis to perform some of his healing “miracles” according to research collected by Chris Bennett, who has been researching the influence of cannabis in religion and the occult for over 25 years. According to Bennett Jesus and his apostles used cannabis-infused “holy oil” to treat lesions, the pain of crippled limbs and swollen muscles, leprosy and the “Hand of Ghost,” which is likely to be what is known today as epilepsy.

These theories stem from the inclusion of “kaneh-bosem” as an ingredient in Jesus and his disciples’ anointing oil. For a while, no one really paid attention to what this mystery ingredient was. But researchers have since found that kaneh-bosem is likely a reference to cannabis.

It seems obvious in retrospect. Say “kaneh-bosem” quickly out loud (without the silent “m”), and it even sounds like cannabis. Even if you type “kanehbosem” (without the hyphen) into Google Translator as a Yiddish word, the English translation is “cannabis.”

“There can be little doubt about a role for cannabis in Judaic religion,” Carl Ruck, a professor of classical mythology at Boston University, said to The Guardian. “Obviously the easy availability and long-established tradition of cannabis in early Judaism would inevitably have included it in the [Christian] mixtures.” In other words, of course, Jesus (who was raised as Jewish) would have used Judaic practices in his healing ceremonies. “The names Christ and Messiah, mean The anointed and make reference to the Holy oil of Exodus 30:23,” Bennett tells HERB.

Evidence of the use of infused-oils can be found in the Bible itself: “And they cast out many devils, and anointed with oil many that were sick, and healed them” (Mark 6:13). Furthermore, According to Dr. Ethan Russo, Assyrian medical tablets in the Louvre collection translate to “So that god of man and man should be in good rapport, with hellebore, cannabis, and lupine you will rub him.”

Cannabis, if infused with oils, can be applied externally and absorbed into the skin. However, some cannabinoids like CBD—a non-psychoactive chemical that is increasingly used to treat ailments like chronic pain—are more easily absorbed through the skin than others, like THC. That being said, according to a study by Health Canada, THC can be transdermally absorbed, finding that 25mg/g oil resulted in a THC penetration of 33 percent.

“The skin is the biggest organ of the body, so of course considerably more cannabis is needed to be effective this way, much more than when ingested or smoked. The people who used the Holy oil literally drenched themselves in it.” Chris Bennett tells HERB.

Chris Bennet, the author of Sex, Drugs, Violence and the Bible, who has perhaps done more than any other to advance this theory, believes that those anointed with Jesus’ oils were also experiencing cannabis’ psychoactive properties. “The surviving Gnostic descriptions of the effects of the anointing rite make it very clear that the holy oil had intense psychoactive properties that prepared the recipient for entrance into ‘unfading bliss.’” Bennet writes in his book. 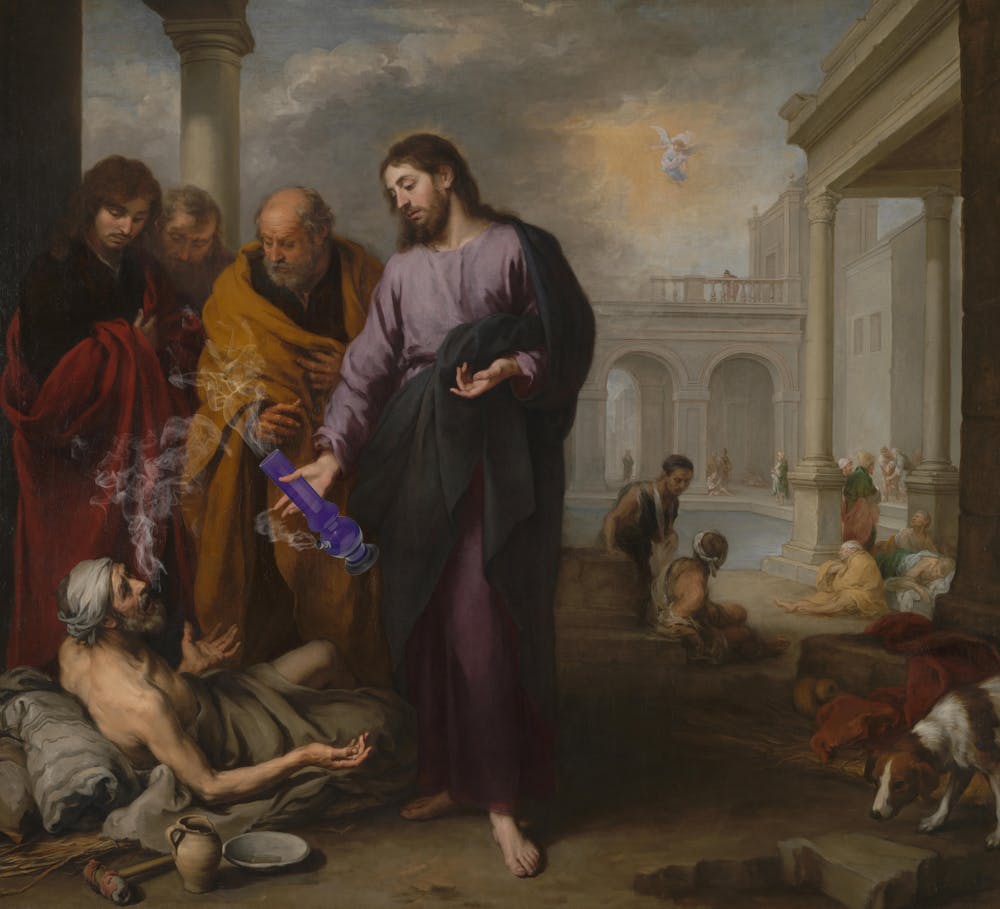 This means that when Jesus and his disciples prepared anointing oils—with myrrh, cinnamon, olive oil, cassia and of course kaneh-bosem—then lathered this concoction all over the skin of those being anointed; they would have absorbed the medicinal properties of what was essentially cannabis-oil. Similar oils are made today to treat illnesses like epilepsy, glaucoma and even cancer (now that the cancer instute admits marijuana kills cancer…). So while they may not have understood the scientific ins-and-outs of medical marijuana back then, those who are described in the Gospels as being cured of eye and skin diseases would have benefitted from being lathered in Jesus’ cannabis-infused anointing oil.

Bennett tells HERB, referencing research by Dendle and Touwaide, that the use of cannabis as medicine became increasingly controversial among clergyman and reformers in the medieval ages as it became associated with magical operations.  “These issues became more prominent with the development of witches ointments and recipes for topical preparations found in various magical grimoires.”

Still, as VICE reports, some scholars like Lytton John Musselman, a Professor of Botany at Old Dominion University, remain unconvinced. Musselman believes Jesus’ oils had medicinal properties, but not thanks to cannabis. Instead, Musselman believes the anointing oils’ medicinal properties stem from a different ingredient: Calamus. As he tells VICE, “Calamus is a very important component of Ayurvedic medicine and has been shown to have [medicinal] efficacy.”

It would be impossible to know for sure whether Jesus and his disciples used cannabis as an active ingredient in their anointing oils. Then again, as Bennett points out, people still even debate that Jesus even existed. But given the plant’s long history of medicinal and ceremonial use in ancient civilizations, it certainly would make sense.

There are further references to the use of topical cannabis treatments in ancient Mesopotamian documents that suggest that Christians used “Holy Oil” to treat a variety of ailments in the centuries directly following AD according to research by Dr. Ethan Russo. Russo shows that a Mesopotamian prescription for epilepsy was “Cannabis, styrax, oak, Ricinus, Oenanthe, linseed, kelp (?), myrrh, the wax of honey, lidrusa-plant, sweet oil, together thou shalt mix, anoint him therewith with oil.” The efficacy of cannabis in treating epilepsy has been since proved in multiple modern scientific studies.

While cannabis has been stigmatized and criminalized in modern society, there would have been no apprehensions to using the plant back in Jesus’ day. After all, as GENESIS 1:29-30 reads, “Then God said, I give you every seed-bearing plant on the face of the whole Earth, and every tree that has fruit in it.” With instructions like these, would Jesus really ignore a seed-bearing plant as aesthetically beautiful, and aromatic, and therapeutic as cannabis?