Is it safe to mail weed?

People do it all the time. 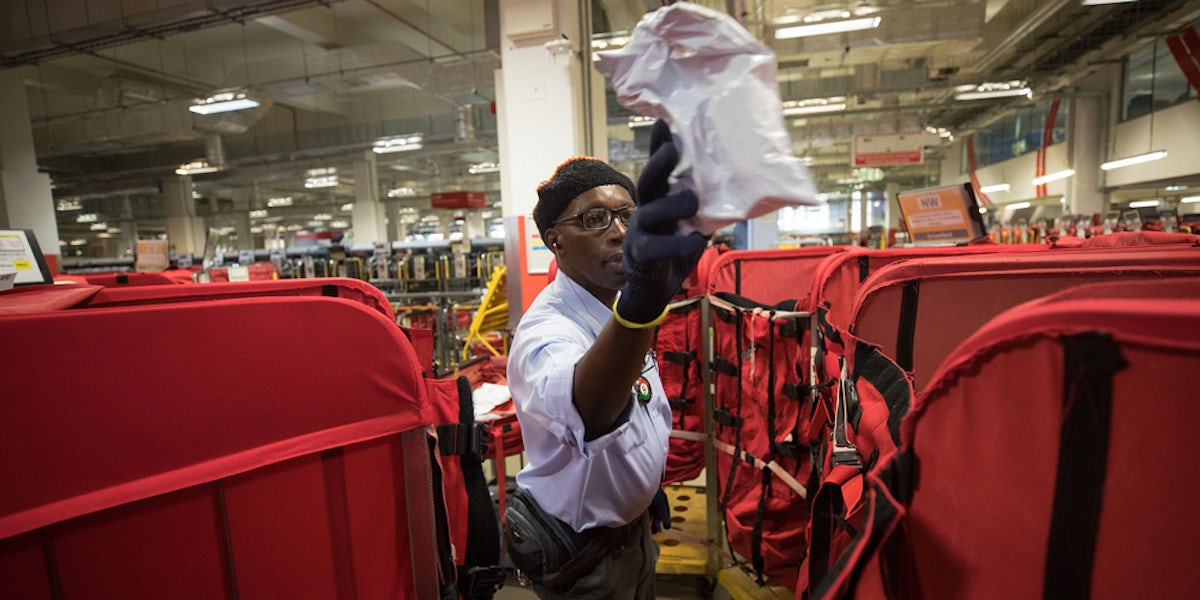 The good, old reliable post office. While technology has more or less made the postal service obsolete, there’s one thing email can’t do that the post office still can: deliver drugs. And people are really taking advantage of the post office’s last great strength.

In Northern Ireland alone, police seize more than 12 packages every day, totaling 4,618 seizures in the past year. There’s no data on how much marijuana is actually getting through to people, but evidently they’re still trying.

In many ways, the post office is the biggest and best drug dealer in the world. Police in Canada have talked about the challenges they face when it comes to mail order marijuana. Even when legalization hits, there’s still going to be illegal weed in Canada, and it will likely be sent through the mail as it is now.

Americans also love to send weed in the mail. Between 2012 and 2016, police intercepted nearly 200,000 pounds of marijuana in boxes and envelopes.

Is it safe to get drugs in the mail?

Mail delivery is so popular, it seems too good to be true. The best thing about getting drugs in the mail isn’t necessarily convenience but safety. Most countries have privacy laws protecting citizen’s mail unless it’s an obvious danger. Plus, if a person orders drugs, they can’t get caught in the act of buying them or pulled over with fresh weed in their car.

It makes sense for drug dealers too. When police found the $80,000 dollar weed package in Northern Ireland, for example, they had no way of tracking where it came from. The sender was safe, and whoever bought that absurd amount of weed, rented the property it was mailed to and was long gone by the time police came knocking.

In conclusion, mailing weed is pretty safe for buyers and sellers. But the risks are also dependent on where the buyer lives. It’s much safer in a country like Canada, because of postal service protections and relatively lax marijuana laws.

People don’t only send weed in the mail

Since it’s relatively safe, and convenient for both parties, it makes sense people would use the postal service for other drugs too. Since drugs like cocaine or MDMA are smaller and easier to transport than weed, people hide these drugs in children’s toys or basically anything else they can think of. In the world of psychedelics, it’s an open secret that people send LSD over the Canadian and American border in birthday cards.

Many of these drugs come with prison sentences and felonies. So, in countries like the UK, the US, and Canada, mail just seems like the best way to go. There are rumors that the postal office also still delivers letters.

Enjoy the latest and greatest from Herb, enter your email below to get exciting cannabis updates delivered to your inbox.
January 07, 2018 — Last Updated December 20, 2019
Written by Erik McLaren