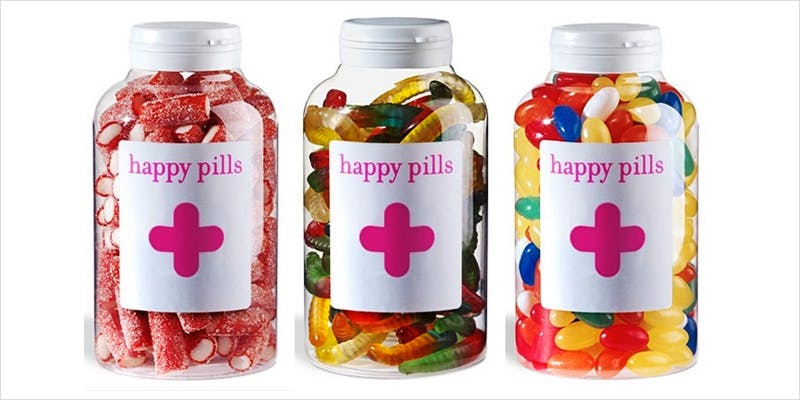 FDA: Candy Amphetamines for Kids are Safer Than THC Edibles for Adults

The cannabis industry has come under fire recently for edibles that might appeal to children. Nevermind that most small children are like goats; they will eat anything, including boogers and desk gum. Yet the infused treats, sold in dispensaries only to adults with proper ID were placed through a series of hurdles to make them less appealing to children. Ironically, Big Pharma is trying to make its potentially deadly drugs more appealing to children, and being given the green light by the FDA.

The FDA just put its seal of approval on Adzenys, a candy-flavored amphetamine for children. The ADHD medication is a slow-release dissolvable similar to Adderall and Ritalin but designed to encourage children six years and older to want to take the medicine.

No, Mary Poppins didn’t work on the product, but the sense of a disturbance is still there. Government statistics show that 75% of children diagnosed with ADHD are on a treatment plan consisting of amphetamine-based drugs. Amphetamines, as in related to meth.

Now those drugs come in a delicious, orange-flavored Pixie-Stix tablet form. Does anyone else see the potential for wide-spread overdose on the horizon?

The dangers of amphetamines

While cannabis-infused edibles keep taking heat for the potential of children accidentally eating them, cannabis is impossible to fatally overdose on. The fact that, regardless of their form, it falls on parents to keep medicines out of the reach of children is conveniently ignored.

Amphetamines, on the other hand, can cause serious overdose effects at even low doses, such as:

If the dose is even a little larger, that list can include convulsions, coma, and death. Mind you, these are just the effects if too much is taken one time. In regular, sustained use, the normal short- and long-term side effects are serious enough, including the slowing of growth in children and suicidal behavior.

Yeah, that’s exactly what I want to give my children.

And this is safer than cannabis?

We have to question an agency that will allow a medication with pages of side-effects to be put into a prescription to treat children, while still saying that cannabis is too dangerous to be used as medicine.

Cannabis, on the other hand, has none of these issues. But unlike multi-billion dollar pharmaceutical companies, the cannabis industry doesn’t have the ability to lobby for favor, or the resources to potentially bribe its way past the red tape.

The FDA and their double standards

While cannabis edibles are ridiculed for potentially being in a form children might accidentally find attractive, the pharmaceutical industry has used sugar, fruit flavors, cartoons, and candy forms to encourage children to take their medicines for decades. Gummies are now used for vitamins, antihistamines, pain relief, diabetes, and more, and are even made specifically for children.

While advocates are told that cannabis has too little research, drugs from pharmaceutical companies often only have to go through 6 months to a year of study, with limited clinical trials before being approved by the FDA.

Cannabis has been ridiculed for its application in treating a wide variety of conditions, and opponents say that the plant is falsely hailed as a panacea. Meanwhile, drug companies encourage doctors to prescribe addictive medications like Oxycontin for more conditions every day, including for children.

All of these dangerous drugs can kill you, or your children. Cannabis cannot. As a parent, this disturbs me to no end.

Do you think that the industry is simply applying different rules to cannabis to discourage its acceptance? Is Big Pharma getting away with doing the same things it vilifies cannabis companies for doing, and even more as it feeds poisons to us in candy form? Share your opinion on social media or in the comments below.