The Southern Glazer’s deal is just the latest sign that big alcohol is looking to break into cannabis. 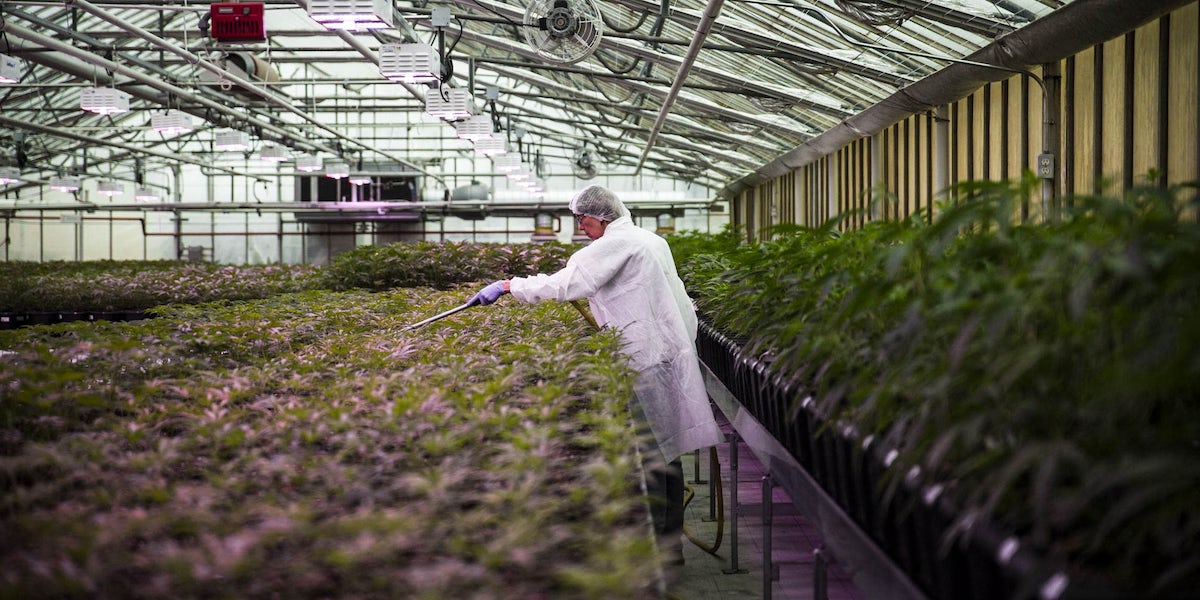 We are proud to announce that Aphria has been granted GMP certification by internationally-renowned firm SGS for the current Good Manufacturing Practice (“cGMP”) standards established by the United States Food and Drug Administration (“USFDA”) for Active Pharmaceutical Ingredients and Finished Pharmaceuticals. The USFDA cGMP standards are incredibly rigorous and internationally-recognized for the safe and consistent production of human medicines. Aphria is the first Canadian licensed producer to receive certification from SGS at this standard. This is a significant milestone in our continuous efforts to apply best practices to make the highest quality and safest #medicalcannabis products possible for our patients. (Photo by aphria via Facebook)

America’s largest liquor distributor, Southern Glazer’s, has announced that it will be entering the Canadian cannabis industry in partnership with one of Canada’s largest legal cannabis producers, Aphria.

Southern Glazer’s, as cannabis distributor Great North Distributors, will distribute cannabis products on behalf of the Ontario-based licensed producer in a deal which Aphria says will give it access to cannabis retailers across the country.

Southern Glazer’s, which distributes wine and spirits across 35 American states, also currently works within the Canadian alcohol industry as the distributor for brands like Bacardi and Tito’s Vodka.

With legalization just around the corner, the country’s medical marijuana producers have been gearing up to make the transition to the recreational market. As parliament continues to debate the Liberal government’s plan to legalize, it’s expected that the initial legalization deadline of July 1st will not be met. Instead, both lawmakers and industry insiders have said that they expect recreational cannabis to be legalized by the end of the summer.

Southern Glazer’s announcement comes just weeks after two of the country’s largest legal cannabis growers announced major deals of their own. Canopy Growth announced that it has applied to list on the New York Stock Exchange, while Aurora Cannabis sealed a $2.2 billion deal to acquire MedReleaf, making it the largest cannabis grower in the world.

The Southern Glazer’s partnership is just one more sign that Canada is on its way to becoming a global leader in cannabis, but it also indicates that the country’s legal cannabis market will be dominated by just three major companies which have had a headstart as established growers in the medical market.

In February, Aurora also announced that it would purchase 20 percent of Alcanna Inc., a company which currently distributes alcohol but intends to move into the cannabis sector after legalization. In addition to this deal, Aurora has reached an agreement with Canadian pharmacy chains, including Shoppers Drug Mart, to become their exclusive supplier.

Get 20% off premium weed and discover the latest products, news, and deals in cannabis.
May 28, 2018 — Last Updated
Written by Miroslav Tomoski