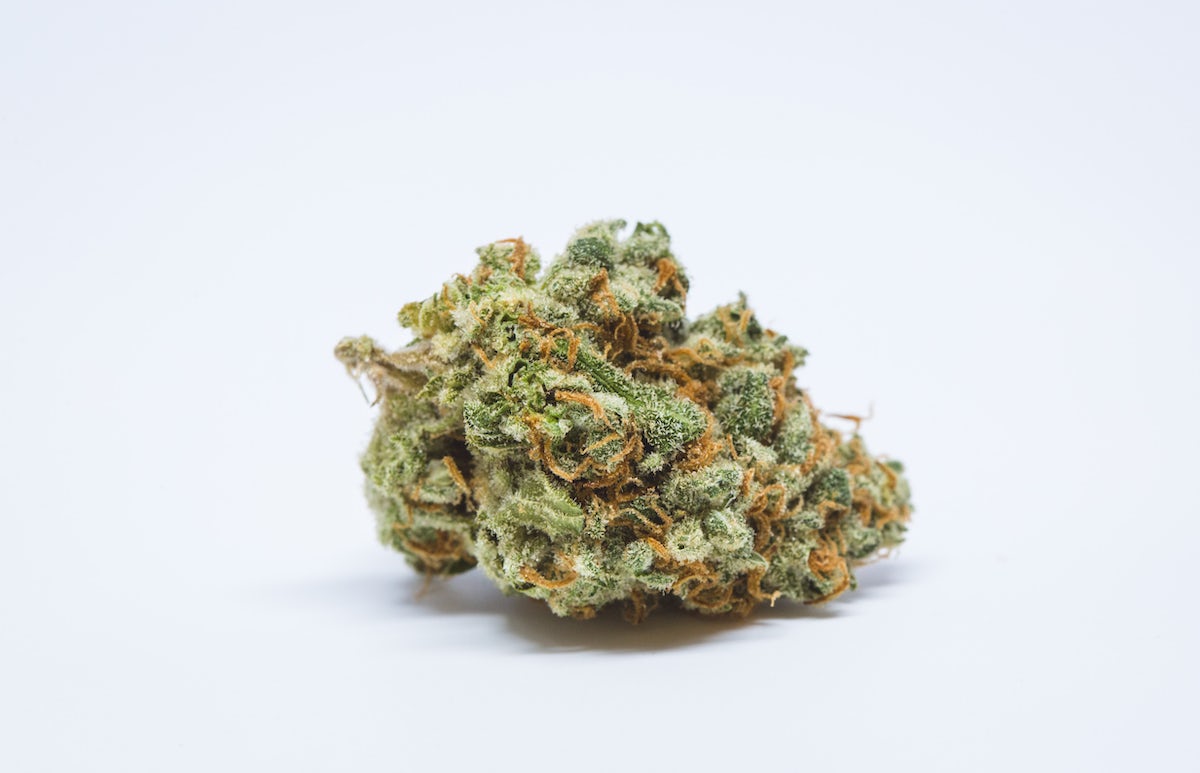 Casey Jones is a lovely Sativa that promotes happiness and alertness. Great for the morning, this lemony delight features between 15 and 18% THC. Its namesake was a train conductor from Tennessee who risked his own life in 1900 to save his passengers from a head-on collision. This strain has since been immortalized as a character on the Teenaged Mutant Ninja Turtles and in a song by the Grateful Dead. This strain is appropriately descended from Oriental Express (Trainwreck, Thai) and East Coast Sour Diesel.  With its uplifting effects and high THC content, Casey Jones is a true hero strain.

Casey Jones is a cheerful Sativa cross between Trainwreck, Thai, and East Coast Sour Diesel. The result is a happy and spirited flower with moderate amounts of THC (18%) and an herbal lemon aroma. Like other Sativas, the effects of this marijuana strain are felt mostly in the head. This strain is known to lift mood and provide as much mental energy as your morning cup of coffee.

Perhaps named after the badass Teenage Mutant Ninja Turtles character, Casey Jones is one powerful stress fighter and provides a strongly energizing, cerebral high. The head high produced by this strain will spur your creative side. With a slight body buzz followed by its powerful cerebral effects, Casey Jones is a conversation starter and will help you break that social shell.

Though this strain has mind-melting parents, there is a relaxing quality to Casey Jones that makes this flower a popular choice for winding down on a day off. However, don’t get too comfortable. Casey Jones is lively enough to be used during the daytime or morning.

Casey Jones is a sassy sativa cross between Trainwreck, Thai, and East Coast Sour Diesel strains. Trainwreck is a slightly sativa-dominant hybrid strain with a quick onset and a buzzy, upbeat mood.

This is a powerful landrace strain famous for inspiring a nearly psychedelic experience. Sour Diesel is yet another lively sativa that is as energizing as a cup of coffee.

It’s safe to say that Casey Jones has some serious sativa lineage. All parent strains are reputable and have earned their keep in the cannabis hall of fame (if there is one…).

The end product is a glistening flower featuring between 15 and 18% THC on average. This strain is considered moderately potent, making it a good choice for folks who are a little unfamiliar with cannabis.

This strain has a strong lemon aroma, adding to the stimulating vibe from this bud. The sharp citrus notes in Casey Jones are balanced by a deep earthy, herbal quality and slight hints of sweetness.

The overall bud is an herbal delight that will satisfy your cannabis craving and leave a pleasant taste behind (especially if you dab).

Medical marijuana consumers suffering from chronic stress or poor appetite tend to enjoy this strain. It’s also useful for headache relief. For those with depression or metabolic disorders, this strain can act as an herbal pick-me-up for chronic fatigue.

Enjoy the latest and greatest from Herb, enter your email below to get exciting cannabis updates delivered to your inbox.
December 04, 2016 — Last Updated
Written by Anna Wilcox