Flying With Weed: How To Get Cannabis Through Airport Security

I’m not a medical patient. This is how I recently flew with about five grams, five vape pen cartridges, and about 500 mg of THC in edibles in my checked bag without getting caught. 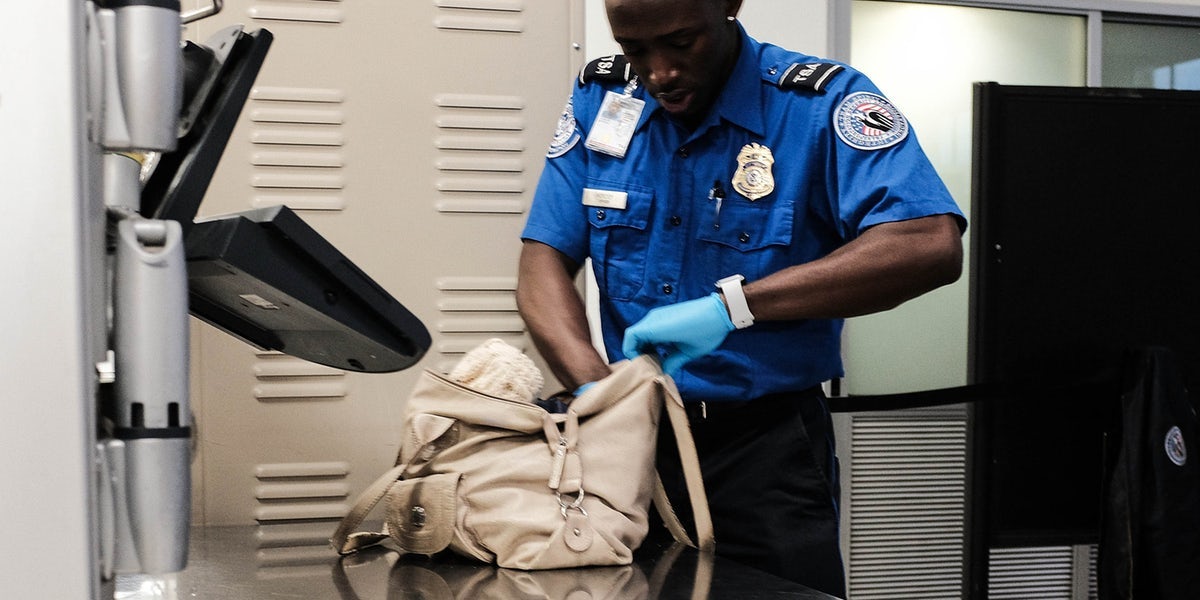 I was a little more nervous than usual on my way to the airport this morning. While I’m never zen on the way to fly, because of the weed, vape pen cartridges, live resin of the best weed strains, and edibles I had distributed throughout my carry-on and checked bag, I was a little extra sweaty. But since I packed my bag expertly the night before by hiding my stash “in plain sight,” I was fairly confident flying with weed was going to be fine.

Scared of traveling with weed? It can be nervewrecking. The good news is that you don’t longer have to. Click here to go to Botany Farms website and order some weed online. They have premium hemp flower and deliver to all the states in the U.S. Avoid the fear and order some premium flower online and have it delivered at your destination. Here’s our pick for the best sativa flower you can get from Botany Farms: 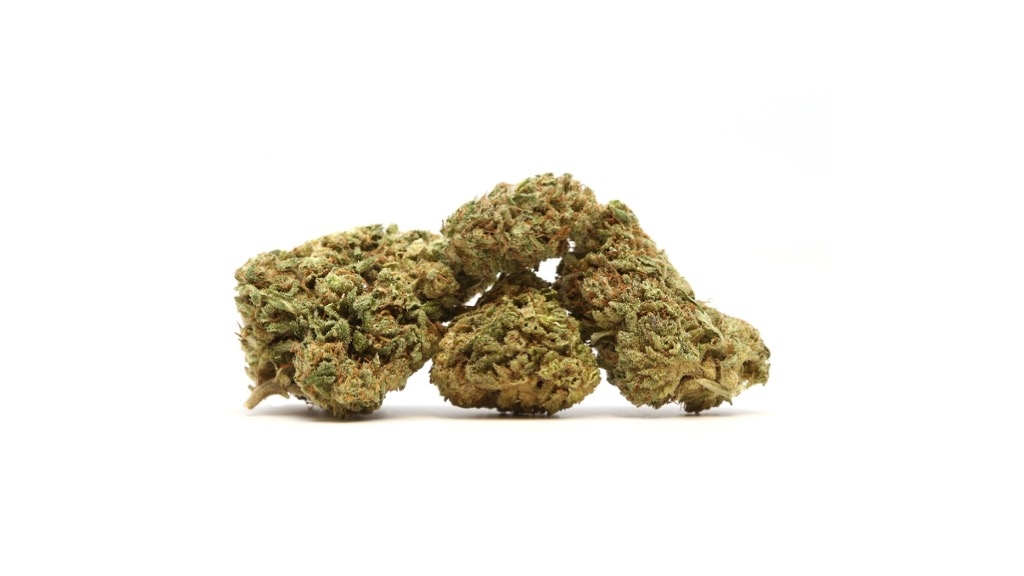 Is Flying With Weed Possible?

Yes, flying with weed is possible, even though the TSA is a federal agency. Run by the Department of Homeland Security, the TSA is not looking for your personal use amount of weed, edibles, or even concentrates. The TSA is looking for liquids, weapons, bombs, and anything else that could potentially put a plane full of people in danger. While you definitely shouldn’t smoke at the airport or on your flight, the TSA is too busy to track down every gram of weed people fly with.

If the TSA does flag your belongings and finds you’re flying with weed, the protocol is that they call the local police – not other feds, like the DEA. At your departure or arrival destination, the worst case scenario is you have to explain why you’re flying with a few grams to a local cop.

Therefore, it’s important to know the law where you are and where you’re going. If you’re in a place where weed is legal, be sure to stay within local regulations. For example, in California, rec users can carry up to one ounce and are also allowed to fly with that amount out of San Francisco International Airport (SFO). If you have your medical recommendation, definitely bring it on your trip. Med users at SFO are permitted to fly with up to eight ounces of flower, so it really changes things.

However, knowing the local laws of your destination is just as important. Flying with weed within the same state is easiest, especially if it’s a state that has adult-use cannabis. But, it’s also possible to fly with weed to places where it’s not legal, but it’s still important to know the local law in the slight chance the cops are called. For example, maybe your destination doesn’t have recreational cannabis, but has decriminalized up to seven grams of possession; therefore travel with a quarter of flower or less.

How To Fly With Weed

The most important thing to remember when you’re packing is to comply with TSA regulations so you don’t attract attention to your luggage. For your carry-on, that means no liquids over three ounces and keep all of your little liquids together in a clear plastic bag. Also, remember to separate your computer and over electronics to avoid getting your bag searched in general. The same goes for your checked bag, keep all liquids together sitting right on top in case they do check. Plus, don’t pack anything that will draw attention to your bag, like liquids over three ounces, knives and other weapons, lots of cash, or powders.

However, I’m not a medical patient and recently flew with about five grams, five vape pen cartridges, and about 500 mg of THC in edibles in my checked bag and was fine. The biggest advantage of flying with weed in your carry-on is the ability to explain yourself to TSA or local cops if they do search your things and find some weed. With checked bags, you won’t have that opportunity and there’s a chance they will just throw your cannabis out if found.

There are definitely risks to both and if you’re prone to nerves like me, flying with weed, in general, can definitely make you anxious. I decided to risk it recently and packed my stash in my checked bag according to these tips:

Getting Cannabis Through Airport Security

The best way to travel with cannabis flower is to pack it in empty, opaque pill containers with a cotton ball on top. When I flew recently, I put about two grams of a sativa in a vitamin container and about three grams of an indica in a melatonin bottle. If you’re nervous about flying with weed, especially flower, don’t travel with more than an eighth (3.5 g) or so.

Where you put the vitamin bottles full of weed is also important. I like to pack them among other pill bottles in a toiletries case with a zipper. The scanners at TSA are looking for things out of the ordinary, so if you pack your weed “in plain sight” among other vitamins and pills you’re bringing along, it won’t stick out. I also make sure to not pack any liquids in the same toiletries bag as my weed. This way they have no reason to go through it. It’s also important to find a toiletries bag that doesn’t let the scent escape too much. We’d also recommend packing any actual flower at the bottom of your suitcase.

How To Fly With Shatter, Wax, And Vape Cartridges

Extracts can also be “hidden in plain sight” when you’re packing. I traveled with half a gram of live resin in a little glass jar, which I packed with my toiletries, again. In fact, when I’m planning on flying with weed, I bring an extra toiletries bag or two, more than I would actually need for my soap, shampoo, and makeup. It gives me extra space to distribute my weed among similar-looking things without drawing attention to any of it. Because the live resin in a jar was about the same size as a little jar of lip balm, it blended in fine.

I was able to pack a few extra vape cartridges in a similar fashion, in my make-up bag. To me, the loose cartridges look enough like mascara or perfume to blend in. Again, it’s important not to pack too many. I may have overdone it traveling with five even though I wasn’t caught. Just do the math to see if you’re traveling with more than three ounces (about three grams) of cartridges to not draw attention. I should also note I traveled with one cartridge and the actual pen in my carry-on and had no trouble.

Edibles are probably the easiest cannabis products to fly with because they resemble “drugs” the least. Depending on the shape of your edible, pack it with similar-looking products. If it’s a baked good, try to remove any weed leaf labels and pack in with other snacks in your carry-on or checked bag. Many edibles come in child-proof punch out packaging that looks just like pills, so those can be packed with any meds or vitamins you might be traveling with.

Because TSA is so strict when it comes to liquids, I would suggest you skip them. Although it’s possible to fly with less than three ounces of liquid without drawing attention to yourself, these products are actually the riskiest. If you’re a med patient that needs CBD oil, pack it in your carry-on with your medical recommendation handy to show a security officer. Otherwise, I’d say stick to a reasonable amount of flower, edibles, and extracts instead.

Flying with weed can be easy! Do you have any tricks you swear by? Share them in a comment below!

Enjoy the latest and greatest from Herb, enter your email below to get exciting cannabis updates delivered to your inbox.
August 12, 2019 — Last Updated October 14, 2020
Written by Herb

Whether you’re new or back after a long break, here are the best strains for first-time weed smokers.

It's the season to pair weed and books and mentally escape to faraway lands much warmer than this.

Here's our selection of the five essentials accessories that every successful cannabis enthusiast should have. Created with BASIX.

Finding a strain that's perfect for you is hard. Here are five premium strains designed to match any lifestyle, mood, or activity. Created w…

Believe us; safety is the most important thing to look for in a vaporizer. Here's what you should look for in your vape to make sure it isn'…