Now Reading:learn | Here is the Definitive Guide to Weed Weights 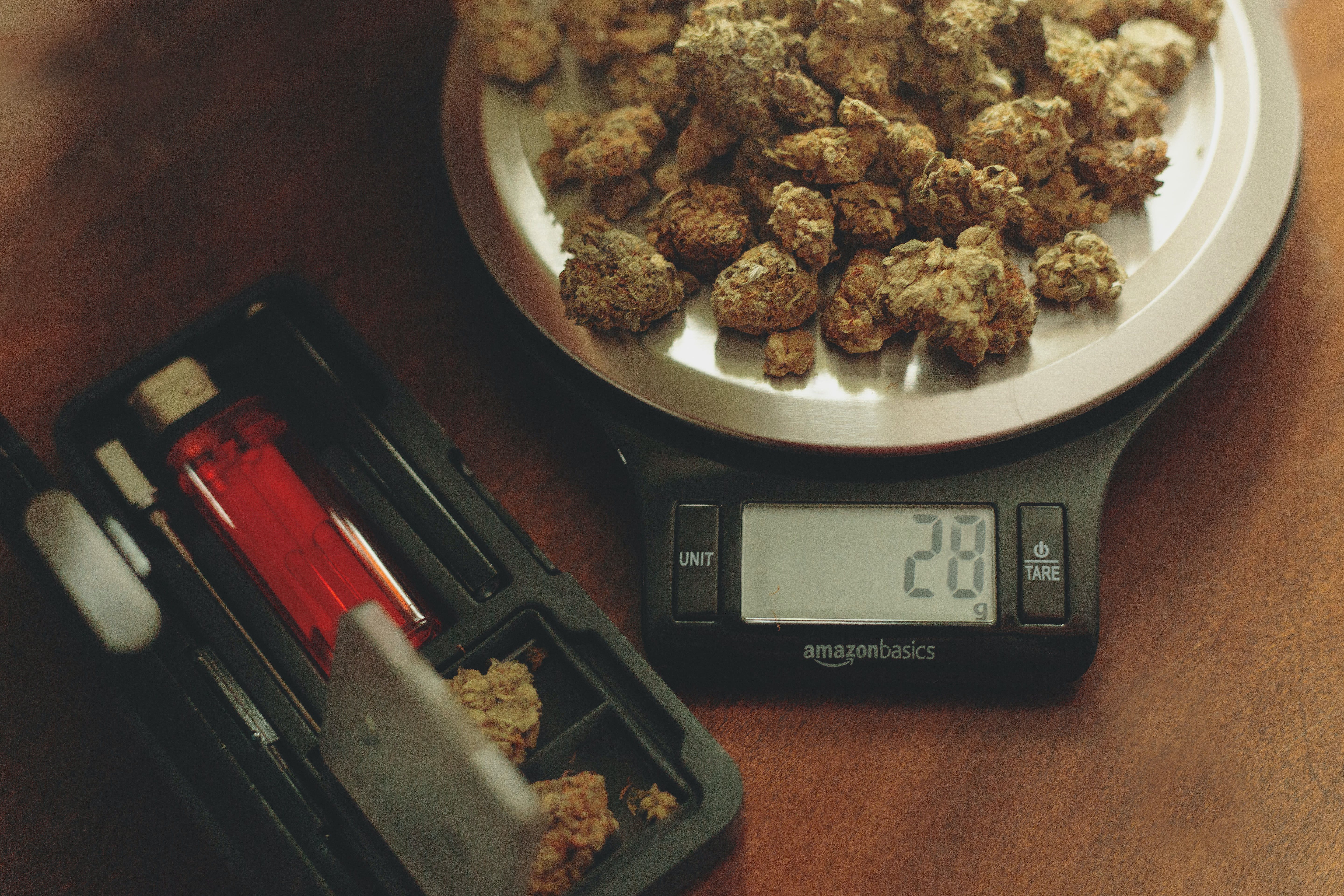 Here is the Definitive Guide to Weed Weights

Caught off guard by the terminology? Read our guide to weed weights.

In the unlikely event that you didn’t know by now, marijuana is bought and sold by weight. Since even a little is precious, users have broken standard units down by metric scale for most of modern cannabis history. The law also has a role to play, as the difference between a few grams and over an ounce mean the difference between a fine and jail time in legal statutes all over the world. As a result, it’s important to know how much weed you have, as well as what each measurement usually costs.

When you hear words like dime, dub, half, OZ, and lid, you usually end up with a headache unless you are familiar with what those words mean. Don’t feel bad, with legalization, there a lot of people just learning about buying weed for the first time.

Keep in mind that physical appearances might vary depending on the strain you are buying. Indica buds are usually more densely packed and will appear to contain less weed, but measure the exact same when weighed.

Half a gram to a gram is about enough to roll a standard joint, but it’s getting more difficult to find people who still sell in such small quantities. The standard unit of sale in most of the nation is an ounce. It is also the personal possession limit in most legal states, and the difference between a misdemeanor and a felony in other states. In non-legal states, weed generally costs more because of the inherent risk of being caught, especially for someone dealing since they have to hold onto large quantities and wait for customers to buy it.

In recreationally legal states, you can get some high-quality herb for $200 – $250 dollars. In non-legal states, especially with high populations like New York, you are looking at $300 – $350 for the same amount.

When it comes to concentrates, they are smaller and more potent than the equivalent amount of raw bud they represent. A full ounce, or 28 grams, of good weed will make only 2–6 grams of concentrate. This is great for getting high, but the price gets higher as well. Dab-able concentrates can go from $20 – $100 dollars a gram. That is why legal weed is the new gold rush. In some states, concentrates are worth more by weight than gold.

Liquid oils, like Rick Simpson oil used to treat many medical marijuana patients, can run about $25 a gram, and an ounce of raw bud will make about 3-4 grams of oil.

As for tinctures, an eighth of raw bud will make about 30–34 doses of tincture. A bottle of about 100 drops costs around $20.

So here are how the basic weights break down. They’re pretty straight forward measurements that increase about evenly in price as they do in weight.

A gram is likely the lowest possible amount you can purchase and is about the size of a small nug. It’s usually worth about $10 in most states, hence the term dime bag for a gram of weed. A nickel refers to half-a-gram and unless your dispensary is run by Jay and Silent Bob, they’re not likely to offer this amount.

An eighth of an ounce or 3.5 grams. This is a typical bag of weed which will fill just the bottom of a Ziploc bag. An eighth is about the same amount of weed that has been referred to as a ‘dub sack’ or a $20 bag of weed named after 20-inch rims.

A quarter refers to a quarter ounce or seven grams of weed. Also known as a quad, but not to be confused with the other use of the term quad, which describes weed that is considered to be of exceptional quality and refers to that particular product being assigned a quadruple-A rating by a dispensary.

At this point, you probably get the flow of things. It’s quite simple, this is 14 grams or two-quarters of weed.

If you’re buying weed in measurements any larger than an ounce, you’re probably quite the entrepreneur and don’t really need this guide.

As a bonus, a “lid” is a term you will only hear from older smokers or in movies. it measures up to the odd limit of about 21 grams, or enough to fill the lid of a large Helman’s Mayonnaise jar. Commonly mistaken for meaning an ounce.