Now Reading:health | Anandamide (AEA): The Bliss Molecule is the Human Version of THC 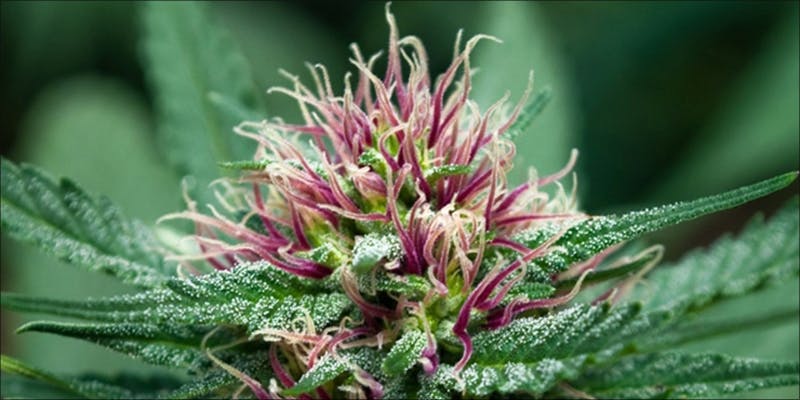 Anandamide (AEA): The Bliss Molecule is the Human Version of THC

Did you know that there is a molecule that can make you feel bliss? As it turns out, humans make their own version of THC.

Were humans born to consume cannabis? You know EVERYTHING about cannabis: where is marijuana legal, how to clean a pipe, how to make a bong or what is sativa are questions that you can answer without thinking but, probably, you didn’t know that the human body produces its own version of THC. Not only does this molecule make you hungry, blissed-out, and sleepy, but it vital for a cornucopia of different bodily functions. The compound in question? Anandamide, the bliss molecule. Here’s what you need to know about the human THC.

What is anandamide (AEA)?

Simply stated, anandamide (AEA) is the human version of THC. Dubbed the “bliss molecule” by William Devane who discovered the compound while working with Raphael Mechoulam, the man who, along with his research team, discovered THC. The root Ananda- is Sanskrit for bliss.

This molecule is one of two primary compounds called endocannabinoids, which are the animal versions of the molecules that the cannabis plant produces. Anandamide’s full name is N-arachidonoylethanolamine.

The ECS is a vast neurotransmitter network that plays a role in a wide variety of bodily functions, including:

While anandamide may be the most well-known endocannabinoid, it certainly isn’t the most abundant. In fact, research suggests that 2-Arachidonoylglycerol (2-AG) is present in the brain at concentrations 170 times greater than anandamide. However, anandamide still works its magic in both the central and peripheral nervous system.

What does anandamide do? There is still much to uncover about the roles of anandamide in the body. However, researchers have made several major findings that detail the ways in which the molecule contributes to well-being. Here are just a few:

It may come as no surprise, but the bliss molecule can make some major contributions to mental health. A 2016 study published in the journal European Neuropsychopharmacology found that anandamide treatment successfully eased depressive behavior in diabetic male rats. When the rats were treated with a compound that blocked anandamide, the effects were reversed.

Additional 2014 research published in Translational Psychiatry found that preventing the breakdown of anandamide in the body improved mood and reversed stress-induced anxiety in rodents. In the experiment, mice had been exposed to a foot shock as well as a maze test. Low levels of anandamide were negatively correlated with stress, anxiety, and fear response.

Pain relief is another major reason why anandamide is important in the body. A review published in 2013 suggests that the compound regulates pain and inflammation through a couple of different channels. These channels include the CB1 cannabinoid receptor as well as a receptor called TRPV1. The TRPVI receptor helps the body feel heat and pain.

Additional research suggests that drugs that prevent the breakdown of anandamide may be beneficial for future pain management. Unsurprisingly, some cannabis compounds inhibit the degradation of AEA.

The “runner’s high” and cannabis high may not be all that different. While endorphins were thought to be the culprit for the longest time, back in 2015 some smart German researchers pointed out that endorphins are actually too big to pass into the brain. Instead, it looks like anandamide is the molecule for the job.

A study published in PNAS found that cannabinoid receptors are “crucial for main aspects of a runner’s high.” Levels of anandamide increase in the blood after exercise and the molecule is able to pass through the blood-brain barrier. The molecule is thought to improve mood and decrease pain after intense exercise.

Feeling a little hungry? Anandamide seems to play a critical role in appetite regulation. In fact, the bonds between anandamide and food appreciation have long roots. Mothers pass anandamide off to their babies through breast milk. Based on animal research, scientists speculate that the presence of anandamide triggers suckling in newborns.

Unfortunately, the pharmaceutical came with serious psychiatric side effects. It was eventually withdrawn from the market because it increased the risk of suicide.

Anandamide is a molecule that helps you forget. In a documentary rendition of Botany of Desire, author Michael Pollan describes asking the renowned Dr. Mechoulam about the purpose of a molecule to help you forget. He explains,

It didn’t seem adaptive to me to have a drug for forgetting. Memory, we understand, has great survival utility […] But why would forgetting be adaptive? I asked Mechoulam this question, and he said: ‘Well, tell me, do you really want to remember all the faces you saw on the subway in the morning?’

How does cannabis affect anandamide?

For one, while it may be a subject of debate, research suggests that THC is a partial agonist of the CB1 and CB2 receptors. This means that while it does engage the receptors, the cannabinoid is a bit clunky.

Secondly, THC has a significantly longer half-life than AEA. AEA breaks down within 30 minutes, while THC can still be excreted in the urine for seven days after a heavy dose of the cannabinoid.

While THC may take over the traditional landing sites for AEA, other cannabinoids affect the molecule in different ways. Research suggests that cannabidiol (CBD), a compound which does not cause a psychoactive “high”, may improve the circulation of AEA by preventing its breakdown. Cell line research suggests that CBD treatment prevents a particular enzyme, FAAH, from degrading AEA. This is thought to boost the amount of AEA in the body, perhaps easing anxiety.

How your body utilizes anandamide may be a genetic thing. As it turns out, some lucky people may have a genetic predisposition that helps them maintain higher levels of anandamide. In an editorial for the New York Times, Dr. Richard Friedman, a professor of clinical psychiatry at Weill Cornell Medical College, writes:

For the first time, scientists have demonstrated that a genetic variation in the brain makes some people inherently less anxious, and more able to forget fearful and unpleasant experiences.

This lucky genetic mutation produces higher levels of anandamide – the so-called bliss molecule and our own natural marijuana – in our brains.

The mutation blocks a certain enzyme, FAAH, from breaking down anandamide. In theory, this increases the circulation of the endocannabinoid in the body. According to this logic, the more anandamide, the more likely you’ll feel chill and relaxed.

Unfortunately, while some lucky cats have won the genetic lottery, others may have missed out. Genetic research published in JAMA Psychiatry has found a correlation between major depression and the likelihood of cannabis dependence. It’s important to note that while many patients self-treat with the herb, this early evidence suggests that genetics may play a key role in how a person responds to cannabis and cannabis medicines.

In 2008, neurologist and medical researcher Dr. Ethan Russo suggested that some people may experience something called endocannabinoid deficiency (CECD). Russo speculates that a deficiency in endocannabinoids like anandamide may contribute to some serious health conditions. Thus far, the evidence is most promising for migraine, fibromyalgia, and irritable bowel syndrome.

However, in an updated review, Russo suggests that imbalances in the endocannabinoid system may play a role in conditions as far-reaching as, autism, Huntington’s disease, multiple sclerosis, Parkinson’s disease, motion sickness, post-traumatic stress disorder, and more.

Cannabis is a natural plant that happens to contain copious medicinal compounds that engage the ECS. As mentioned above, THC hijacks cannabinoid receptors and takes the place of anandamide in the brain and body. The actions of other cannabinoids may improve the circulation of AEA, including CBD. All of this evidence provides further reasoning for why cannabis has nutritional and medical value.