Now Reading:Learn | Where Is Marijuana Legal In The U.S.A.? The Definitive Guide To Weed Laws By State

Next:Learn | Is Your Bong Unbreakable? Tank Glass Has The Last Piece You’ll Ever Need 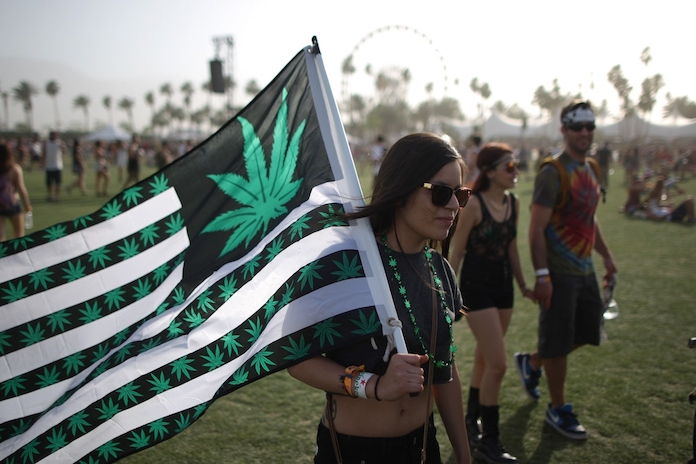 Where Is Marijuana Legal In The U.S.A.? The Definitive Guide To Weed Laws By State

Lots of laws are getting voted on, added, and amended across the United States to create legal cannabis markets and medical marijuana dispensation. It can get pretty confusing between decriminalization, medical legalization, and the growing recreational industry, so we broke state legislation down for you.

Where is marijuana decriminalized?

Even though it’s technically not legalization, decriminalization effectively signals the beginning of the end of prohibition in a state. While these places haven’t outright legalized, they have laws on the books that lower the penalty for possessing non-medical pot: Alaska, Connecticut, Delaware, Illinois, Maine, Maryland, Minnesota, Mississippi, Nebraska, New Hampshire, New York (unless it’s open to public view), North Carolina, Ohio, Rhode Island, Vermont, and the U.S. Virgin Islands. A handful of these places still count weed possession to be a misdemeanor, so even though there’s no jail time associated with your stash being found you might not get away with a spotless record. (The inconspicuous PAX 3 kit or DaVinci IQ might help you fly under the radar.) 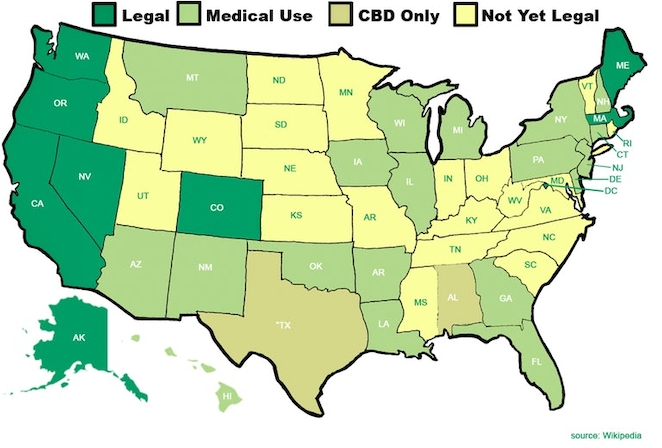 Some states have a different level of medical legalization, with relatively restrictive CBD-focused programs. Missouri, Oklahoma, Indiana, Mississippi, Utah, Wyoming, Virginia, and Tennessee’s laws allow only for the use of CBD in cases of epilepsy, while Texas and Iowa permit more general use. Alabama has a total of 81 patients on its CBD roster CBD, but even then it’s only within the confines of a state-sponsored trial. Georgia’s strange law allows the possession of 20 ounces of cannabis oil that has no more than 5% THC with at least a 1:1 THC to CBD ratio. Programs like South Carolina’s, while less restrictive than states where CBD is permitted only for cases of pediatric epilepsy, still doesn’t treat things like PTSD or even AIDS and cancer. The widest allowance of these CBD-only states is probably Wisconsin’s, legalizing CBD in any case where a doctor recommends it. 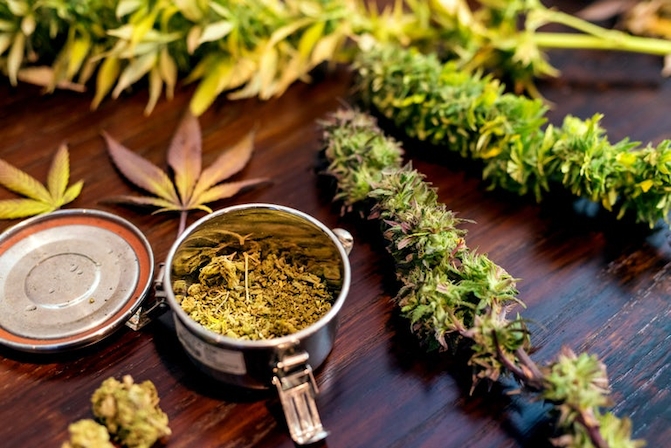 Legal recreational marijuana in the U.S.

The states blazing the way into recreational marijuana are Alaska, California, Colorado, Maine, Massachusetts, Nevada, Oregon, and Washington. Three tribes have also legalized pot on their lands: the Flandreau Santee Sioux Tribe, the Suquamish Tribe, and the Squaxin Island Tribe. Though D.C. has also legalized recreational pot, there has been an ongoing fight between the city and Congress about the program and the market has been relatively halted. While laws may differ among these states when it comes to openly displaying or smoking pot, these are the places where you’ll be able to walk into a dispensary and pick up some Girl Scout Cookies weed, hotboxing with your friends or dab (what is dabbing) whenever you want —if you’re above the legal age, that is.