Scientists agree that the most valuable information will come from the stories and study of children already helped by the plant. 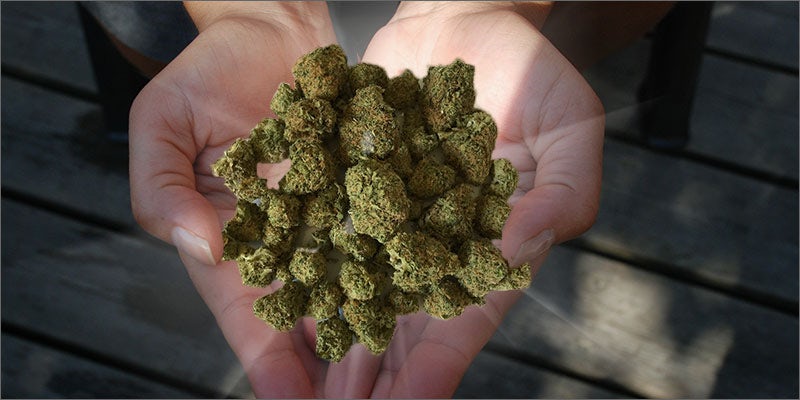 The world over, even the staunchest prohibitionists cannot deny the powerful medical value of cannabis to treat epilepsy. Australia has launched into medical cannabis, with scientific research and study. But even scientists agree that the most valuable information will come from the stories and study of children already helped by the plant.

The Australian government has begun the task of legalizing medical cannabis, but without a system in place, many choose to risk prosecution under the twilight of prohibition to help themselves or their children. Researchers recently launched the PELICAN (Paediatric Epilepsy Lambert Initiative Cannabinoid Analysis) study.

Professor Iain McGregor says his team hopes to interview and study as many current cannabis patients as possible.

There’s two things we want to do with this study. One is to understand the experiences of these families what they’re going through.

We’re going to take samples of the oils that they’re taking from cannabis plants, bring them back to the laboratory and do an analysis of what they contain.

Patients who choose to allow the team to analyze their medicine can get a complete breakdown of the cannabinoid content. This enables them to see exactly what has been working.

A new take on clinical trials

Professor McGregor says they want to talk to families who currently use medical cannabis, who have previously used it and stopped for whatever reason, and those who have never used cannabis treatments.

All the families can rest assured that their information will be held strictly confidential. When released, the study will remove any identifying factors.

We have these amazing informal clinical trials going on in the community, it’s so widely used for such a variety of conditions yet it’s all done unofficially … and there’s very little quality control over the cannabanoid products that are being used.

The PELICAN Study might give us a clue about which cannabanoids are important in treating epilepsy and perhaps help guide governments if they decide the produce products to help these children.

Trial coordinator and research associate Anastasia Suraev says that through trial and error, those already taking cannabinoid medicine have an invaluable wealth of information to share.

I think the interesting thing that we might find out is how different cannabanoids seem have different effect for different epilepsy syndromes and different seizures types.

We spent more accumulative nights in hospital a year than we spent at home for the first eight years of Hunter’s life.

Lorraine Elwell’s son Hunter suffered from seizures every 30 seconds from the moment he was born until they found cannabis. Now at 12-years-old, Hunter still lives with Dravet Syndrome, cerebral palsy, and autism but has seen undeniable results.

Lorraine has thrown her support towards the new study. She says this gives a chance for families to help the medical research move forward.

I guess we’re teaching the researchers this time which is really different and they’re listening to us – that’s something.

Hunter is one of many

Hunter has lived a life of constant battle with his body. Sometimes, the constant seizures grew even worse. Lorraine said:

It was heartbreaking to see him during the absolute worst seizures… He’s lost all the developmental skills. He lost his speech, he couldn’t swallow, then he’d build up his skills only to lose them all again after the next really bad [bout of seizures].

Lorraine told how within the first day, Hunter’s condition responded to the cannabis.

Within 24 hours his seizures had halved, and I honestly thought it was a coincidence. I was going, ‘no, it’s just too quick and too easy’.

He was still on the same medications, but it seemed the medicinal cannabis had a reaction to all the other drugs and seemed to lower the bad side effects.

Within a week the seizures had gone from 20 or 30 big ones a day and 100 little ones, to probably four in a week – it was amazing.

From prohibition to progress

The trials should begin later this year. In the meantime, a compassionate access program allowed some 40 children to take Epidiolex even earlier. The government based the determination of who deserved medicine now on the severity of their conditions. While this gives a select few hope, others feel the sting of exclusion.

Professor McGregor said there appeared to be a delicate algebra for epilepsy and cannabis treatment. Apparently, that math applies not only to the ratios for ideal treatment. Math also controls to whom the government allows access to medicine until the system gets put in place.

Will the study finally vindicate the evidence of anecdotal patient successes to conservatives? Why is Australia’s legalization taking so long? Share your thoughts on social media or in the comments below.

Get 20% off premium weed and discover the latest products, news, and deals in cannabis.
August 22, 2016 — Last Updated December 05, 2019
Written by Christopher Teague