Muscular Dystrophy: 3 Ways Cannabis Can Ease The Symptoms Of MD

Cannabis can provide relief to a wide variety of ailments. But, what about muscular dystrophy (MD)? Here’s why the herb may prove to be a therapeutic tool. 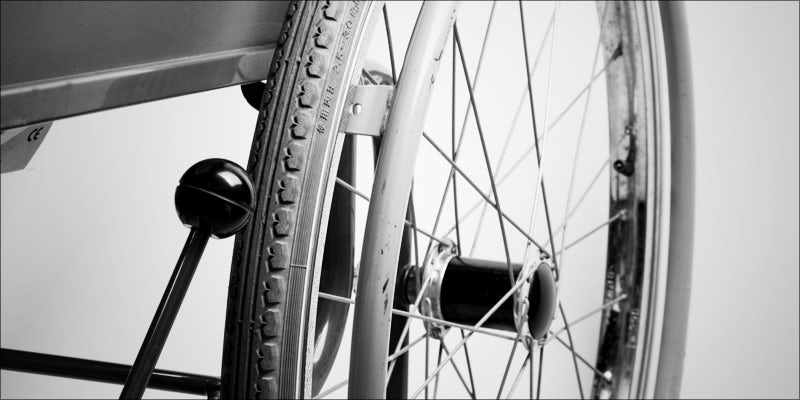 Cannabis is thought to help a seemingly endless list of ailments. But, what about muscle disorders? Can the herb help muscular dystrophy? The scientific community has known for a while that cannabis can affect motor control and the muscular system. The unique way the plant interacts with the body makes it a particularly interesting therapeutic tool. While almost no research has been completed on cannabis and muscular dystrophy specifically, the herb has some serious healing potential.

What is muscular dystrophy?

Muscular dystrophy (MD) is a collection of about 40 familial disorders that cause muscle fibers to progressively degenerate and weaken. Muscles that control voluntary body movement waste away.

The symptoms of muscular dystrophy stem from muscle degeneration. A tell-tale sign of the condition is small, weak muscles. In the case of Duchenne, the thigh and stomach muscles are often weak and a child may begin to tip-toe. Wasting muscle comes with a fair share of side effects.

There are no formal clinical trials of cannabis for muscular dystrophy in humans. However, there is some speculation that cannabis may be of value for the condition. Early preclinical evidence suggested that researchers have reason to further investigate the plant.

Certain cannabinoids may have a role to play in  Back in 1977, researchers treated some laboratory mice with a dose of the three primary cannabis constituents, tetrahydrocannabinol (THC), cannabidiol (CBD), and cannabinol (CBN).

The dose contained a ratio of 1 mg/ kg per day for 30 consecutive days. Mice were also treated with crude resin.

The laboratory mice were treated with a continuous dose of cannabis to see if it would weaken their muscles. Out of all of the cannabinoids, THC treatment induced a powerful, anti-twitch and relaxation response. CBD and cannabis resin also reduced tension.

CBN was the only cannabinoid that improved contraction. Levels of CBN are higher as cannabis ages, especially after being cured and dried.

In all samples, however, levels of muscle protein decreased after cannabinoid therapy. Muscular dystrophy is caused by mutations in genes that synthesize muscle protein. So, this rodent study raises a few questions about the role cannabinoids play in the disorder.

Another study the group published the same year also articulated that sustained THC administration had a suppressant effect on muscle tension in healthy, adult mice. However, most of the interest in cannabis treatment stems from research on related medical conditions.

However, in ALS, muscles begin to die and gradually become weaker. A 2010 study published in the American Journal of Hospice and Palliative Medicine provided evidence that cannabis has potent anti-inflammatory, antioxidative, and neuroprotective properties.

The study also articulated that the herb has some properties that may ease some of the physical symptoms of ALS as well, which are very similar to muscular dystrophy.

The study explains that cannabis may help ALS patients in these areas:

The authors went as far as to argue that clinical trials of cannabis for ALS are “the next logical step”.

As the 2010 study suggests, cannabis is a potential contender for the management of painful and difficult muscle wasting symptoms. Fortunately, additional trials and preclinical evidence add more stock to this theory.

Here are three ways cannabis may help ease the symptoms of muscular dystrophy:

Chronic pain is one of the most common reasons patients seek out medical cannabis recommendations. Cannabis is thought to be effective in many different varieties of pain, including chemotherapy-induced cancer pain, neuropathic pain, and inflammatory pain. Many patients with similar muscular disorders rely on cannabis for pain management.

For example, a randomized controlled trial of multiple sclerosis patients found a cannabis spray to be effective against central, neuropathic pain. The trial tested 66 patients, who reported lower pain scores and improved sleep after cannabis treatments.

Patients were given an oral mucosal spray that contained a cannabis extract with a fairly even ratio of THC to CBD. Each spray contained 2.7mg of THC and 2.5mg of CBD. The participants could use the spray up to a maximum of 48 times per day.

Cannabis-based pharmaceutical medications for muscle spasticity are currently on the market in some countries. However, they are unfortunately marked for multiple sclerosis (MS), not MD.

While these conditions are distinct, many MD patients may be interested in knowing that large human trials of cannabis for spasticity and tension have been completed.

A 2011 study published in the European Journal of Neurology tested the cannabis-based drug, Sativex, in a randomized, double-blind, placebo-controlled trial of 572 patients. All patients had multiple sclerosis and refractory spasticity. Sativex is a multiple sclerosis drug containing a one to one ratio of THC to CBD, along

The trial found that Sativex performed significantly better than placebo in managing spasticity. Another 2012 study from the University of California found that smoking cannabis can lesson contractions, tightness, and pain in multiple sclerosis patients. The study was published in the Canadian Medical Association Journal.

The researchers found that cannabis reduced spasticity measurements by one-third on the Ashworth Scale, which is commonly used to evaluate the overall mobility of the muscle. Pain scores improved by 50%.

Though MS and MD are two different conditions, the muscle soothing effects of the herb may prove useful for managing symptoms related to muscular dystrophy.

There are many subjective benefits of medicinal cannabis. The herb is famous for inspiring smiles and a giggle fit or two, reducing stress and improving mood. Patients who are kept awake at night by muscle pain and joint aches may appreciate the sedative qualities of the herb.

Cannabis is known to extend the time consumers spend in deep sleep, which is the restorative stage of the sleep cycle.

A 2014 review of patient surveys found that cannabis may be extremely helpful in chronic pain patients. Patients reported that the herb was useful in alleviating insomnia and anxiety, three symptoms which can drastically reduce the quality of life of a patient.

Not to mention, poor sleep can increase morning stiffness and other pain states.

Unfortunately, the lack of human studies on cannabis for MD makes it difficult to assess what types of cannabis may be most beneficial to patients. However, patients interested in self-experimentation or following up on a doctor’s recommendation can choose between psychoactive and non-psychoactive varieties of cannabis.

Nonpsychoactive cannabis varieties are high in cannabidiol (CBD), and low in tetrahydrocannabinol (THC). THC is the primary psychoactive in the cannabis plant.

Here are a few strains that may be helpful to those with muscular dystrophy:

Those interested in medical cannabis are encouraged to talk to their doctor. While the herb may help ease symptoms of muscular dystrophy, more research is needed to determine the efficacy of the plant.

The information in this article is intended for educational purposes alone, and should not be used in place of medical advice or treatment. Always talk to a medical professional before making changes to your treatment plan.

Get 20% off premium weed and discover the latest products, news, and deals in cannabis.
January 28, 2017 — Last Updated November 29, 2019
Written by Anna Wilcox