How We Took Weed Through Airport Security at LAX

It’s tempting to bring some bud on the plane after a trip to legal dispensaries. But is it worth the risk? 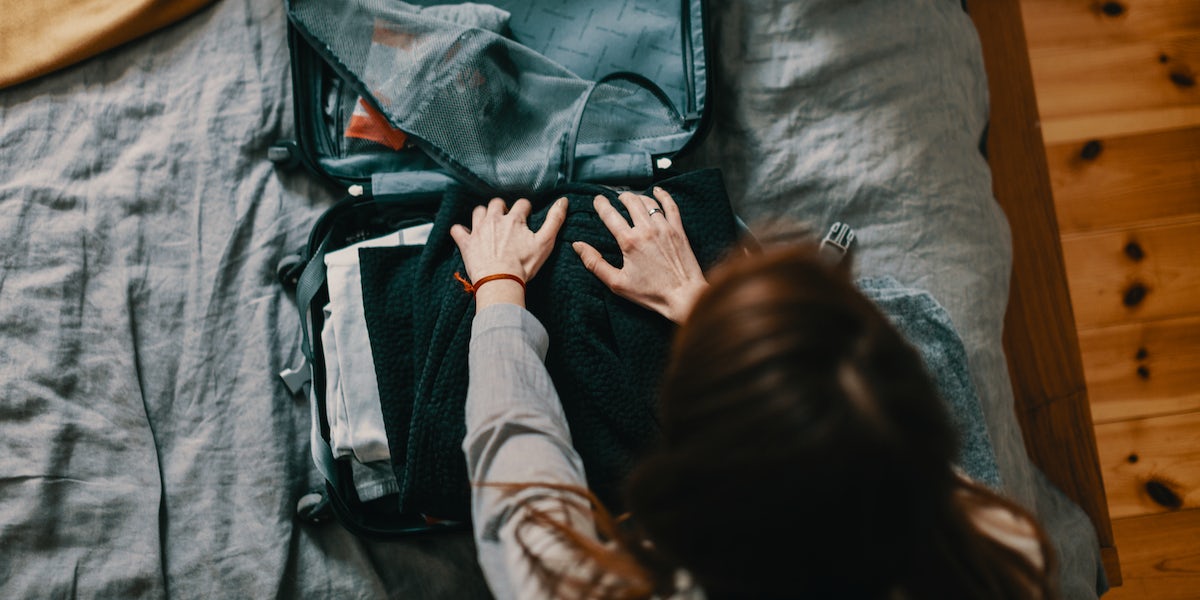 Photo by Willie B. Thomas via Getty Images

I vividly remember the first time I flew with weed. I kept thinking it wasn’t worth it, plagued by visions of two police officers in perfectly pressed, navy blue uniforms hauling me away from the conveyer belt as the other passengers, distressed, wondered what I had done.

I went for it anyway. What else was a California girl going to school on the East Coast supposed to do in 2008?

Things have changed a lot in the last decade. In 2012, Washington and Colorado became the first states to legalize recreational weed. Since then, four additional states, including California, and the District of Columbia have followed suit. More than a dozen have also legalized medical marijuana.

Despite all this progress, airports still don’t seem to have the whole flying with weed situation figured out. Denver and Las Vegas both have “amnesty boxes” where passengers can ditch the weed they bought at state dispensaries before getting on their flights. And earlier this year, LAX in Los Angeles became the first major domestic airport to allow travelers to fly with weed. But TSA—the agency checking luggage—is federal (which means their employees can still confiscate your stuff) and LAX’s policy explicitly states that they can’t guarantee what’s going to happen to you where you land. That puts passengers like me, flying out of Los Angeles, in a precarious position. Is it worth the risk? And what exactly happens if you get caught? I wanted to find out—for myself.

I coincidentally had a flight booked out of Los Angeles back to New Orleans, where I now live, when some savvy passengers noticed LAX’s new policy about flying with weed. (Apparently, it’s been sitting on their website since the recreational market opened in California in January.) I’d also already gone to my favorite dispensary in Santa Ana to marvel at all the most recent products on California shelves: patches for pain, bath bombs, lubes, mints for microdosing…You’re lucky if you can find some half-decent flower in Louisiana.

In the past when I’d flown with weed, I’d only taken the most discreet products: vape pen cartridges, topicals (under 3.4 ounces, as designated by TSA), and small edibles, removed from their packaging and mixed in with other snacks.

This time I was making no attempt to hide anything. I bought three eighths: two from Canndescent—a cultivator with proprietary strains in sleek, Apple store-like packaging—and a dank Blue Dream. I also bought a bunch of other products, only available in California, that I thought might treat my various ailments: patches by Papa & Barkley for my neck injury; high CBD pills to relieve stress and aches; high CBD joints by Marley Natural for when I want to relax, but don’t want to get too high; and some low dose edibles for microdosing (5 mg espresso beans called Terra Bites and 2.5 mg mints by Kiva). It was all sitting, right on top of my clothing, in my rollaboard.

I checked in as I always do—at the self-service kiosk, hyper-focused on the task ahead, but, also, noticeably calmer than I’d been in the past when flying with weed. Maybe I was being naïve, but I kept thinking to myself: even if federal police or TSA agents find my weed, I can simply explain to them that I had read about LAX’s new policy. Even if, from their perspective, what I was doing was illegal, could they really fault me for being confused?’ IT IS CONFUSING and I’m a cannabis journalist.

I can’t deny, though, that there were still flutters in my gut, reminding me I might be hauled off to some cell by the tarmac or, at a minimum, have my weed confiscated. And I knew if some officer was having a bad day and wanted to take it out on me, I’d have little recourse. TSA spokespeople have said they’re not looking for weed in people’s luggage, even in states where it’s illegal, but that doesn’t change the fact that at least according to the feds: it’s illegal.

These were the thoughts playing ping-pong in my head as I approached that all-too-familiar conveyer belt. “Hi! How are you?!” I asked every TSA officer with an enthusiasm that could easily have been perceived as suspicious. (‘What the hell is sheeee smiling about?’)

The whole experience gave me flashbacks to that time I made it through security without a hitch and bolted straight for the bathroom—my heart pounding, my palms sweaty—only to have a female security guard with a dog enter the stall adjacent to mine. I was sure they were onto me. ‘Should I flush my weed down to the toilet?’

Or that time when a TSA Officer opened up my carry-on with cartridges for my friend in Louisiana with a chronic illness. The officer—with latex gloves on—pulled out the big yellow candle my mom had gifted me, swiped it for bomb residue, and sent me on my way.

Or that other time I blanked on an entire pack of pre-rolls in my purse and felt a combination of elation and paranoia when I pulled them out instead of my wallet to pay for my Starbucks before boarding.

And to think—all of this fear over marijuana!

The patchwork of cannabis reform in the U.S. has put us weed lovers in a bizarre situation. While in my home state of California, I can explore dozens of strains—regulated by the state—with different combinations of cannabinoids and terpenes, my friend in Louisiana can’t even access dry herb she knows is going to be safe for her dad with lung cancer.

Louisiana legalized medical marijuana for a limited number of conditions—cancer is one of them—in 2015, but there has yet to be a dispensary in the state. And when one does open, I likely won’t qualify. In adjacent Texas, medical cannabis is legal, but only for patients with intractable epilepsy. Our neighbor to the North, Arkansas, legalized medical cannabis at the ballot box in 2016 for a handful of conditions, but the market likely won’t be open until early 2019. And Mississippi, just to the East, is one of the few remaining states that has only legalized medical CBD, with no more than .5 percent THC, for patients with seizure disorders.

That’s all to say that millions of people like me—not just people who want to get “high,” but folks who use cannabis for wellness—will be out of luck for the foreseeable future in the South. And that’s why so many continue to take risks.

Even though I was in compliance with LAX’s policy, I still found myself remarkably relieved when my carry-on cruised through the conveyer belt this time. As always, I watched the X-Ray of my items appear on the screen, the outlines of the cylindrical glass containers with my herb sitting amongst my clothing and laptop. As soon as it emerged through that rubber fringe, I grabbed it—coolly, of course—and walked to my gate. I was gonna need that CBD joint when I got home.