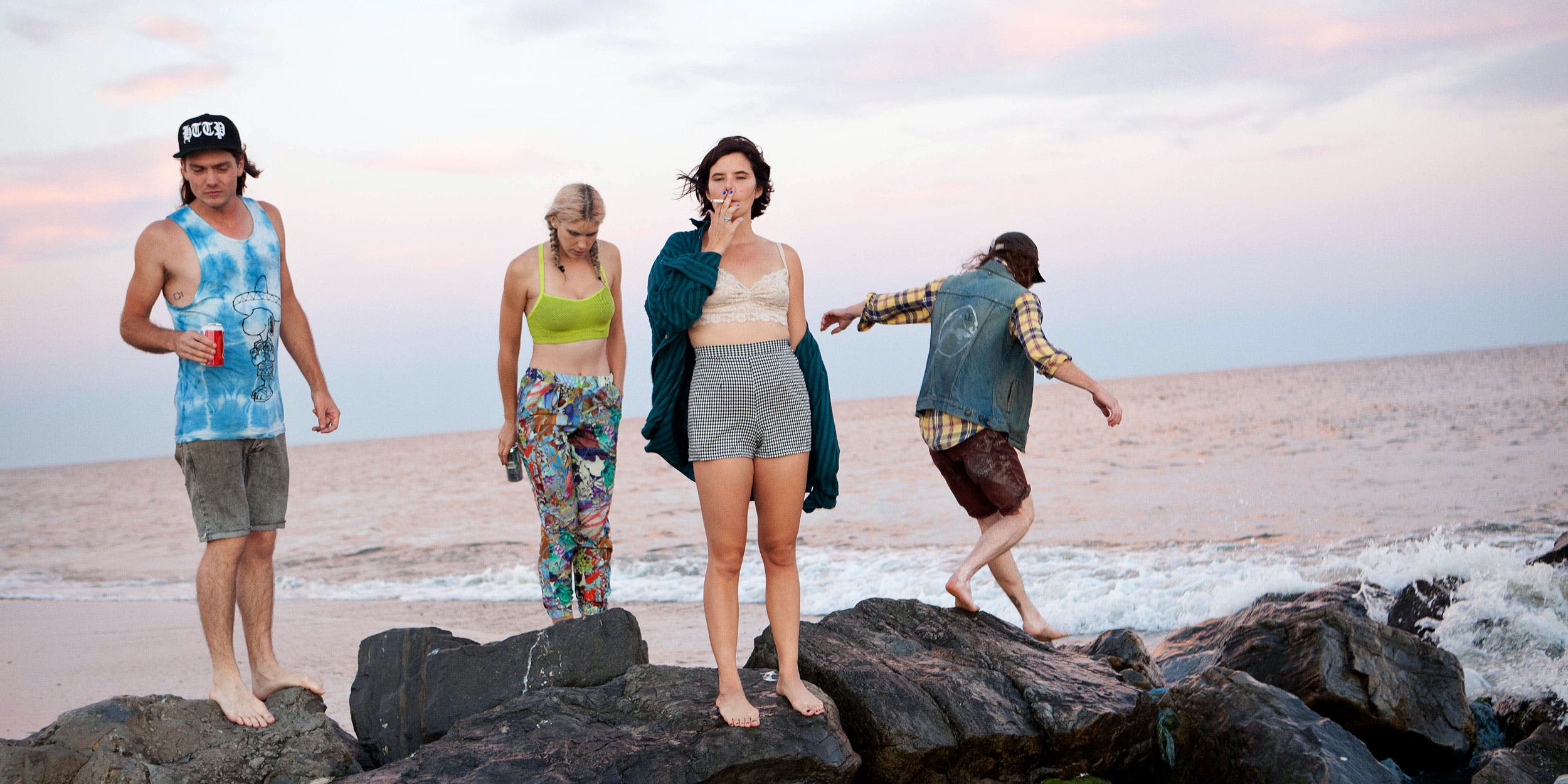 Green Crack for the morning, Pink Kush for the evening, and all the best strains in-between.

August means summer smoking sessions will soon come to an end. These tunes combine cannabis, music, and community to make the most of the long days and humid nights before fall starts slicing hours off the clock.

Summer is the perfect season for waking and baking. That’s why Beach House’s Bloom starts this list—and the day.

Upon release, the Baltimore duo’s fourth album was instantly recognized for its ethereal yet energetic soundscapes. It makes for a cinematic opening soundtrack, and the perfect album designed to complement summer smoking sessions.

To start your day off right, pair these tunes with Green Crack, Durban Poison, or Sour Diesel.

It only makes sense that an album as relaxed as this one links best with Hybrid strains that conjure the same emotions. Some strains, like ACDC or Girl Scout Cookies, are known for inducing relaxation, calmness, and ease of mind, all of which are necessary for the perfect summer smoking session.

If the title of Anderson .Paak’s sophomore album Malibu didn’t give you the impression that his music makes an excellent companion for beach lounging, his music certainly will. With Malibu, the California rapper and multi-instrumentalist paints a vivid picture of life in Southern California. .Paak’s music is buoyant and typically involves accompaniment by band the Free-Nationals.

Side note: .Paak used to work as a plant trimmer on a Santa Barbara pot farm, so you better believe the music references cannabis and partying.

There’s no doubt that this is the album you want to play around friends. For your next summer smoking session, pair these tunes with strains known to induce social moods, such as Agent Orange or Strawberry Cough.

Rezz – The Silence is Deafening

Twenty-year-old Niagara Falls native Isabelle Rezazadeh, aka REZZ, is making a name for herself thanks to her dark techno vibes. In 2016, she signed with deadmau5’s record label mau5trap and released The Silence is Deafening.

We all know at least one high-energy stoner who feels compelled to run and climb anything once a summer smoking session is complete. This is the song you want when the party is kicking into high gear. Red Congolese, Lemon Pie, and Green Haze are the most suitable for those with the energy to go all night.

Electric Guest is a Los Angeles-based band, comprised of Asa Taccone on vocals and Matthew “Cornbread” Compton on drums. Oh Devil, is the perfect strutting song when you’ve got headphones in and not a care in the world.

Make the most out of summer smoking sessions with strains like Confidential Cheese, Purple Punch, and Banana OG for an indulging, relaxing, and euphoric experience.

It only makes sense that William Onyeabor’s music pairs with hot climates as the businessman and musician hails from the West African country of Nigeria. Onyeabor, who made exceptional music for decades, was only discovered within the last few years.

Onyeabor managed to merge the worlds of Afro-funk and psychedelic pop into a unique brand of music that feels like retro…from the future. Who is William Onyeabor?  is all of his best work, curated over an eight-year period.

Khruangbin is a psychedelic-rock trio from Texas. They’ve cited influence stemming from 60s Thai-funk, and pay homage through their reverb-heavy compositions. The most recent release from the Houston-based group, Con Todo El Mundo, is instrumentally-heavy, making it ideal for night time listening.

There are two kinds of people: those who know when to call it a night, and those who don’t. For those packing it in, enjoy Khruangbin with Northern Lights. And for those who want to keep the summer smoking sessions going, try strains that keep you focused, such as Mob Boss, Golden Ticket, or Pink Kush.