Weed Slang: How to Talk Cannabis in Seven Different Countries

Traveling to the Netherlands? Russia? This weed slang guide will make sure you’re never dry. 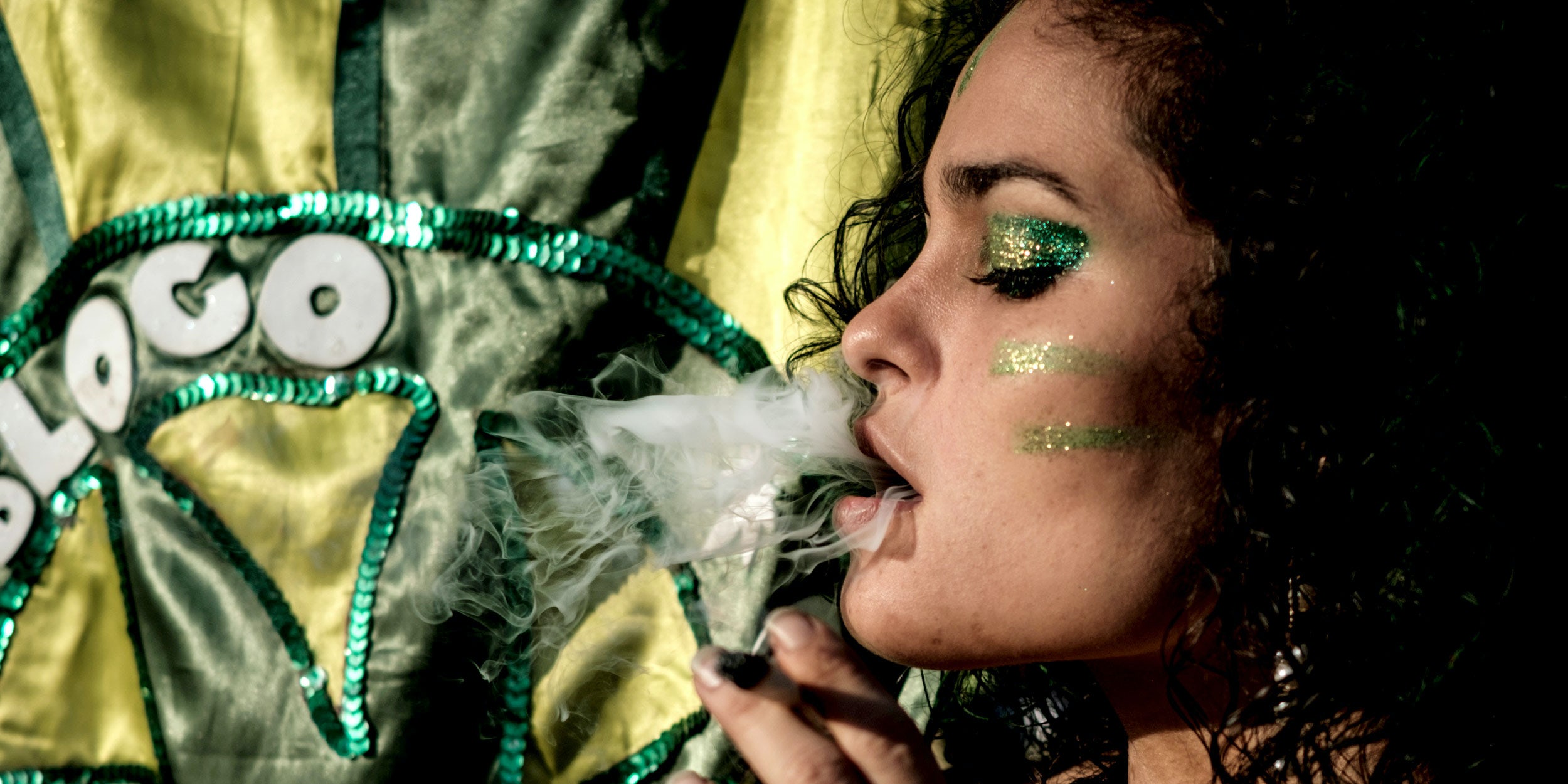 A woman smokes a joint during a march calling for the legalization of marijuana along Ipanema beach in Rio de Janeiro, Brazil on May 6, 2017. (Photo by Yasuyoshi Chiba/AFP/Getty Images)

Ever wondered how to get pot when you’re in Paris? For starters, you have to at least know how to say it, as the French are notorious for sticking to their own language. But what if your travels take you elsewhere? While we probably wouldn’t recommend running around Tokyo asking where to score—you could easily land yourself five years in prison for weed in Japan—knowing a bit of local lingo can help you come up across the world. While there are a million slang terms for cannabis, and many of them are used worldwide, there are definitely some that are regionally specific. Here, for the well-traveled stoner, are some weed slang terms in seven different locales.

Weed Slang Around The World

You might be thinking, why do I need to know how to say cannabis in the United Kingdom? Don’t they speak English!? Yes, they do, but they speak their whole own form of English when it comes to weed slang. A zoot, for example, is joint. A tinger would be a dime bag, and the substance itself is often referred to as skunk or peng. You could ask for an eighth of grass, but you don’t want to sound like a bobby, do you? Once you’ve been successful, try taking some of it over to one of the many underground cannabis clubs in the UK.

In France, a joint is a pétard. This term is also popular in Switzerland and Belgium. A pétard was a small bomb used for breaching doors. In this case, it might be referring to the doors of your mind. Weed, in general, is called la beuh, pronounced like ‘bud’ but with no d.

As in any Spanish speaking country, you can say mota and people will know what you mean. Obviously, yerba works too, or perhaps ‘yerba buena,’ delivered with a sly wink. In Argentina and many South American countries, you’ll also hear paraguacha as weed slang. This generally refers to a very brown, very terrible brick weed exported from Paraguay. It still works in a pinch. Porro is another common Spanish word for a joint that’s used there.

While most Spanish weed slang works anywhere, there are a few terms that are specifically Mexican. A pacheco is Mexican for pothead, and they also use grifo to refer to those who love the hierba a bit too much.

Spinello means reefer in English, but is commonly used in Italy to refer to a joint. Similar to Spanish, erba means cannabis in general, although it translates to grass, not herb.

Macohna is the Portuguese word for pot, and it is also the most common term for it. Like many other romance languages, the word for herb—erva—is also a way to refer to reefer. A joint in Brazil is a beck, in case you’re looking for a single-serve.

We have no idea how to write it in the Cyrillic alphabet, but we can tell you that travka is weed and a kosiak is a joint. You’ll at least be able to ask, if you see someone smoking!

Wiet is the common word for weed, and it’s pronounced exactly like, well, weed. Hennep is another word for cannabis, and the name should give away what type: hemp. Hennep olie would be hemp oil, if you’re searching for a CBD fix.

Get 20% off premium weed and discover the latest products, news, and deals in cannabis.
September 03, 2018 — Last Updated
Written by Tobias Coughlin-Bogue