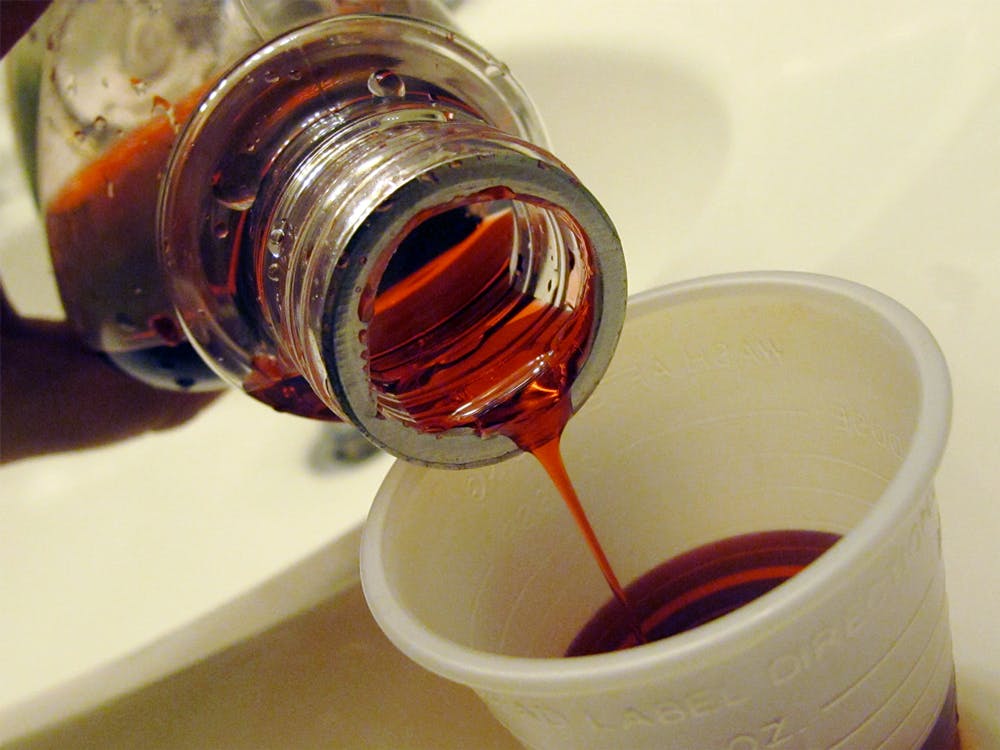 Located at a pharmacy near you.

DEA Administrative Law Judge Francis Young once famously said: “Marijuana, in its natural form, is one of the safest therapeutically active substances known to man.” Cannabis is so benign, in fact, that it’s safer than many over-the-counter drugs—which, unlike weed, you’re allowed to legally buy in unlimited quantities. Let’s take a look at a few of those.

Just because a drug is legal doesn’t mean it’s safe. And just because you’re allowed to buy unlimited quantities of something doesn’t mean that it won’t kill you. Those words of caution, conveniently enough, lead us directly to the only substance we can rightly place at number one on this list.

Nothing else comes close to tobacco when it comes to legal drugs that kill. It is considered the leading preventable cause of death in the U.S. More Americans die from tobacco-caused health problems like lung cancer and heart disease than from drug overdoses, car crashes, and murders combined. Considering only the direct causes of tobacco deaths (secondhand smoking would add 42,000 more to the number), we’re still looking at 437,400 tobacco deaths in 2015 alone. Overall, cigarette smoking is linked to an incredible 20 percent of all deaths in the U.S. each year, according to the CDC’s numbers for 2005-2009.

As drugs go, aspirin has a rather innocuous reputation, right? After all, there’s even such a thing as “baby aspirin.” Well, did you know that it can actually kill you? Lots of people find that out every year, and it’s an unfortunately final kind of lesson. Each year, 15,000 people die and another 100,000 visit the emergency-room because of aspirin and other NSAIDs (Nonsteroidal Antiinflammatory Drugs). According to a study by Oxford University, 3,000 people a year die just from taking an aspirin a day trying to ward off heart attacks.

Acetaminophen, the active ingredient in Tylenol, is the most commonly used pain reliever in the U.S. Unfortunately, this drug can cause liver failure, and it doesn’t always require an overdose to do that. About 10 percent of acetaminophen deaths occur at levels equal to or below the daily maximum recommended dosage, reports The Wall Street Journal. Acetaminophen overdose is the leading cause for calls to poison control centers across the U.S., with more than 100,000 instances per year. Each year, it is responsible for more than 56,000 emergency room visits, 2,600 hospitalizations, and an estimated 458 deaths due to acute liver failure.

Over-the-counter cough syrups, gels, and tablets contain dextromethorphan, or DXM, a cough suppressant that can cause seizures, brain damage, and even death. Adolescents are the primary abusers of DXM because it is inexpensive and relatively easy to get. Sufficient doses result in slurred speech, impaired short-term memory, mild hallucinations, dissociation, and impaired vision. Slang terms for DXM intoxication include robo tripping, skittling, and dexing. DXM has replaced codeine as the most widely used cough suppressant in the U.S. Deaths due to DXM are relatively rare as most abusers ingest DXM products containing other ingredients which cause vomiting, which expels the DXM from their bodies before further toxicity can occur.

K2 and Spice are drugs which are widely used because they contain synthetic analogs of cannabinoids. It should be noted that they aren’t “synthetic marijuana,” as they’re often called. That name is misleading and even potentially dangerous because synthetic analogs are far more dangerous than natural cannabis. Intense hallucinations, psychosis, seizures, and rapid heartbeat or some of the effects one can expect when smoking this artificial stuff. Psychoactive chemicals are sprayed onto plant material and then smoked or eaten to produce the high. Figures from the Centers for Disease Control and Prevention show synthetic drugs killed 15 people in the first half of 2015, three times as many as the same period in 2014.