Santiago Rodriguez Tarditi is the writer and co-editor of High on Design: The New Cannabis Culture. His book describes the journey of how cannabis shifted from being an ancestral herb to an illegal drug, and today, a billion-dollar industry and a cultural phenomenon. 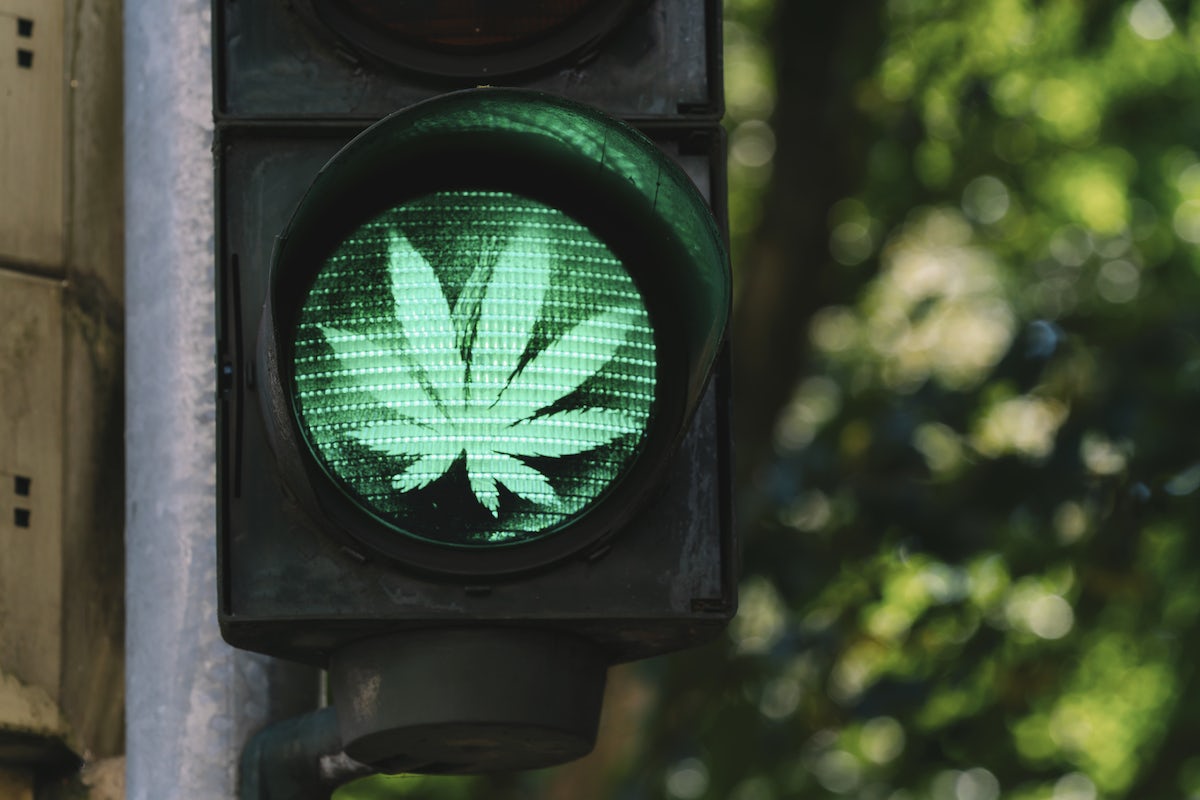 The first herb grinder I bought had a crappy ying-yang label on top that didn’t last long. Back when I got it, I wasn’t too concerned about dualism or the battle between virtue and evil—nor did I value design much. And even if I did, the Argentine backpacker who sold it to me in the middle of an itinerant flea market didn’t have too many options to pick from; wrinkled Bob Marley-inspired rolling papers, a clay pipe in the shape of an eagle’s claw, some white seashell chokers, and a few braided bracelets (all of which I bought as part of my new first-time user smoke kit).

Those were the nineties in Bogotá. Dried skunk was sold in the dodgiest corners of the city, and getting caught would potentially land you in rehab or jail—depending on whether you got busted by your parents or the cops. Cocaine was in its heyday, with weed still frolicking around in the lungs of some, the artsy-bunch and old-school hippies on society’s fringes; the models did blow, the locos smoked ganja. Fortunately, I was always more of a toker than a snorter, so I stuck to the more organic of the two. The point is—there wasn’t much to choose from, or who to buy from; you got what you got. As a teenager and early adopter, it didn’t cross my mind that while I carved out apples and drilled holes in cans, scientists and growers on the other side of the world experimented with hybrids I would only try years down the road.

I was in my teens and living in Colombia. The mafia barons ran cartels that wrecked the country; any association to drugs was seen as a high offense towards those in the frontlines of this war, directly supporting the “bad guys.” The nation’s stern conservative religious beliefs and outdated traditions made it even worse to contemplate any benefit in narcotics, psychoactive substances, or hallucinogens; it was the prime of a full-blown war felt throughout the country, a struggle that spread across the decades (and remains quite vivid). Beyond a handful of weed varieties that one could find on the streets—including the Punto Rojo and Santa Marta Golden, my first loves—the black market didn’t offer too many strains, and upscale design was definitely out of the picture.

It was until I went on a trip to Colorado, some five years ago, that I had my first experience with the legal cannabis industry. Walking into a dispensary was a thrilling adventure (even if slightly baffling at first). The confusion of having to give my ID for the record before filling forms, the clumsiness walking through a door after a person behind a glass buzzed me in (I pulled instead of push) only to be greeted on the other side by budtenders who looked like people I’d smoke with, who operated with the professionalism of a pharmaceutical scientist. Cherry-shaped gummies were glowing under the watch of trippy aliens that popped-out of neon UFO posters, an image I captured with my eyes (pictures weren’t allowed). Everything felt laid-back and very proper on a 1:1 dose. It felt like this liminal moment where both cannabis and I were going through our coming of age.

Sometime later, I moved to Los Angeles and was able to experience the pleasures of legality whenever I wished. The high-end dispensaries, the first-time buyer massive discounts, the apps to order straight to my house. I sipped on THC-infused sodas that seemed like a drawing in a Japanese manga comic; I bought CBD-laden chocolate and pastries that could’ve been made by the finest of boulangers; I carried vape pens that looked like gadgets props from Schwarzenneger’s Total Recall. The experience was liberating and served as the main inspiration behind High on Design, a book on the new cannabis culture that I co-edited with Gestalten, the German coffee-table book publisher

Today this plant-based industry rivals that of craft-beer or organic wine, becoming more accepted and welcome by the day, normalizing marijuana one fancy-bong at a time. Some companies and entrepreneurs are adventurous in their designs and poignant in their message: check out the new face of weed. It’s grown yup and rad, the result of a present that perfectly balances the traditions with modern needs. Cannabis has brought back the peace-and-love attitude, spiking it with a tad of gender equality and social justice, adding a dash of retro branding, topped with complex terpene aromas that remind us of our favorite 1990s scratch-and-sniff stickers.

There’s a bit of everything for everyone—and there’s still plenty of room for more. We have a fair share of dispensaries that are almost too slick to be selling cannabis, and there’s a good amount of social media weed-fluencers who are toppling the patriarchy between puffs (of these we need more). I could also mention the chefs infusing their haute-cuisine with kief dressings and resin concoctions, the media publications giving an artistic twist to ganja Ma, the ceramists turned pipe artisans, or the female-led events defining trends galore. We can talk about how snazzy it all is, but we can’t forget what all this is for: to demand a drug policy revision and instill values and morals into a system that disproportionately benefits white impresarios while incarcerating the BIPOC and poor. We’re here to shake up the world and remind them that criminalizing nature is wrong.

If you got this far, you already know most of these stories and have been following the growth of this visually gratifying/politically confusing enterprise led by the Global North. Don’t get too comfortable; this chimera is agile and continues to evolve. Despite keeping my ear on this fertile ground for years, I must accept that even I was surprised with new findings while working on High On Design. Go on. Browse the pages of what I consider to be a humble contribution to the movement and let me know who I missed. The cannabis story is yet to be written.

August 13, 2020 — Last Updated August 14, 2020
Written by Santiago Rodriguez Tarditi
Save for later
Start saving articles by clicking the heart icon and you'll find them again in your profile page.

Enjoy the latest and greatest from Herb, enter your email below to get exciting cannabis updates delivered to your inbox.
August 13, 2020 — Last Updated August 14, 2020
Written by Santiago Rodriguez Tarditi

There are some weed smokers out there who are wondering how to address their coughing situation, how to cough less when smoking we…