Now Reading:learn | We untangled political flip-flopping; this is Donald Trump’s view on marijuana 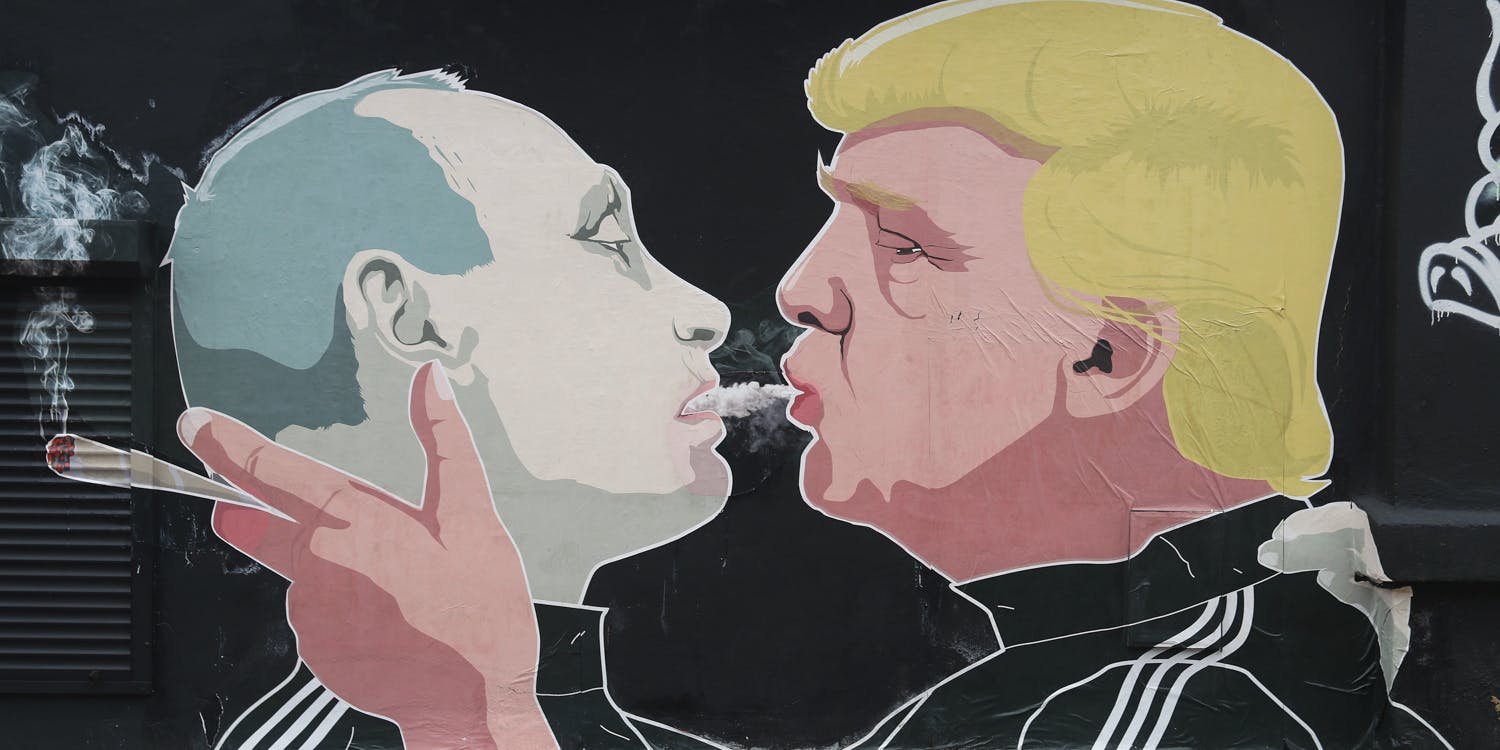 We untangled political flip-flopping; this is Donald Trump’s view on marijuana

President Trump’s view on marijuana has been notoriously erratic. Nothing has been done to stop states from legalizing, but are we standing on thin ice?

Cannabis legalization seems to be in full stride across America. One state, two state, red state, blue state, Americans of all affiliations are watching marijuana made available. Most recently, states like Nevada and California joined up with trendsetters Oregon, Alaska, Washington and Colorado. New Jersey and even New York may be up next. But of course, this all is happening in the shadow of an unpredictable administration in the nation’s capital. Donald Trump could bolster or undo everything with an early morning executive order, or a 3 am tweet. So where should we hedge our bets on Trump’s view on marijuana?

What is Trump’s view on marijuana?

While on the campaign trail, Trump showed a Quintesson amount of faces on legal weed. In one stop, he said he was “in favor of medical marijuana 100 percent.” In another stop, his support was much lower than 100 percent, saying that he wasn’t sure that marijuana legalization should continue expanding. He also told Sean Hannity he strongly opposes all legalization. Other times he said the decision was up to the states. Back when he identified as a Democrat, Trump said he’d like to see all drugs legalized and that the war on drugs was “a joke.”

Like all matters unrelated to Rosie O’Donnell, it’s hard to gauge what Trump’s view on marijuana is. Trump hasn’t really addressed cannabis since taking office, and the matter didn’t concern him as an election thorn as much as immigration or scrapping with cable TV hosts. Trump has been known to change his mind on matters frequently, and his final decisions on policy are rumored to be partial to the last person he’s spoken to. In that regard, pot enthusiasts may want to stay frosty, because while Trump’s view on marijuana may be mild at best, the same cannot be said of those that surround him.

What is the Trump Administration’s view on marijuana?

The men who have the president’s ear do not envision a green America. Jeff Sessions, Trump’s attorney general, John Kelly, his chief of staff, and Chris Christie, head of the drug commission, are all vocal critics, staunchly opposed to legalization. Christie said cannabis advocates want to “poison our kids,” and his Commission on Combating Drug Addiction and the Opioid Crisis continues to ignore one of the most oft-cited solutions. Kelly has called marijuana “a potentially dangerous gateway drug that frequently leads to the use of harder drugs…  its use and possession are against federal law, and until the law is changed by the U.S. Congress, we in DHS are sworn to uphold all the laws on the books.”

Sessions, the man with the most influence over the Department of Justice, once wanted to give drug dealers the death penalty. Since the summer, governors from legalized states have had to directly tussle with Sessions over cannabis. Washington Governor Jay Inslee said the Trump administration and Jeff Session’s stand on pot are “outdated, incorrect, or based on incomplete information.” When confronted by the suggestion that cannabis could help combat the drug crisis, Sessions said he was “astonished to hear people suggest that we can solve our heroin crisis by legalizing marijuana so that people can trade one life-wrecking dependency for another.”

Trump’s most disturbing friend abroad has been with Philippines President Rodrigo Duterte. While their kinship may be based on other factors, like a shared hatred of Barack Obama, has the man best known for a ruthless war on drugs. An ongoing human rights violation that has indiscriminately slaughtered dealers and user alike. Trump has praised Duterte’s bloody crackdown, saying he was doing an “unbelievable job on the drug problem.”

How will this affect legal states?

Despite this stockpiled negativity towards pot, there hasn’t appeared to be much action towards preventing legalization. It’d be easy and passive to say that what we see now is the new status quo. States are steadily moving towards their own legalization plans. For the current administration to throw a wrench in it, at this point, would be colossally unpopular. That said, what’s unpopular hasn’t seemed to flinch Trump.

The relationship between cannabis and its legal status is more tenuous than people may realize. Worse yet the thread keeping it all together is one of Donald Trump’s pet peeves: Obama-era policy. Trump’s views on marijuana may be more influenced by his disposition against his predecessor, NAFTA, the Affordable Care Act and the Iranian nuclear deal being some of the few policies that keep the president’s ire focus.

The Democrats are no more cool about cannabis than the Republicans. Barack Obama didn’t do much to advance the cause. Hillary Clinton didn’t single it out during her campaign. Of all the things that might look different had the election gone another way, legal cannabis doesn’t seem like one of them. However, during Obama’s tenure, one caveat was created, and it’s the only concrete thing holding back people like Sessions.

After six failed attempts, the Rohrabacher–Farr amendment passed the House in 2014, prohibiting the Justice Department, currently run by Sessions, from punishing marijuana in states where it is legal. It was drafted in 2003 as a protection for medical marijuana and sponsored by then New York rep Maurice Hinchey. This amendment expires on December 8th, at which point it could be extended or discontinued. If Sessions was to move against legalized marijuana, as he’s expressed interest in doing, that’s when he’d do it. If we’re going to see Trump’s views on marijuana, the real stance of his administration, it may come sooner than you’d think.