What Does Weed Do To Your Brain?

Does cannabis harm the brain? Does it help it? What are the long-term impacts of the herb? Recent research has some suggestions. 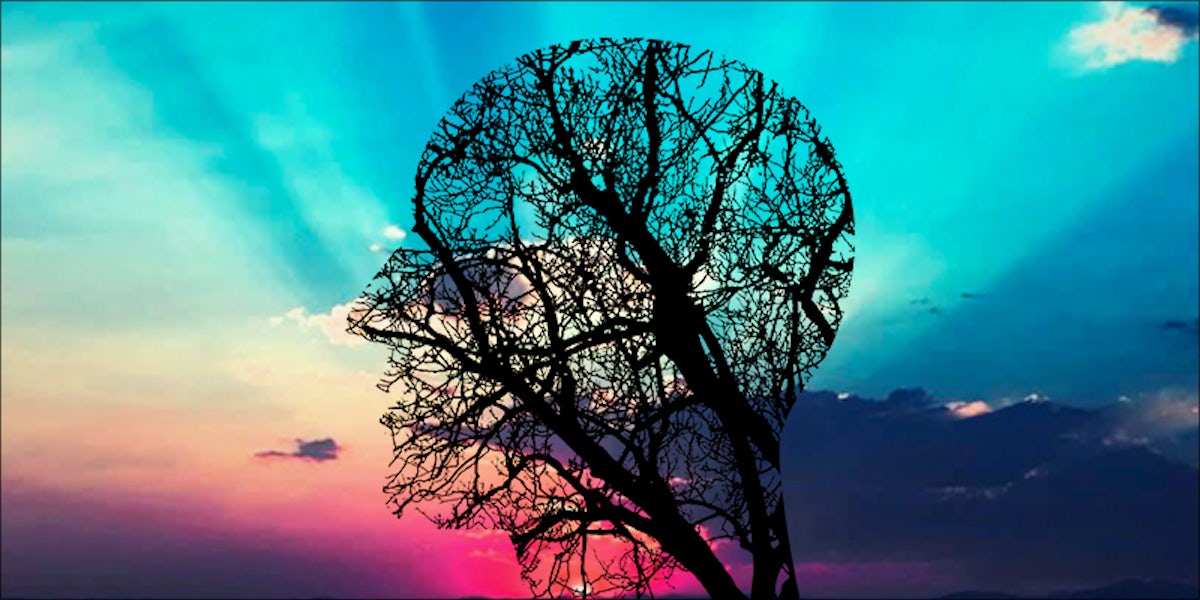 Have you ever wondered what weed does to your brain? Compounds in the cannabis plant interact directly with brain cells, contributing to both the psychoactive and therapeutic effects of the plant. But, are these effects harmful? Does cannabis cause lasting changes to the brain? Researchers have only just begun to uncover the mysteries of cannabis and the brain, but here is a brief summary of some of the literature thus far.

Why does cannabis affect the brain?

Cannabis affects the brain by engaging special receptor sites on cells. These receptors are called cannabinoid receptors, a name inspired by the cannabis plant.

The primary psychoactive in cannabis, tetrahydrocannabinol (THC), has a psychotropic effect because of the way it engages cannabinoid receptors in the brain.

While researchers are still working to uncover the mystery of how cannabis affects the mind and body, it is known that these receptors are located in parts of the central nervous system that control:

Cannabis receptors are also found extensively throughout the body, assisting in the communication between the central nervous system and the rest of the body. Some experts describe the endocannabinoid system as the largest neurotransmitter system in humans.

How does cannabis work in the brain?

When consumers inhale or ingest cannabis, compounds in the herb tap into the endocannabinoid system to produce possible therapeutic effects. Since the ECS regulates such a broad range of bodily functions, cannabis compounds have a very wide range of therapeutic potential.

Simply stated, the endocannabinoid system is a large regulatory network that works to create optimum balance in the mind and body. When compounds like THC or the second most popular cannabinoid, cannabidiol (CBD), interact with the ECS, they change the balance of the system as a whole.

Researchers like Russo theorize that a wide variety of conditions are caused by an imbalance or a deficiency of the endocannabinoid system.

Some symptoms of endocannabinoid deficiency include,

Several mood and mental health disorders have also been linked to possible imbalances of the endocannabinoid system. In a 2016 paper, Russo briefly speculates that conditions like PTSD and bipolar disorder may involve the ECS. Physical ailments like fibromyalgia, migraine, and irritable bowel syndrome are also thought to be involved.

British researchers at GW Pharmaceuticals have also found that certain cannabis compounds can ease anxiety and psychotic distress in patients with treatment-resistant schizophrenia. This conclusion was reached after successful phase 2 double-blind, randomized, and placebo-controlled human trials.

What does cannabis do to your brain?

If compounds in cannabis can engage cells in the brain, what does the herb actually do to you? Unfortunately, there is still a lot to learn about how the cannabis plant works its magic throughout the body and mind.

However, research within the last five years can shed some light into the pros and cons of cannabis in the brain. Though cannabis programs are now available in over half of all US states, much of the reefer madness era myths still prevail.

When it comes to the big concerns over what cannabis does to the brain, these two studies have debunked some of the most common negative cannabis and brain health claims:

Can consumers develop brain abnormalities from consuming cannabis, a psychoactive plant? A study published in January 2015 says no. While another recent study suggested that cannabis caused changes to certain areas of the brain, this study sought to test whether or not a larger trial would have similar results.

The study examined brain morphology in 29 cannabis-consuming adults and 50 consuming adolescents. Both groups consumed cannabis daily. They were then compared to the same number of non-consuming controls.

The end conclusion? Chronic cannabis use is not associated with long-term brain abnormalities.

Cannabis enthusiasts have oft been depicted as unintelligent and unmotivated in popular culture. However, recent research suggests that the herb does not contribute to a low IQ in the long term.

In the short term, cannabis has been associated with poorer test scores after recent exposure to the herb. These effects have been reported as long as one month after cannabis consumption. In heavy cannabis consumers, it often takes one month or longer to clear the system of THC.

In December of 2015, research published by the Preceedings of the National Acadamy of Sciences tested for cognitive differences in cannabis consuming twins. Studies that examine differences between identical twins allow researchers to separate the effects of nature from the effects of nurture.

In this case, the research team had one central question. If one twin loved the herb, and the other abstained, would the cannabis-using twin have a lower IQ?

The study did find that cannabis consumers were associated with lower test scores, but socioeconomic status and familial issues are thought to be the primary drivers. When the team tested to see if the outcome changed with various doses of cannabis, they found nothing.

If cannabis was, in fact, causing low test scores, the data would show worsening symptoms at higher doses.

The overall verdict? Cannabis is not associated with long-term cognitive decline.

Is there a health downside to cannabis?

When it comes to concerns about cannabis and health, the herb’s potential to be habit-forming is one of the biggest concerns for consumers, parents, and health professionals. Though, what cannabis dependence means in terms of long-term brain health is still to be determined.

Some estimates suggest that approximately 9% of cannabis consumers develop dependence, compared with 32% of tobacco smokers and 15% of alcohol consumers.

Research suggests that dopamine, the reward neurotransmitter, may be in part responsible. Alterations in the dopamine system are thought to contribute to behavioral problems.

One 2016 study suggests that cannabis can cause lasting changes to the brain’s reward system. To measure this, researchers performed brain scans on 59 cannabis consumers who had consumed the herb daily for the past 60 days, or at least 5,000 times in their lives.

The researchers showed the participants images of cannabis and images of other natural products, like their favorite fruit. Brain imaging found that heavy cannabis users were more likely to have a strong pleasure reaction to the cannabis than to the fruit.

The 70 individuals that did not use cannabis had a greater reward response to the fruit. According to study author Dr. Francesca Filbey, this indicates,

This study shows that marijuana disrupts the natural reward circuitry of the brain, making marijuana highly salient to those who use it heavily. In essence, these brain alterations could be a marker of transition from recreational marijuana use to problematic use.

Filbey is an associate professor behavior and brain science at the University of Texas at Dallas. To summarize, cannabis is very attractive and pleasurable to the brains of heavy consumers, raising concerns about potential cannabis addiction.

Another study funded by the National Institute of Drug Abuse found that cannabis dependent consumers produced a lower dopamine response to an amphetamine drug than non-consumers.

The study authors argue that this lowered dopamine response is associated with a “deficit of striatal dopamine release”, which may contribute to inattentiveness, poor working memory, and probabilistic category learning.

The cannabis dependent consumers did not consume the herb seven days prior to the start of the study. The study looked at 11 cannabis consumers and 12 healthy controls.

There are several major downsides to this study, including the small sample size. More research is needed to evaluate dopamine pre- and post-cannabis consumption. Correlation does not always mean causation.

Further, THC can stay in the system of a heavy consumer for several weeks after the last time they consumed. In this study, participants abstained for a brief week-long period, not enough for the psychoactive to completely leave their system. Follow-up research is needed to see if these changes are long-lasting.

Is cannabis good for the brain?

Back in 1988, Francis Young, a DEA Administrative Law Judge responded to a petition to reclassify cannabis as a Schedule II substance, acknowledging the herb’s medical value.

While the media and the available research seemingly go back and forth on the risks of cannabis, Judge Young was confident in the herb’s safety and therapeutic application.

After strenuous research and review of the case, Judge Young ultimately recommended that the plant be rescheduled. He states,

[Marijuana is] one of the safest therapeutically active substances known to man…. In strict medical terms, marijuana is far safer than many foods we commonly consume.

Now, nearly two decades later, there is far more information on the health risks of cannabis. Today, ample preclinical evidence suggests that compounds in the herb are:

All of these qualities suggest that the herb may possibly improve brain health in certain conditions. However, what those conditions are exactly are difficult to determine. In terms of occasional to moderate cannabis consumption, there is little evidence that the herb causes any sort of long-term damage.

Other than becoming dependent on cannabis, there is still no evidence of serious health harms caused by even chronic cannabis use. Though, studies like those cited in the above section suggest that harms may be possible.

Yet, for many, regular cannabis use can drastically improve quality of life and assist in healing in some mental and neurological conditions.

While at least one small study has found that heavy cannabis may be associated with low dopamine activity in certain parts of the brain, in some cases, it may help save dopamine-producing neurons. Such is the case with Parkinson’s Disease.

Parkinson’s patients experience a huge loss of dopamine neurons in a region called the substantial nigra, an area in the middle of the brain that controls movement and reward. Preclinical evidence suggests that cannabis may have a neuroprotective effect on these cells, preventing and slowing degenerations.

Cannabis treatments are also now being considered for brain trauma prevention by National Football League (NFL) players. Researchers have only just begun to put this theory to the test.

One pharmaceutical company, Kannalife Sciences is currently studying the neuroprotective effects of cannabis compounds, in hopes of one day creating a cannabis drug that can mitigate damage from concussions.

As it turns out, cannabis may have a different impact on the brain depending on the age when the consumer first starts.

Two of the primary concerns? A greater likelihood of dependence and difficulties with attention and memory. Young and teenaged brains are significantly more susceptible to addictive behaviors, which is one reason many parents and health professionals are wary about adolescent consumption.

These alterations were found in teens who began consuming prior to the age of 16. However, these effects were not seen in those who began consuming cannabis later in life. Behavioral impulsivity was the primary concern addressed in this study. Otherwise, no life-threatening impacts have been noted.

Adults, in contrast, may gain more benefit from the herb than harm. In 2008, an Ohio State University study found that a synthetic cannabinoid (a man-made THC) successfully reduced brain inflammation and improved memory in senior rodent models.

These findings, plus a wealth of additional preclinical evidence, has lead researcher Gary Wenk, Ph.D. and study coauthor, to believe that consuming the herb may help improve the minds of aging adults. He hypothesizes,

I think all we can say safely so far is using low doses of marijuana for prolonged periods of time at some point in your life, possibly when you’re middle-aged to late middle-aged, is probably going to slow the onset or development of dementia, to the point where you’ll most likely die of old age before you get Alzheimer’s.

The general consensus, perhaps? Habitual smoking cannabis is not the healthiest thing to do, especially for individuals who are already young and healthy. However, the benefits of the plant may only increase into adulthood and old age.