Where is weed legal? 10 surprising countries that have decriminalized cannabis

If these countries can do it, why can’t America? 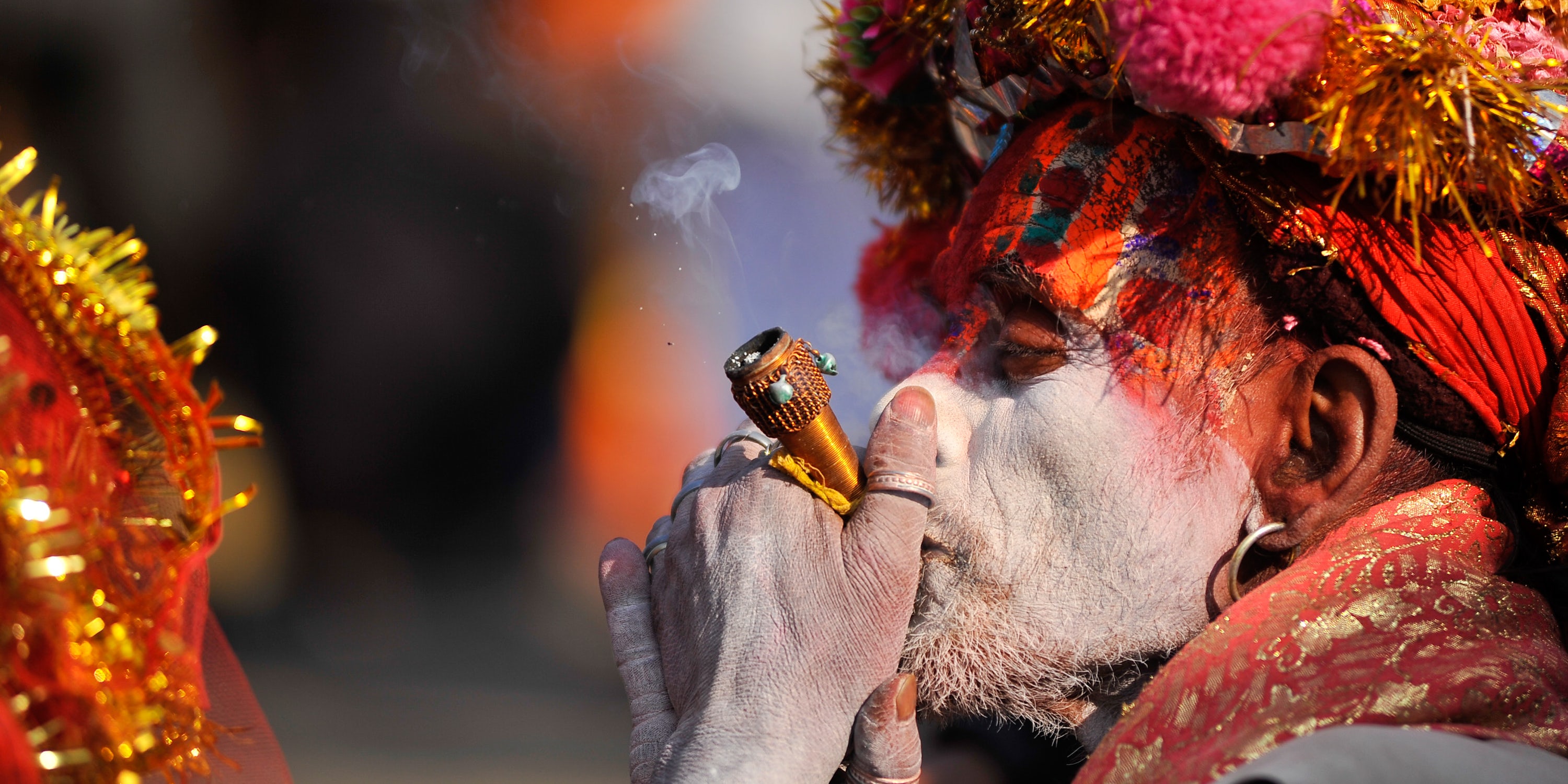 Where is weed legal? We all know weed is legal in California, Colorado, eventually Canada, and down in Uruguay. But did you know there are over a dozen countries where cannabis has been decriminalized?

What is decriminalization? Unlike legalizing weed for recreational or medicinal use, decriminalization makes it so that the possession of “personal use” drugs is no longer a punishable offense. Instead, those found with small amounts of drugs are sometimes given a fine or offered drug treatment.

Federally, the United States is not one of these countries because weed is still considered a “Schedule I” substance by the Controlled Substances Act (CSA). But many other countries around the world have decriminalized weed and other drugs for personal use, treating substance use more as a public health issue than a criminal one.

The most famous country to do this successfully was Portugal in 2001. During the 1980s, Portugal was suffering from a massive heroin epidemic with one in ten people using the deadly opioid; HIV infection rates were out of control as well. Now, overdose deaths, heroin use, and HIV infection rates have dropped dramatically, proving Portugal’s decriminalization strategy makes for fewer drug users, not more.

Where is weed legal? Check out ten of the most surprising countries that have also decriminalized cannabis below.

Russia, as a whole, has more liberal drug laws than the U.S. In Russia, the possession of six grams of flower or two grams of hash has been decriminalized. What’s more, before 2006, Russians could have up to 20 grams of flower and five grams of hash, until drug policy became stricter.

Russia has a long history of growing industrial hemp for fiber. At the end of the nineteenth century, Russia was producing 40 percent of Europe’s hemp, according to the Brockhaus and Efron Encyclopedic Dictionary. However, by the 1930s, hemp product was in decline, in part because of a genocide against peasants known as the “Dekulakization”.

Mexico has suffered terribly from both America’s War on Drugs and its own, initiated by Mexican president Felipe Calderón in 2006. Since 2006, 200,000 people have been murdered as a result of the drug war and over 30,000 have gone missing.

However, despite the drug war, cartel violence, and corruption, Mexico has been passing some progressive-ish drug policies. In 2009, Mexico decriminalized the “personal use” possession of five grams of flower, half a gram of cocaine, and 50 milligrams of heroin. If folks in Mexico are caught with that much or less, they are supposed to be offered drug treatment rather than be arrested.

Mexico also passed its first medical cannabis bill last year, but many activists are fighting for the full legalization of the plant. Consuming cannabis is still considered illegal as is growing. Plus, medical cannabis is limited to products with 1% THC or less.

In Italy, small personal use amounts of weed are considered a misdemeanor, most likely resulting in a fine and possibly, suspensions of documents, like driver’s license or passport. Medical cannabis was legalized in 2013 and is available to purchase from licensed state-run pharmacies with a prescription.

It’s still illegal to cultivate cannabis at home or use it “recreationally,” but many Italian lawmakers are looking to change that. In 2015, 250 lawmakers supported a proposal that would allow adults to grow five plants at home and join together to start “cannabis social clubs,” much like they have in Spain. The measure still hasn’t been approved, but with international cannabis legalization gaining steam, it’s still on the table.

Like Mexico, Colombia has also suffered from drug cartels, drug trafficking, and the U.S.’s War on Drugs. However, it’s actually been legal for Colombians to cultivate up to twenty plants at home since 1986.

In 1994, a constitutional court ruling decriminalized the personal use possession of cannabis and other drugs, like cocaine. Then, in 2012, the Colombian government officially endorsed decriminalization of the possession of up to twenty grams of flower. Those found in possession of substances are supposed to be encouraged into treatment, like in Mexico.

In 2015, Colombia legalized medical cannabis and awarded the first medical cannabis business licenses last year. Because of the country’s ideal environmental conditions for growing high-quality bud outdoors affordably, it’s poised to be one of the biggest producers of legal weed in the world. Where is weed legal? I wouldn’t be surprised if Colombia was next.

Cannabis is illegal in Ukraine, but the possession of five grams without intention to sell is decriminalized. Even more the cultivation of ten plants or less without the intention to sell is also decriminalized. Instead, it’s considered an “administrative violation” that may include a fine and seized plants. There are often pro-cannabis protests in Ukraine, although they’re not always met with open arms.

Norway can very recently be added to the list of “Where is Weed Legal” countries – or at least, decriminalized, that is. Just last December, Norway’s Parliament voted to decriminalize all drug use, including cannabis, cocaine, and heroin. The vote begins a slow but progressive process to change the law from punishing drug users to providing them with help. It’s following Portugal’s successful lead to treat drug use and addiction as a public health concern rather than criminal matter.

Paraguay is the second largest producer of black market cannabis in the world after Mexico. Much of the country’s illegal buds feed the black markets of nearby Brazil and Argentina. However, like Mexico and much of Latin America, Paraguay has recently legalized medical cannabis and decriminalized person use possession.

In Paraguay, citizens can carry up to 10 grams for personal use since 1988, but they still can’t cultivate their own plants. Even though their first medical cannabis bill was just passed last December, activists are still fighting for the right to grow their own plants.

Would you guess the Czech Republic is on the list of “Where is Weed Legal” nations? While adult use cannabis is still illegal, the plant was decriminalized in 2010. Folks can carry up to 15 grams of flower and five grams of hashish for personal use and cultivate up to five plants at home. Plus, they also decriminalized personal possession of other drugs, including 1.5 grams of meth and heroin, and five ecstasy pills. All are now considered misdemeanors that could come with a fine.

What’s more, the Czech Republic legalized medical cannabis in 2013. Patients can receive up to 180 grams of flower per month prescribed by a licensed physician.

According to the United Nations, six percent of Estonia’s population smokes weed, putting them in the top 30 biggest stoner nations in the world. However, the public opinion on the plant still appears pretty low. A 2016 survey found 93 percent of Estonians were opposed to cannabis use and 87 percent were against legalization.

Regardless, cannabis possession of up to 7.5 grams has been decriminalized and is only punishable by a fine. However, larger amounts or intent to distribute could land you in jail for up to five years. Cultivation is also still illegal.

In Switzerland, it’s been decriminalized to possess less than ten grams of weed since 2012. But a weird thing is happening with CBD in the country. Since 2017, cannabis that contains 1 percent of THC or less is no longer considered an illegal substance. This has led to the boom of high-CBD strains of flower that can be legally bought and sold in head shops across the country. The Guardian reports this low-THC, high-CBD “legal weed” is also gaining popularity in France, and maybe soon, in the UK. Could this new trend redefine where is weed legal?

Decriminalization of weed and other drugs is a great way to keep people out of jail for a harmless plant, saving lives and resources. It’s a step that the U.S. desperately needs to take, even though Jeff Sessions is making it his mission to prevent it. However, the rest of the world is moving on and hopefully, the next logical step will be to fully legalize and regulate weed. Where is weed legal? Hopefully, soon we’ll have to ask where is weed not legal?

Get 20% off premium weed and discover the latest products, news, and deals in cannabis.
March 09, 2018 — Last Updated
Written by Michelle Janikian