Now Reading:learn | Five (Legit) Reasons Why Weed Is Good For You 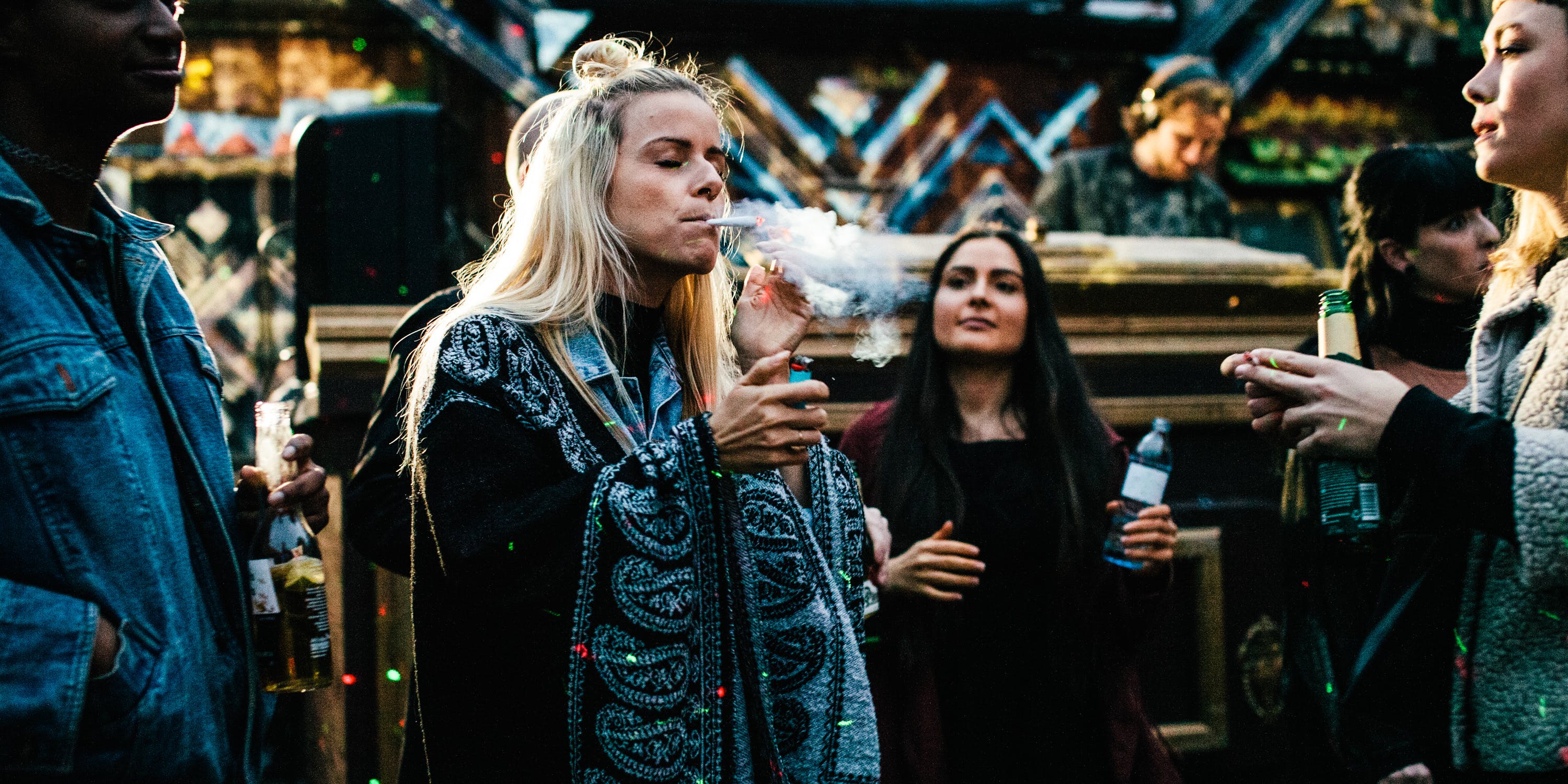 Five (Legit) Reasons Why Weed Is Good For You

From restful sleep to reducing anxiety, science is proving that weed has many benefits beyond the high.

Aside from the good vibes of getting high, did you know that using cannabis has actual health benefits? Cannabis continues to be a polarizing topic as it’s only in the last couple of decades that the substance has been legally used for medicinal purposes in the U.S. And it’s only starting to get the due-diligence it deserves from the scientific community now. Either way, anecdotal evidence paired with preliminary research are already indicating a few promising applications for our favorite herb. Here are the top five.

1. Weed is good for your brain

A 2017 study indicated that cannabis users could have a greatly reduced risk of stroke. Scientists at the University of Texas at Dallas found marijuana users have more blood flow to the brain and extract more oxygen from cerebral blood flow than nonusers. Increased blood flow can help prevent strokes and aid in stroke recovery.

Cannabis is also showing promise as a treatment for neurodegenerative diseases. A 2014 study found that THC could be a potential treatment for Alzheimer’s disease. THC blocks inflammation in the brain and “stimulates the removal of toxic plaque,” according to the scientists. Cannabis has also been used to help dementia patients, according to Dr. David Casarett, author of Stoned: A Doctor’s Case for Medical Marijuana.

Studies show cannabis has neuroprotective and antioxidant capabilities too; it actually helps guard your brain cells against injury. For the same reason, cannabis might even help the brain recover better and faster after injury. According to some researchers, cannabis can “shrink” the damaged area of the brain. That’s why CBD and other cannabinoids are piquing the interest of physicians who work with a lot of pro-athletes prone to traumatic brain injury.

“Wait, what?” you might be thinking. “How can anything you smoke be good for your lungs?”

Dr. Donald Tashkin, professor of medicine at UCLA and a leading scientist in the field, could hardly believe the results. Dr. Tashkin, who had studied cannabis for 30 years, conducted one of the biggest studies ever on the effects of marijuana smoking on the lungs. “We hypothesized there would be a positive association between marijuana use and lung cancer, and that the association would be more positive with heavier use,” Tashkin said. “What we found instead was no association at all and even a suggestion of some protective effect.”

The study found that even heavy cannabis smokers showed no increased incidence, and in fact, had a slightly lower rate of cancer.

A 2012 study on the pulmonary function of cannabis smokers found no association between marijuana exposure and lung damage over a 20-year period.

Cannabis smoking can actually increase lung capacity, according to a 2010 study which had expected to find the opposite. “Cannabis use was associated with higher lung volumes,” researchers concluded.

3. Weed is good for your metabolism

The cannabinoids in marijuana help boost your metabolism, increase fat loss, and lower cholesterol. This is part of the overall homeostasis (balancing) effect of cannabis. That’s why the rate of both obesity and diabetes among weed smokers is lower when compared to nonusers.

A survey conducted in 2004 found that smoking cannabis in the past year was associated with a 56 percent lower likelihood of obesity. Boosting the metabolism is why cannabis users are less prone to getting fat, despite getting the munchies, according to a 2011 study.

Another study in 2013 revealed similar results. It found that regular weed smokers tend to be thinner than people who don’t toke up. “The most important finding is that current users of marijuana appeared to have better carbohydrate metabolism than nonusers,” explained Murray Mittleman of Harvard Medical School, lead author of the study.

4. Weed is good at reducing anxiety

Depending on the strain, weed is good for people who suffer from anxiety. This is almost certainly because the amygdalae—the structures at the center of the brain that control fear—have cannabinoid receptors. The latter point was verified by researchers in 2014 and is a big step in understanding how cannabis can alleviate anxiety.

A 2010 article in the Harvard Mental Health Letter suggested that cannabis alleviates symptoms of anxiety. The article mentioned that small doses of THC act as a sedative that decreases anxiety symptoms.

A landmark 2017 study found that regular marijuana use may make a person less prone to anxiety over time—when they’re not actually high. People who use cannabis daily had a blunted stress reaction when exposed to high-stress situations. This held true even after a period of abstinence from weed. In what may be a major clue, the stress hormone (cortisol) levels of cannabis users remained the same under high stress as they were under no stress. This is in contrast to non-cannabis users, who experienced elevated levels of cortisol when stressed.

However, much of this is contradicted by the National Academies of Sciences, Engineering, and Medicine review, which instead found that regular users of cannabis may actually be at an increased risk for social anxiety.

Cannabis use is likely to increase the risk of psychosis, including schizophrenia. But a finding among people with schizophrenia and other psychoses also indicated that regular use is linked with improved performance on tests assessing learning and memory.

A lot depends on a person’s mental state before smoking, the environment, and their expectations. While cannabis can instigate a general feeling of euphoria, it can also have adverse effects that induce feelings of anxiety. That’s why it’s important to experiment in a safe environment and find the right strain for you.

After you toke up, you tend to nod out. Many people find that cannabis before bedtime acts as an effective sleep aid that provides a more restful sleep compared to alcohol or pills. It’s also much safer.

One reason for this is that weed can help eliminate nightmares. It does this, researchers believe, by suppressing REM sleep, the stage of sleep in which dreams occur. This has been particularly helpful to military veterans suffering from PTSD. Veterans who face unremitting nightmares and insomnia—and who have found prescription drugs ineffective or downright harmful—have reported immense relief from cannabis.

The theory is that if you spend less time dreaming, you’ll spend more time in a “deep sleep” state, thought to be the most restorative part of the sleep cycle.