Now Reading:learn | This Is What Will Happen If You Mix CBD and Alcohol 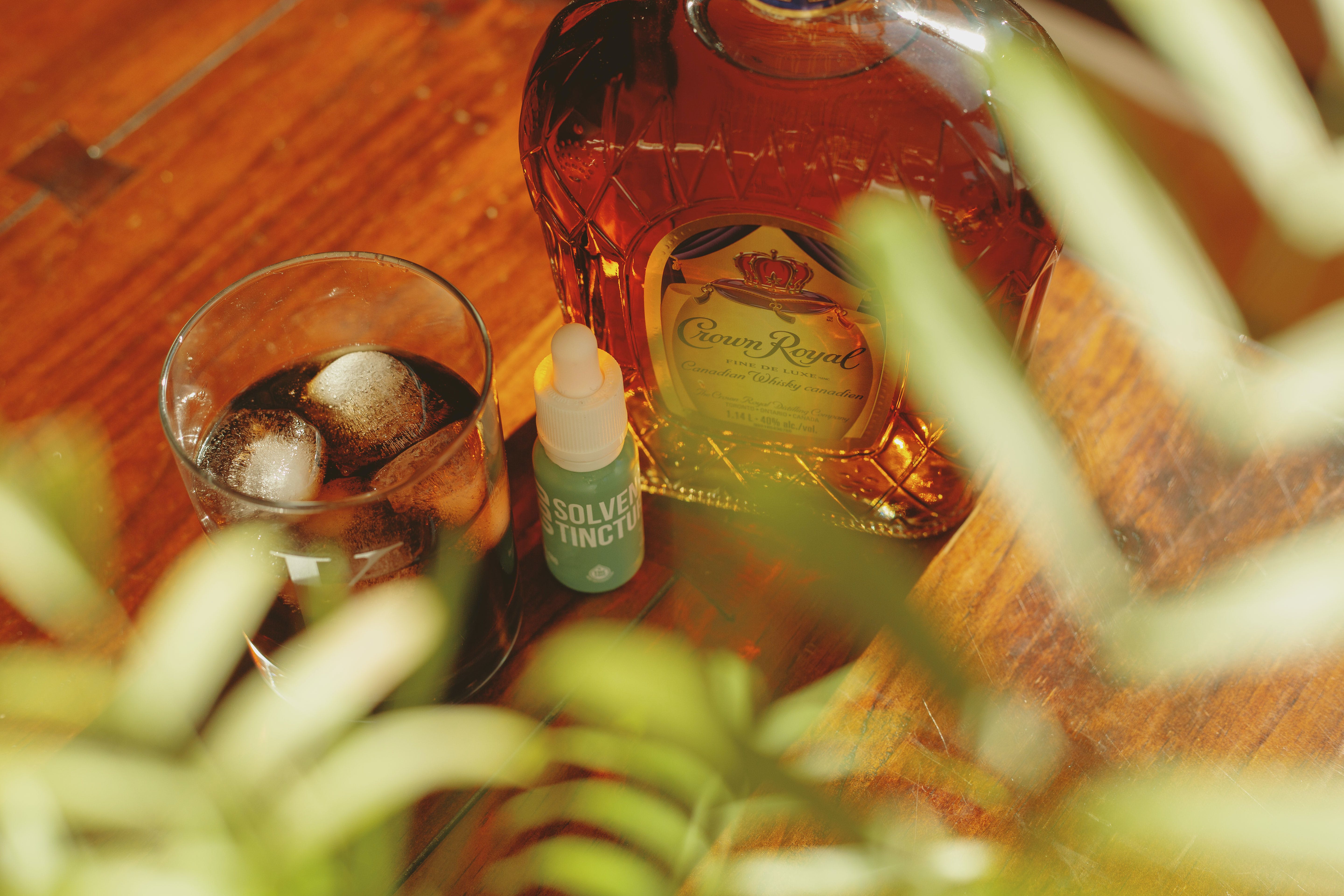 This Is What Will Happen If You Mix CBD and Alcohol

CBD is in everything these days, but should you mix it with alcohol?

CBD-infused alcoholic drinks are becoming more common on the drink menus of hip bars and restaurants looking to hop on the cannabis bandwagon. This raises several questions about consuming these two powerful compounds at the same time.

Is it safe to consume CBD and alcohol together? And what effect does it have? Let’s take a look at what drinking alcohol and taking CBD concurrently does to the human body.

CBD and Alcohol: Can You Drink While Taking CBD Oil?

You may have heard a few urban legends that CBD makes alcohol stronger, or mixing the two can get you high like smoking a joint. But nothing could be further from the truth.

A recent human study investigating the interaction between CBD and alcohol came up with some definitive findings. The robust double-blind placebo study tested for both cognitive and psychomotor impairment, in addition to the pharmacological effects of CBD mixed with alcohol, and ultimately found that there was no observable interaction between the two.

CBD does not increase the intoxication produced by alcohol, and neither does CBD suddenly become psychoactive when mixed with booze. Interestingly, the study did discover that CBD significantly reduces blood alcohol levels, mysteriously however, this did not correlate to a reduction in intoxication.

So, CBD mixed with alcohol will not make you any more or less drunk, and it definitely won’t get you high. CBD remains completely safe to consume even when mixed with alcohol, so you can be confident that cannabidiol infused-mojito you just downed, won’t do you any harm.

It’s common knowledge that consuming alcohol damages the liver. So, does throwing CBD into the mix have any affect on your hardworking liver?

Consuming alcohol puts your liver under oxidative stress, which leads to inflammation. It’s this inflammation that causes damage to your liver. Therefore, it would seem logical that CBD’s proven antioxidant and anti-inflammatory effects would offer great potential in treating alcohol induced liver damage.

While a full human trial is yet to be conducted, a study performed on mice found that CBD did indeed reduce the oxidative and nitric stress put on the liver by the binge consumption of alcohol. Meaning a CBD infused cocktail could well be better for you than alcohol alone.

Whether these findings translate to effectiveness in human populations is yet to be confirmed. Even though further study is needed, the preliminary findings show great promise in CBD’s ability to treat alcohol induced liver damage.

While drinking too much too often may constitute alcohol abuse, alcoholism is a different beast entirely. Alcohol addiction affects as many as 1 in 12 American adults, making it one of the foremost health problems today. Alcoholism is one of many addictions, and CBD has some potentially life-changing benefits for those wishing to curb addictive behaviors.

A scientific review of CBD’s effects on addictive behaviors concluded that CBD shows fantastic potential as an intervention treatment for a host of substance addictions, alcohol included. By interacting with the “brain-reward” system that causes dependency, CBD was shown to alleviate cravings and reduce the probability of relapse in addicts.

Withdrawal from alcohol is something that effects long term abusers who stop drinking cold turkey. Its physical symptoms run on a scale of severity: from anxiety, restlessness and tremors, to extreme nausea, hallucinations and potentially life-threatening seizures.

For now, there’s no evidence that CBD is an effective treatment for the physical symptoms of alcohol withdrawal. However, it’s role in curbing the “brain reward” cravings that accompany withdrawal is certainly worthy of further investigation.

Hangovers are the worst. Nausea, dizziness and a banging headache are usually waiting for you in the morning after a night of excess drinking. However, before you reach for the ibuprofen, you should consider CBD as an alternative.

That’s because, that all too familiar hangover is not a result of alcohol withdrawal. In fact, hangover headaches are caused by inflammation bought on by dehydration. And that’s where, once again, CBD’s anti-inflammatory properties may come to the rescue. CBD may reduce the inflammation caused by a night of drinking. Plus, cannabidiol has painkilling and nausea suppressing powers, so it can help you fight all the symptoms of a hangover.

Why not give CBD a try the next time your nursing a bad hangover? Better yet, take some CBD before you go to sleep with plenty of water. And say hello to your new go-to hangover cure and prevention tool: CBD.