Can CBD Help You Manage Your Anxiety? Here’s What Scientific Studies Say

As more people trade prescriptions for cannabinoids, we look into whether or not CBD can really help to manage your anxiety. 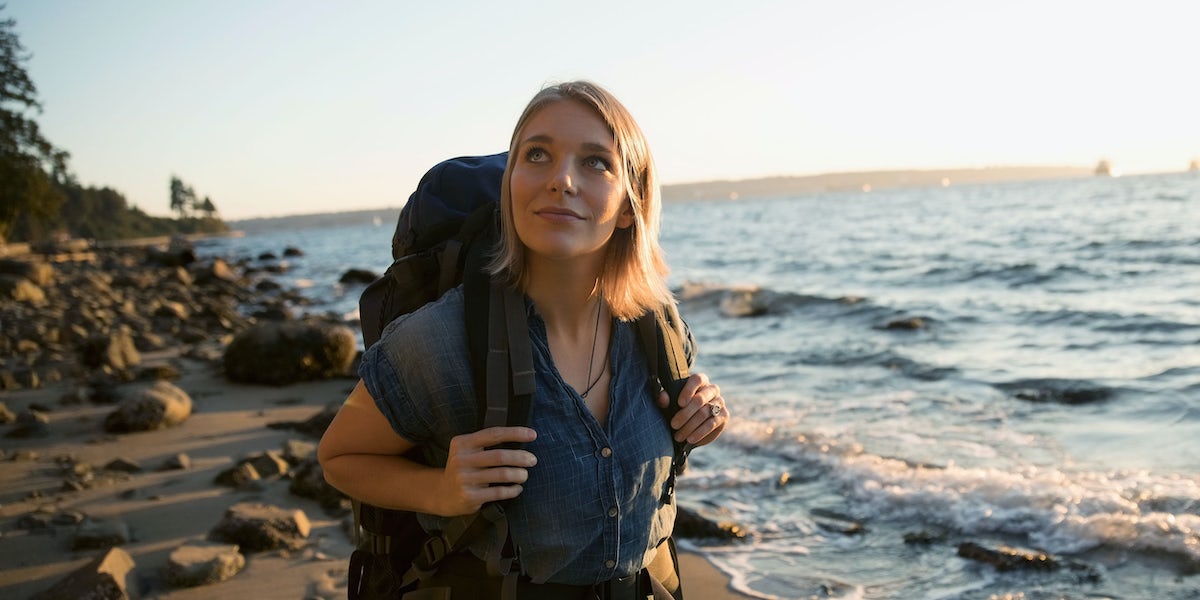 Can CBD Help You Manage Your Anxiety? (Photo by Hero Images/Getty Images)

Anxiety is a natural response to uncertainty. Often described as feelings of “worry, nervousness, and unease”, the powerful emotion has a way of overtaking the senses, propelling the experiencer into the future, into the hypothetical, and into a world of conjecture. While the majority of people experience this emotion at some point or another, anxiety can become problematic when this feeling of unease becomes an ever-present, constant, nagging sensation of fear. It’s a fear that has many searching for solutions. One of which may be the use of CBD for anxiety management.

As it turns out, these sensations of dread and nervousness are all too common. As many as 13.5 million patients in the United States have been prescribed medications to manage anxiety. In Canada, as much as 10 percent of the general population has been described prescription sedatives to manage anxiety and sleep problems.

Yet, not everyone is turning to prescriptions to manage anxiety. Recently, there has been a public shift toward greater acceptance of natural medicines and lifestyle changes to manage health ailments, including medical cannabis. With good reason, too.

While decades of research restrictions have made it difficult for scientists to study the effects of cannabis compounds in humans, a growing body of evidence suggests that at least one compound in the herb can have profound effects on mood, anxiety, and fear. The molecule of interest? Cannabidiol (CBD).

CBD is a unique phytochemical produced only by the cannabis plant. While consumers lacked access to this common hemp constituent for decades, the natural medicine is often extracted and sold online as hemp oil. Reputable companies, like Green Roads, have even concocted pharmaceutical-quality formulations of the compound and ship the botanical extract across the United States and Canada.

Can you use CBD for anxiety management?

When researchers begin to test new medicines, mice and other rodents are often their first subjects. While hemp has had a reputation for calming the mind and improving mood for centuries, it was in rats that the anxiety-reducing potential of CBD was first measured.

Back in 1990, researchers placed rats into a maze-structure that featured both enclosed spaces and open spaces. Rodents tend to shy away from open spaces, often preferring to huddle safely in the confines of enclosed walls. When they are forced into open spaces, most rats will freeze with fear. Except, however, when they receive a dose of CBD.

In order to test the potential effectiveness of CBD for anxiety, scientists from the University of Sao Paulo in Brazil recorded the willingness of CBD-treated rats to break through the confines of their fear and enter an open space. Amazingly, when given up to 10 milligrams of CBD per  kilogram of body weight, animals treated with CBD were more willing to venture out of their comfort zone.

The emboldening nature of CBD may work in humans, as well. Over two decades later, the cannabis compound was given to social anxiety patients who were asked to speak before an audience. In 2011, Brazilian researchers goaded 24 test subjects out into the open to test how CBD compared with placebo during a stressful, anxiety-inducing situation.

Similar to the early rodent trials, participants who were given CBD showed fewer signs of stress. The authors ultimately concluded that the cannabis compound significantly reduced anxiety, improved cognitive performance, and lowered discomfort than their untreated counterparts. Those given CBD were treated with a single 600-milligram dose of the cannabinoid.

Among the general population, however, it is not uncommon for consumers to self-supplement with variable dosage products. Green Roads, for example, makes it easy for consumers to find their own doses of CBD by offering pharmacist-formulated oils that range seven to over 50 milligrams per serving.

CBD may ease feelings of fear

Amazingly enough, the anxiolytic properties of CBD may be in part due to the compound’s effect on memory. While research is currently in theoretical stages, there is a growing body of evidence that suggests that CBD may help prevent the formation of fearful memories after a traumatic event. Learned fear is one of the primary contributors to chronic anxiety.

To make this discovery, scientists from the University of Western Ontario tested the memory-altering effects of the cannabinoid in rodents that were exposed to trauma. After being exposed to a frightening shock in a particular location, rats were treated with CBD and placed back into the environment where the initial trauma occurred.

According to this early study, CBD treatment seemed to block the rodent’s ability to develop a memory connection between environmental triggers and a traumatic event. Interestingly, the molecule seemed to interrupt the development of fearful memories due to its interaction with a cell receptor commonly targeted by antidepressant drugs, the serotonin receptor.

While human studies are desperately needed, these early experiments may have big implications for those with anxiety and trauma-related mental health conditions. Already, the cannabis compound has been found to ease symptoms of anxiety and distress in patients at high-risk of psychosis. Yet, there is still much to learn about the mood-elevating properties of this botanical medicine and exactly how it eases anxiety.

Research on the topic may still be emerging, but many patients are already making the switch to CBD oil. To build the case for CBD oil for anxiety even further, a 2016 study published in the Journal of Health Affairs found that prescriptions for anti-anxiety medications fell by an average of 562 doses per doctor per year in states with medical cannabis policies.

Yet, you don’t have to live in a medical cannabis state to access anxiety-relieving CBD oil. While it is a common belief that only those in a few privileged locations can access the compound, this now couldn’t be further from the truth. CBD sold as CBD hemp oil is readily available online through suppliers like Green Roads, giving a greater amount of consumers access to the potentially life-changing natural supplement.

Exactly why and how CBD oil works for anxiety remains a mystery. However, the emerging science on the topic is nothing short of fascinating. Can CBD help you manage your anxiety? Right now, data from human trials are few and far between. Yet, for many, the early evidence is enough to warrant testing out the natural therapy.

Get 20% off premium weed and discover the latest products, news, and deals in cannabis.
August 07, 2018 — Last Updated
Written by HERB