How To Smoke Weed & Keep Your Lungs Healthy

If you want to keep your lungs healthy, smoke is bad. However, with the steps and methods outlined here, you can keep your lungs as healthy as possible. Created with Hitoki. 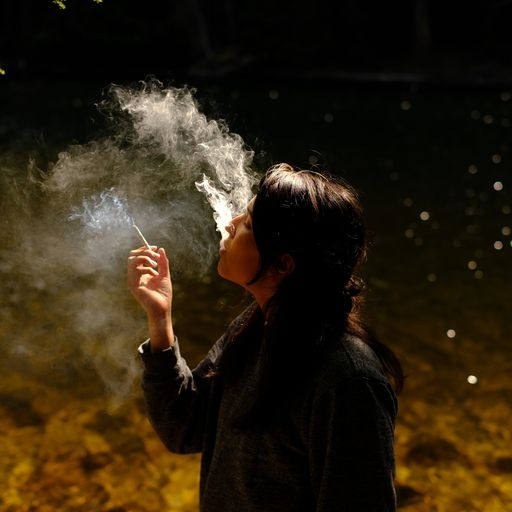 Let’s face it: if you want to keep your lungs healthy, smoke is terrible.

Yet, when it comes to the effect of cannabis on your lungs, that simple fact comes with a vast and complicated “BUT” The number one risk of inhaling smoke into your lungs is lung cancer.

Be it smoke from tobacco or from a campfire, ashen plant particles in your lungs are never good.

If you’re worried about cannabis damaging your lungs, here’s a guide we made with the folks at Hitoki, makers of the Trident and leaders in innovative cannabis combustion methods, with everything you need to know about lung health for stoners.

Using revolutionary laser combustion technology, the Trident offers a unique and sophisticated alternative for smokers that not only protects the lungs but preserves and highlights the natural flavors of the product.

The Bizarre Truth About Cannabis Smoke

Yet, somehow, this fact fails to hold true for weed smokers. Is this a natural anomaly? Well, kind of. Recent studies show that regular cannabis users are as likely to get lung cancer as the average person.

Weird, right? How is that possible? Well, we’ve got the scoop. Here’s all you’ve ever needed to know about the effects of smoking marijuana and how to keep your lungs healthy while doing it:

Earlier this year, researchers at Atlanta’s Emory University analyzed the National Health and Nutrition Examination Survey data. Their study found that marijuana users who smoked one joint a day for up to 20 years did not show signs of lung damage.

These results were found by studying data from a type of breathing test that measures airflow as you exhale. This test is called a spirometry test in the medical world.

A 2014 and a 2006 study found that smoking cannabis DID leave tar behind in our lungs. BUT, somehow, lung cancer risk remains relatively low despite that fact.

While cannabis and lung cancer don’t go hand-in-hand, heavy smokers still have some risks to worry about:

These risks are reduced when you vaporize instead of smoke herb. While it may seem obvious, it’s easy to forget that when you smoke weed (in every form: weed wax, shatter, herb, etcetera), you’re breathing hot, smoldering plant materials into your body.

Vapes use just enough heat to activate the cannabinoids in your flower or wax. At the same time, they avoid the itchy, inflaming burn associated with weed that’s been roasted a little too hot.

Rolling papers and the products you use to smoke may also be to blame for some lung irritation. Rolling papers may be processed with bleach or other chemicals, damaging your lung tissue.

Switching to a Trident would help avoid most of these risks as well.

But… Why Don’t Weed Smokers Get Lung Cancer?

Doctors, researchers, and scientists are still puzzled about why marijuana smoke is not linked to cancer.

It’s been recorded for some time now that marijuana smoke contains many of the same cancer-causing toxins as tobacco.

THC, the primary psychoactive in weed, might explain the odd absence of tumors. Research coming out of Spain’s oldest university, the Complutense University of Madrid, has shown that THC causes tumor cells to destroy themselves in animals.

No official studies have yet been approved to test THC’s power as a true tumor-killer in humans.

Though, fortunately, there’s hope in animal testing. THC both slowed and helped prevent the growth and progression of tumor growth in animal models.

Another German university study tested the effects of cannabidiol CBD on lung cancer cells. The results were quite exciting: CBD may help prevent cancers from moving around the body. That is to say; it prevents cancer cells from infecting other cells.

The authors even went as far as suggesting clinical trials using CBD as a treatment for lung cancer.

Findings like these may explain why weed smoke doesn’t cause lung cancer. Can a substance cause cancer and also prevent it at the same time? Only time and research will tell.

Everyone has their preferred method of smoking weed. Joints, pipes, and blunts have always been crowd-pleasers.

However, now that concentrates are in the mix, there’s a little more you need to know if you want to be a health-conscious cannabis smoker.

Protecting your lungs starts with knowing the pros and cons of different smoking methods.

Ever thought about lighting a bong with the sun and a magnifying glass? Well, laser combustion devices like the Trident works similarly.

Gone are the days where we needed to have a lighter to be able to smoke. Laser combustion is the future of smoking.

But what’s so special about it?

Laser combustion uses a concentrated light beam that does not burn your product like a regular lighter would, creating microparticles that you inhale.

Using a vape is the healthiest way of consuming cannabis by smoking. Because vaporizers, like the PAX 3, don’t put direct fire onto the herb, you’re able to get a nice inhale of vapors while mitigating many of the harmful impacts of inhaling hot plant material.

Smoking a joint, pre-roll, or pipe means taking a scorching flame directly to your weed. After lighting the herb, you inhale the remaining hot, ashy particles in less than a second.

That hot, unfiltered smoke is what causes irritation and tar build-up. Looking to play it safe? Try natural rolling papers or consider a screen for your pipe.

Water pipes, bubblers, and bongs all use water to cool down the smoke before you breathe it into your throat and lungs.

Not only does this cool down your herb, but the water also catches excessive ash and weed particles that would later turn into tar inside your lungs.

These water-based methods are far from perfect. Water and ice don’t catch all the plant resin floating around in the smoke.

Look for larger pieces that increase the distance between the flame and you, and supplement with ice if you’d like to play it safe.

Dabbing concentrates like Butane Hash Oil (BHO) are now more popular than ever. For healthy lungs, there are a couple of important things to note about dabbing:

Cleaning Your Lungs After Smoking

You might be wondering: If smoking leaves all this extra stuff behind, is there a way to clean out my lungs?

The answer? Yes! A little exercise can help reduce the effects of marijuana on your lungs. The best practice for your lungs? Deep breathing.

As we breathe, we take in vital oxygen that keeps us alive. There are two primary types of breathing: deep breathing and shallow breathing.

As we inhale, we either take air into our lungs’ tops or breathe profoundly and thoroughly throughout the organs.

The more fully we breathe, the more fresh oxygen can travel deeply into the lung tissue. The shallower the breath, the more toxins, stale air, pollutants, and allergens stay trapped.

All this trapped bad air and extra gunk in our lungs directly impact our health. It causes us to feel tired and leads to a loss of tissue function.

Lungs need exercise and movement every single day. When sitting and resting, our lungs only operate at 50% capacity.

“To help counteract the build-up of toxins and tar in the lungs caused by environmental pollutants,” Ryan continues, “allergens, dust, and cigarette some, you need to help your lungs cleanse themselves.”

Care about your lungs? Set aside time for a few simple breathing exercises after your next bowl. They will give your lungs the fresh oxygen and practice they need to feel healthy. To get you started, we’ve outlined a few of our favorites.

4 Breathing Exercises to Clear Out the Smoke

These quick and simple breathing exercises eliminate toxins and keep airways clear. As a bonus, they may even help you de-stress.

For all of these exercises, it’s crucial to think about your posture. Slouching or hunching hinders your ability to breathe deeply. If you’re seated, plant your feet flat on the floor. Remember to keep your back straight and your chest open.

If you choose to lay down, lay flat on your back with your arms relaxed down from your sides. Keep your palms open.

Inhale for 4 seconds, hold for 7, and exhale for 8. The 4-7-8 technique has grown in popularity among insomniacs and anxiety sufferers alike.

Not only will each breath help clear out your lungs, but it will leave you feeling calm and relaxed.

Focus on long, slow inhalations and exhalations of five seconds or longer. Imagine that you are breathing deep into your belly. Concentrate on raising your chest and navel as you inhale.

The strength of this breath comes from the abdominal muscles. Stand with your feet hip-width apart. This breath should not be done lying down.

Visualize expanding the diaphragm as you slowly and deeply inhale. The diaphragm is a muscle at the base of your lungs.

Singers exercise this muscle to increase their lung capacity.

Marijuana might be our favorite herb, but many other plants also have powerful medicinal properties.

Cultures have been using medicinal herbs to treat respiratory illnesses for centuries. Common plants like celery were used as medicines.

Celery, often found lying limp and pathetic in the bottom of the salad crisper, is antispasmodic. It was used to treat diseases like asthma and bronchitis in ancient England and China. Other medicinal plants can:

To help refresh your lungs after smoking weed, sprinkle a little of the dried herbs listed below into a vape. You can also brew them into a nice cup of tea.

Some Easy-to-Find Cleansing Herbs Include:

December 29, 2021
Written by Anna Wilcox
learn
Save for later
Start saving articles by clicking the heart icon and you'll find them again in your profile page.

Get 20% off premium weed and discover the latest products, news, and deals in cannabis.
learn
December 29, 2021
Written by Anna Wilcox
Save for later
Start saving articles by clicking the heart icon and you'll find them again in your profile page. 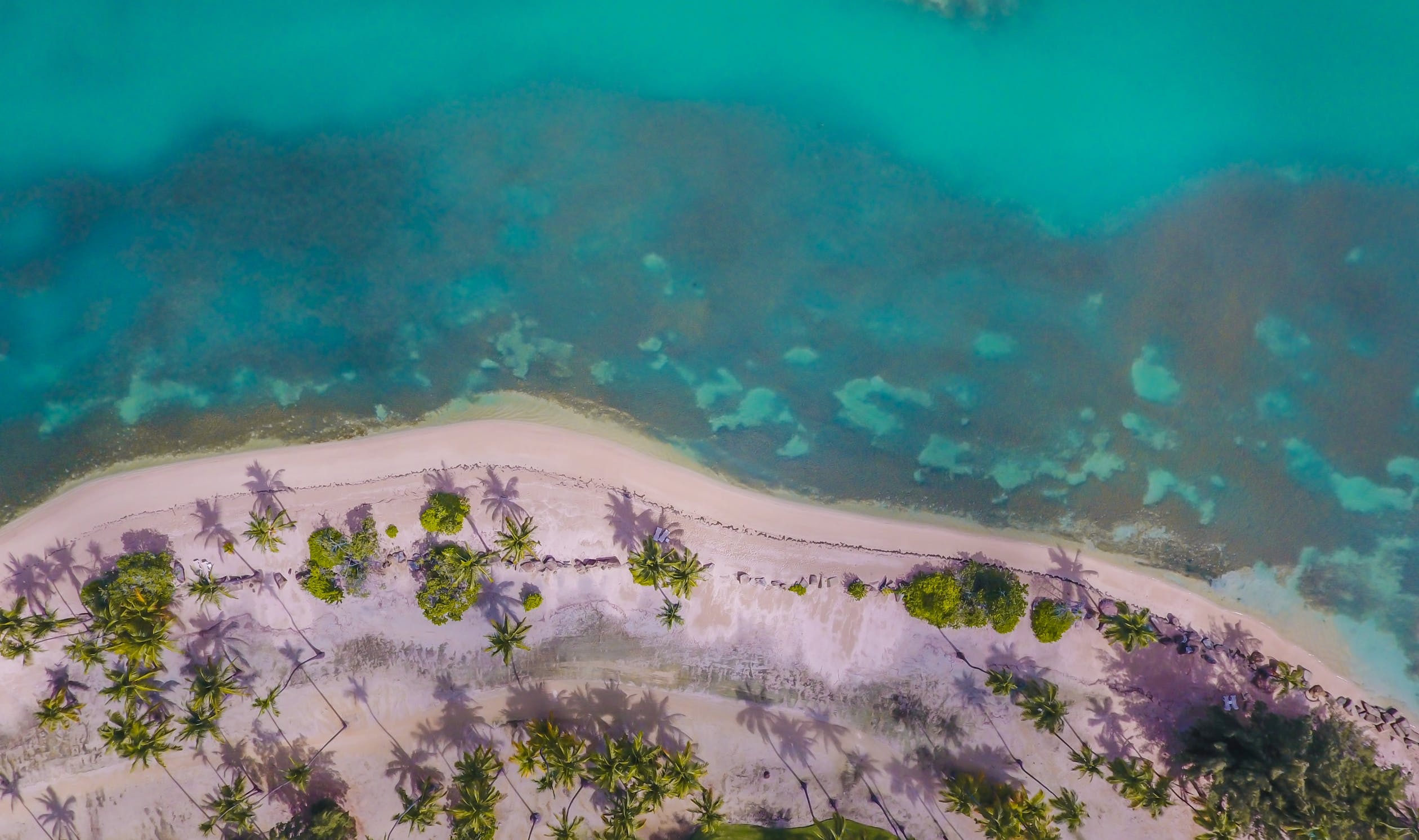