There is nothing quite like that runner’s high. But did you know that feeling is the same “high” effect you receive from marijuana. 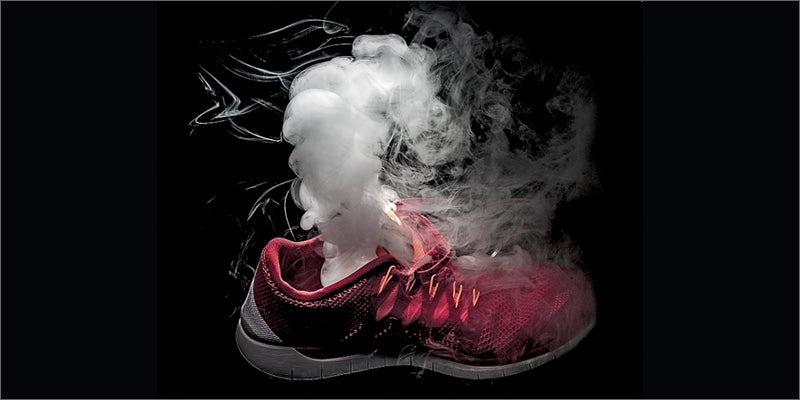 For those of you that consider yourselves runners, there is nothing quite like that runner’s high. For over 35 years, we have been under the impression that this sense of euphoria is from an increase in endogenous endorphins.

A new study published in Proceedings of the National Academy of Sciences of the United States, has brought forward incredibly interesting results. Running is able to create a pleasant feeling of euphoria, sedation and analgesia, as well as reduce anxiety. While studying mice running on wheels, the researchers were able to determine the euphoria came from the endocannabinoid system.

The study indicates that the “high” experienced while running is not from endorphins and is actually because of endocannabinoids. When running, there is an increase in blood levels of both β-endorphin and anandamide, also known as an endocannabinoid. The study concludes that;

“Cannabinoid receptors are crucial for main aspects of a runner’s high”.

Another similar study at the Central Institute of Mental Health of the University of Heidelberg was also performed on mice. The mice were separated into two groups, one group was given wheels to run on the other was not.

The mice running on wheels were found to have higher levels of endocannabinoids, and therefore, less anxiety and sensitivity to pain. The scientists then used drugs to block the mice’ endocannabinoid system. The mice were just as anxious and had a lower pain tolerance after running on the wheel.

A third group of mice, genetically bread without cannabinoids were given wheels to run on and lost interest after a few days.  These studies lead the researchers to determine that endocannabinoids are essentially responsible for the high received while running.

Runner, Jenn Shelton, who was featured in the bestselling book Born to Run, has spoken publically about the effect performance-enhancing effects of marijuana. If consumed in proper dosses it can have an incredible outcome while training to help endure boredom, reduce pain, and ease nausea. Shleton expressed in an interview in HighTimes;

“The person who is going to win an ultra [marathon] is someone who can manage their pain, not puke and stay calm. Pot does all three of those things.”

Consuming marijuana and running must have an incredible effect on your endocannabinoid system, especialy when considering the studies above stating that running itself creates a similar high. Perhaps this is why some athletes endorse combining marijuana and endurance sports such as running, because they’re actually getting super-high.

Do you know of other activities that give you the same “high” effect? If so, share it with is on social media!