Medical Marijuana – Is It Right For You? 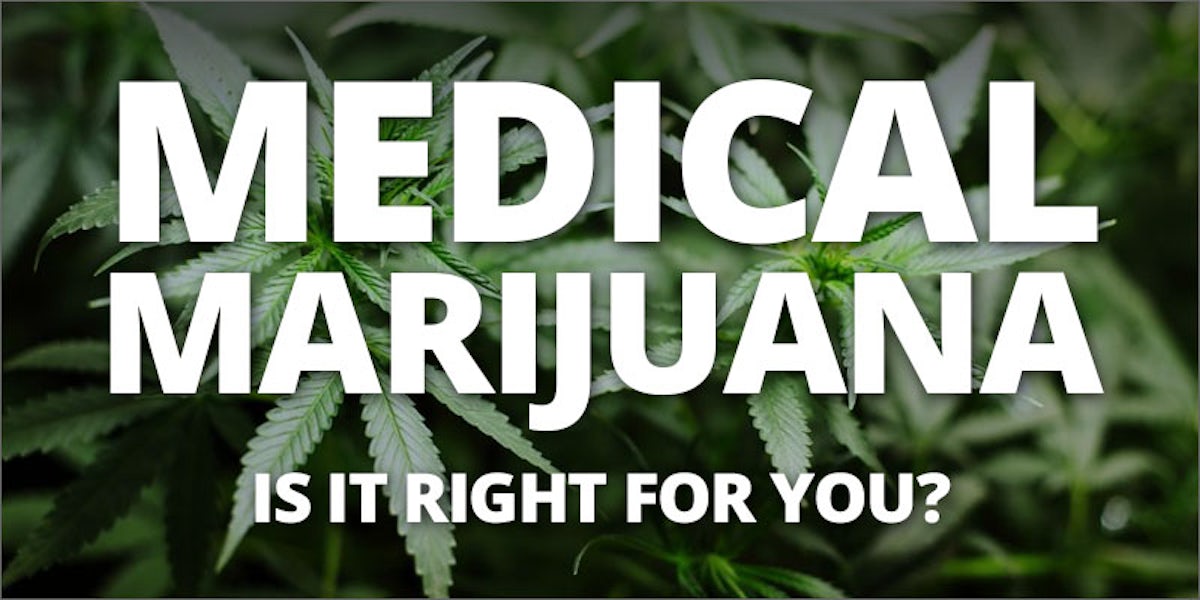 Medical marijuana seems to be the topic of the hour. Doctors, patients, pharmaceutical companies, politicians, and scientists; everyone is talking about it.

While some of us are completely aware of its benefits, most people have never been exposed to its scientific value and others are preconditioned to associate marijuana with drug abuse.

For these reasons, it is important to get clear with the facts and make an educated decision.

While most people feel that medical marijuana is an emerging science, some would be shocked to realize how old of a medicine it is. The oldest record of marijuana use in medicine goes back to 2737 BC. Chinese emperor Shen Nung highlighted its properties in the treatment of rheumatism, gout, and malaria. The migration of marijuana continued down to South Asia between 2000 and 1000 BC.

In India, Cannabis became widely used for recreational purposes. An ancient Sanskrit poem describes marijuana as being  part of the five kingdoms of herbs which have a potential to release us from anxiety. In the Bhagavad-Gita, an ancient Hindu scripture, it is associated with alleviation of fatigue and sharpening of memory. More interestingly, it is described as having a spiritual connection to the god Ganja, from which the actual term originates from in describing cannabis.

It is believed Cannabis may have been brought to the Middle East by Nomadic Indo-European troops. From there, Germanic tribes distributed it to Germany and Britain during the Anglo-Saxon invasion in the 5th century. While the records of Cannabis migration are fairly vast and complex, its use seemed to be widely distributed around the globe.

Barney Warf has written an complete geographical review entitled “A Historical Geography of Cannabis”, which describes all the records known to date. Whether it was pictured in the form of artwork, found in ruins, used for canvas or burnt as incense, marijuana was a lot more widespread than it is today.

It seems that the war on marijuana originated in America. “Many early prejudices against marijuana were thinly veiled racist fears of its smokers, often promulgated by reactionary newspapers,” states Warf in his review. In the United states, Medical Marijuana was used in pharmaceutical context in the treatment of nausea, rheumatism and labor pain until the 1930’s.

It was then that the Federal Bureau of Narcotics conducted a campaign aiming at criminalizing the use of Marijuana and portraying it as an addictive drug responsible for the “rebellion” against authorities of hippies and college students. In the 1970’s Marijuana was classified as a Schedule I drug. This classification not only entails that its has no medical use, but  that it has the highest addiction potential alongside LSD and Heroin.

While the use of Marijuana is still considered a criminal offense under federal law, 23 states have allowed the use of medical marijuana in the treatment of several medical conditions since 1996.

Alaska, Colorado, Oregon, and Washington have passed initiatives to legalize the distribution and sale, under state laws, of marijuana to adults 21 years and older.

The district of Columbia is the only state allowing users to grow and possess marijuana in a limited amount, but not to sell. Laws vary from state to state and from country to country and can be further examined in The National Conference of State Legislatures.

In Canada, the only legal way of using marijuana is under the Marihuana for Medical Purpose Regulation. This means that the only people allowed to use medical marijuana are those who have the support of their health practitioner. Only recently, newly elected Prime Minister Justin Trudeau released a public mandate to legalize marijuana by the end of his first term.

What we are currently experiencing is the acknowledgment that the prohibition against marijuana was a failure both for its users and science. The war on drugs has not been a success and, according to some, has only promoted the illegal activities associated with marijuana (The Georgia Straight).

What is Medical Marijuana

Medical marijuana is the term used to describe the use of the unprocessed plant and its derivatives in order to treat certain diseases and alleviate the symptoms of certain conditions.

The use of the whole of the plant is not FDA approved, however, certain derivatives of the plant such as Cannabinoids have been approved as medicine fabricated and distributed by pharmaceutical companies.

As more studies become available, new medication could hit the market in the treatment of certain conditions. However, FDA approval is a lengthy process which requires time-consuming clinical trials and approval procedures.

These molecules work on the user by interacting with cannabinoid receptors present in the body. To date, there are two of these receptors that have been characterized: CB1 and CB2. These receptors are mainly distributed in the brain cells and the immune system.

There are several classes of cannabinoids characterized by their psychoactive properties. The most commonly studied are CBD and THC.

CBD is the most abundant cannabinoid present in medical marijuana, making up around 40% of the plant’s resin. It seems that CBD does not contribute to the much debated high THC induces, making it a better candidate for clinical research. In fact, CBD seems to provide a natural protection against the high induced by THC.

Studies have found that CBD in the plant actually protects the user from the anxiety and paranoia induced by THC. For example, it was found that THC is associated with a decrease in brain activity while CBD promotes the opposite. In combination, CBD was found to dampen the effects of THC on the psychoactive side of things. In contrary to THC, which is associated with drowsiness, CBD promotes wakefulness.

THC is one of the 60+ cannabinoids found in medical marijuana. It was isolated in the 1960’s by Dr. Raphael Mechoulam and soon became a subject of intense study. THC has been found to be the psychoactive compound of Marijuana. It induces the typical high experienced by the user. This is the compound that acts on brain cells, and in a pleasant way.

THC has been found to have neuroprotective properties which contribute to reducing damage due to oxidative stress and inflammation. THC also shows a role in regenerating brain cells while contributing an anti-depressant effect. Its has been found that several naturally occurring molecules in our body resemble THC. Anandamide, being one of these molecules, was found to act just like THC on the regulation of sleep, appetite, and memory.

Medical marijuana is known to be effective in the treatment of a variety of conditions. For instance, a recent study has shown that cannabis could be the cure for some of the most aggressive cancers in adults by increasing the effects of radiation therapy. After years of denial, The National Cancer Institute finally admitted that Medical marijuana derivatives are effective in killing cancer cells while protecting normal ones.

Some of their studies show its effectiveness in treating or preventing colon cancer, liver cancer, lung cancer, and breast cancer. Medical marijuana has also shown to be effective in treating or reducing the side effects of a vast array of conditions:

The benefits of medical marijuana are blooming one study at a time and the findings look promising.

Where can you get it?

As for the cannabis derived medications, dronabinol and nabilone are two FDA approved drugs containing THC. These are primarily used in the treatment of nausea associated with chemotherapy.

Sativex, which has been approved in several countries, is a combination of THC and CBD in the form of a mouth spray designed to treat the muscle control disorder associated with MS. Epidiolex, which is has not yet undergone clinical trials, is a CBD-based medicine expected to be used in the treatment of epilepsy.

Much of the debate around medical marijuana involves its mind altering properties. When looking at experts opinion, the main risks in marijuana use is that its long-term effects on the body and the mind have not been studied extensively. Most of the research has been done on the therapeutic properties of marijuana with little focus on the risks.

One way to go around this problem is by monitoring the progress of current medical marijuana users according to Dr. Ware, director of clinical research at McGill University. Another type of concern revolves around the variability of CBD vs. THC in different strains. Exact amounts of the medicinal chemicals cannot be evaluated in the same way as pills or other forms of pharmaceutical products when consumed or smoked.

Other than the current concern around the carcinogenic effects of smoking, other side effects are harder to pinpoint because studies and current opinions often conflict. However, it is important to consider than any medication comes with associated side effects and it is a question of evaluating the pros and the cons when presented with a certain condition. Would you choose chemotherapy, which is known to kill all kinds of cells in the body, or Marijuana which has been shown to kill cancer cells only while protecting the rest? These are the types of comparisons that have to be made when evaluating the next best alternative.

Addiction is another fear revolving around the use of medical marijuana. However, statistics show that in states that have allowed the use of medical marijuana, opioid related deaths have dropped by 25 %. In the states only, there is an estimated of 46 people that die each day due to overdose related to prescription painkillers such as OxyCotin and Vicodin. While these do not reflect the health risks associated with marijuana use, they certainly point to a less dangerous alternative.

While there is still controversy around the use of medical marijuana, the therapeutic potential of the plant is a definite reality. Its historical use and value to our ancestors should underline its importance as a medicinal herb. We must also consider that the prohibition has cast a preconditioned view on the subject which explains the extra precaution and controversy in the use of cannabis.

It must be understood that there are far more dangerous FDA approved pharmaceuticals on the market nowadays, some of which are associated with addiction and overdose. Marijuana seems to offer a more gentle approach with a stronger therapeutic potential in a variety of conditions. It is important to weigh the pros and the cons when having to choose our medicine as they all come with some side effects.

We must continue to support the research around medical marijuana, educate ourselves about the possibilities, and keep an open mind away from uneducated opinion when approaching the subject. Most people relying on medical marijuana have exhausted all other possibilities and we must keep these people in mind when engaging with the benefits and the harm.

What is your opinion? Do you have anyone in your surroundings depending on medical marijuana for their well being? What is their experience with the product? Let us know 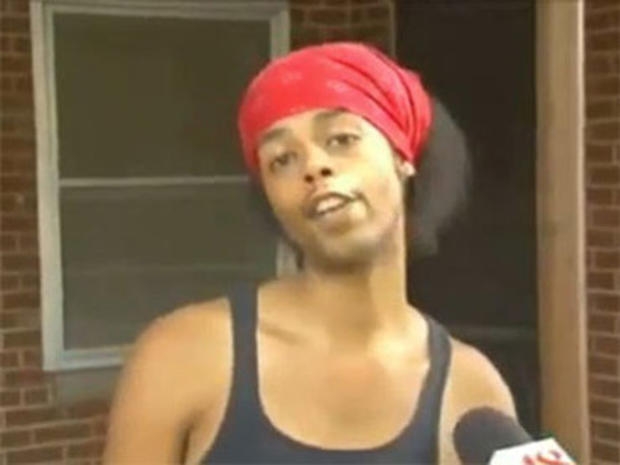 Get 20% off premium weed and discover the latest products, news, and deals in cannabis.
December 11, 2015 — Last Updated December 16, 2019
Written by Dorottya