Nailing your dabbing temperature can help you elevate your sessions and get the most out of your concentrates. The Terpometer is just the tool you need for that. 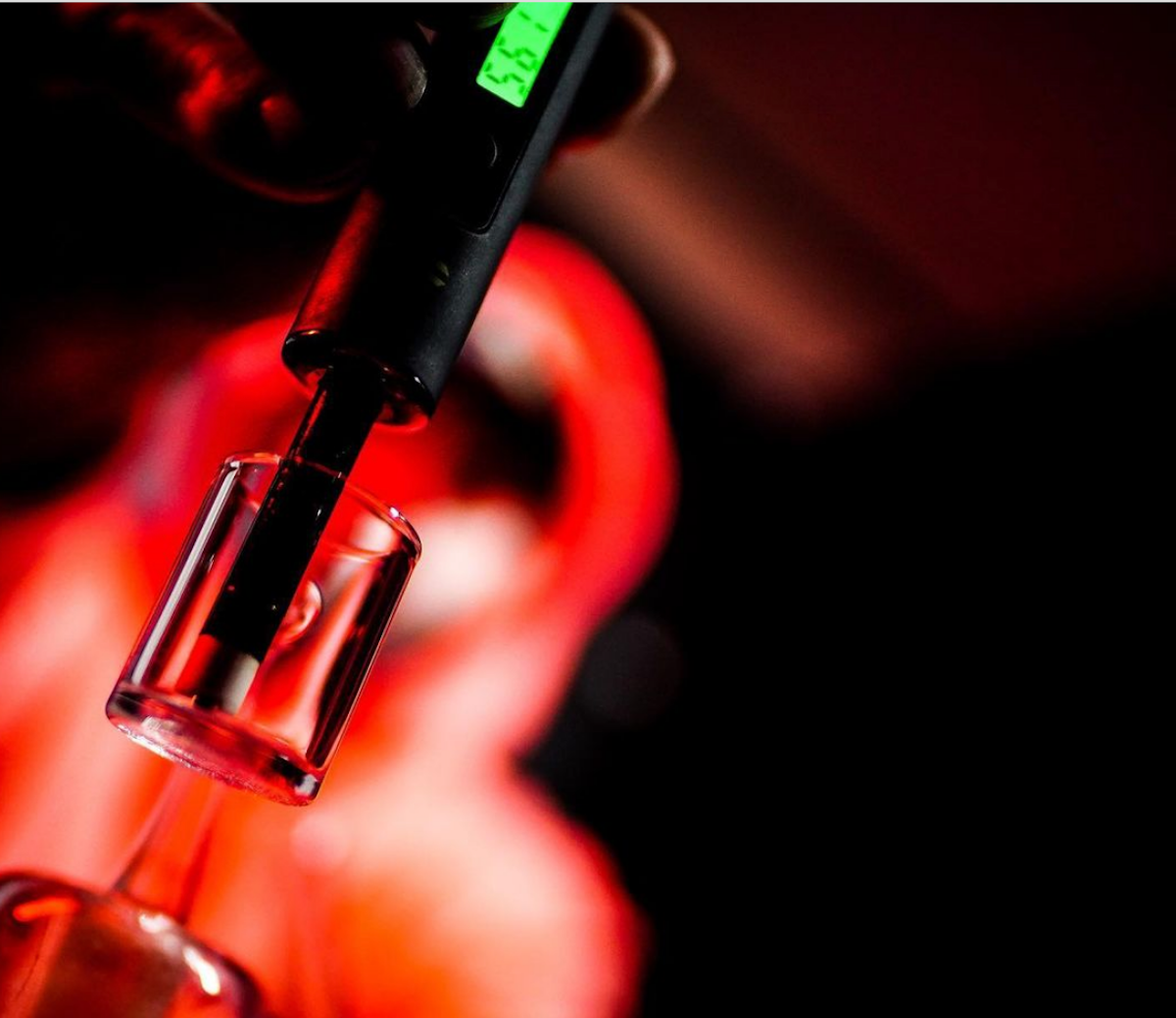 Photo courtesy of The Terpometer

If you’ve just started dabbing, owning a Terpometer can take one concern off your back during the experience. Comfort during a dab is the number one rule to having a pleasant dabbing session.

That said, it’s not one hundred percent necessary to own one. Pro dabbers like Erick Khan (check him out on YouTube if you still haven’t) don’t use any tool to measure the temperatures of their rigs. They judge by the time or color of their quartz.

But enough opinions, let’s walk through some of the details of the Terpometer so you can decide for yourself if it is worth your while (and money) or not. 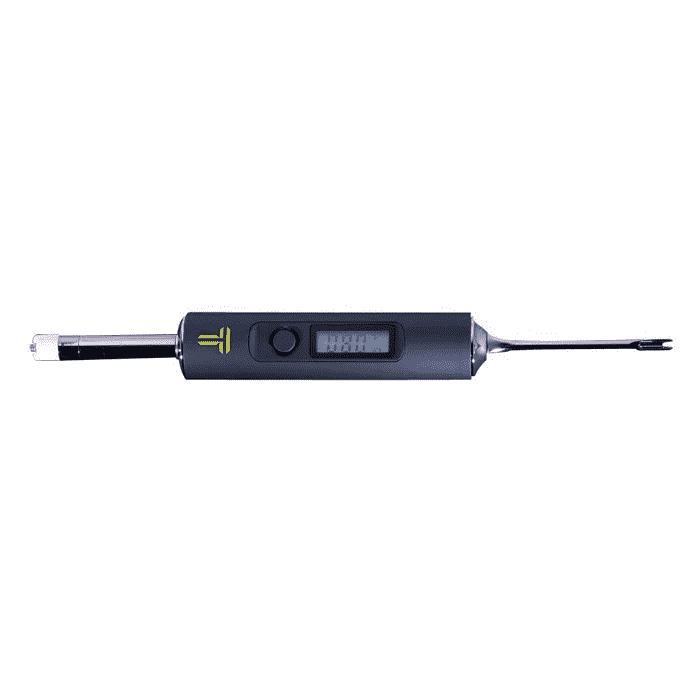 However, if you have been dabbing for a while and are used to IR, you probably understand your device and know what reading represents the temperature you’re looking for in your dab rig.

Then What’s The Difference With A Temp Gun?

Well, aside from accuracy on actual temperature, the Terpometer has a sleek design with an LCD screen indicating the temperature per se, the range it is in – cold is blue, red is too hot, green is perfect. Bear in mind that “perfect” is not a customizable temperature but a standard suggested one based on data collected by the manufacturers.

It can save you some research if you are only entering the dabbing world but don’t get led by the colors on the screen if you already know what you like. Just go with the temperature that you know gives you the best high.

Weighing around six ounces, it is worth mentioning how small and easy it to manipulate the Terpometer is, and to make things more ergonomic and exact at the same time, the sensor is a thermocouple instead of the infrared shot or a needle, which makes it precise when you measure temperature.

And it also has a detail that I adore: a super cute dab tool on the other end of the temperature sensor! So you won’t lose a second nor risk getting out of your ideal temperature by dabbing instantly after you’ve checked your quartz’s temperature.

Finally, in comparison with a temp gun, it provides a safer environment since you don’t have to manipulate so many bulky and heavy things at the same time, even safer when you use that two in one functionality to add the dab to your nail right after the read, and not having to go back and forth with temp guns, heat guns, and dab pens.

How Does A Terpometer Work?

Using a Terpometer is super easy. You have to follow some simple steps, quite intuitive, I may say, and never forget to have it charged. It has a USB charger that makes it pretty easy to plug into a power source practically anywhere.

The first thing you do, maybe the least intuitive one, is pressing on the power button three times for it to turn on. Then you place the sensor end, that is, the one with the thermocouple, right onto whatever material you are heating. The number on the LCD will go up and down, and once it has stabilized, you will know the actual temperature.

As mentioned before, the screen will also become either blue, red, or green. Until it’s green, heat again or let it cool down according to whether the screen is blue or red respectively, and then – once you’ve got the green go-light – flip the thing and use the tool at the other end to put your dab into the nail. It’s that easy!

The battery lasts about 45 minutes in use, which is forever if you’re not a compulsive dabber so that you won’t be charging it all that often. Just make sure that you don’t forget to every once in a while. You’ll also see the battery level on the LCD screen, which should be a good indicator/reminder.

Do You Need A Terpometer?

Considering that most people who buy it love the results, I would say it is worth the money. It costs around one hundred bucks – which is not a crazy investment for a banger accessory of this type, and it definitely won’t fail you if you’re using it for its purpose.

What also makes it a good value for money product is the number of different nails it can be used on, meaning that you don’t have to adapt your banger or rig to your thermometer, as you might with IR temp guns – which for me haven’t always been as consistent and applicable as the Terpometer is, especially with bangers made of transparent materials.

The Terpometer has also been immensely helpful for dabbers who had trouble vaporizing concentrates in the past and managed to handle that through this handy device as soon as they started using it.

All in all, the Terpometer is a nice to have tool. Not an absolute must, but it will undoubtedly be accurate and fast when in use, so if you are indeed looking for a temperature reader for your dab rig, this is the one I would choose for its practicality, efficiency, and, honestly, sexy design.

If you already have an IR thermometer with which you’re good at aiming and have established a sort of bond, hold on to it. You can upgrade to a Terpometer when your temp gun expires.

And finally, if you’re none of the above, an experienced dabber, and get it right where you want it by sight, I’d only suggest you getting one of these if you’re curious about your rig’s temperature and like the idea of having this quick dab tool in your hand right after checking it out.

accessoriesdabbingreviewstechnology
May 11, 2021 — Last Updated August 20, 2021
Written by Marcos Heredia
Save for later
Start saving articles by clicking the heart icon and you'll find them again in your profile page.

There might be other options out there, but in our experience, for variety, efficiency, and deals, Grassdoor has other weed delive…

What does "normal" really mean?

A new feud is brewing between Slipknot and Machine Gun Kelly.