The Importance of Terpenes in Hemp

These Are The Best Weed Gadgets For Tech-Savvy Stoners

20 Weed Hacks To Get You Through The Pandemic

The Best CBD Vape Cartridges on the Market

How To Get Your Daily CBD Without Going Bankrupt

Edible cannabis as we know it is going to change forever with the latest quick-onset edibles that are hitting dispensaries. Here's everything you need to know about them. Created with Wana. 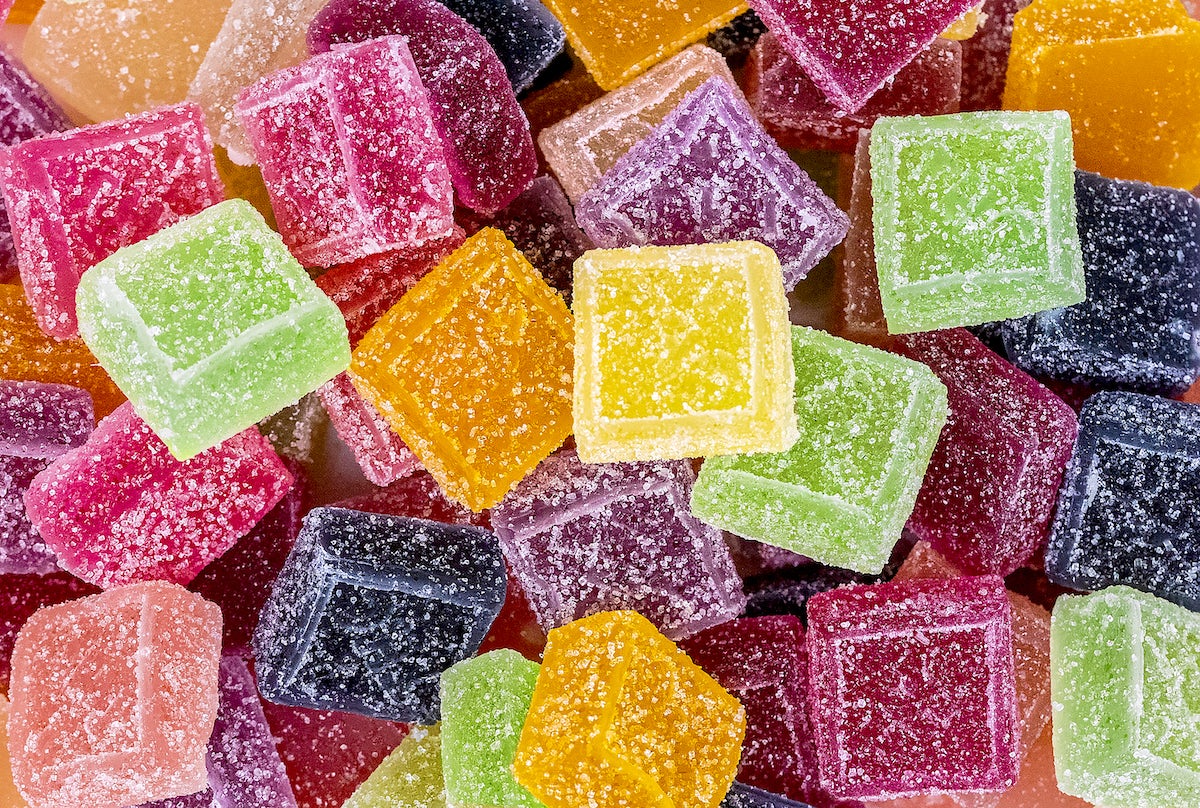 If you are a frequent consumer of edible cannabis, then this story will likely feel familiar: you and a few of your closest friends make plans to spice up movie night by adding some edibles into the mix. You stop by the dispensary and pick up a pack of delicious chocolates or maybe some mouth-watering Wana Blueberry Gummies. The anticipation and excitement builds as you make your way to your friend’s home. The movie starts, and you and your pals smile as you each indulge in the tasty treats. Thirty minutes go by, and so far there are no effects. You imbibe in another succulent morsel. One hour passes and still nothing. Two hours and the movie is over. You don’t feel any different. Maybe it was dud. Upon returning home you discover that it was, in fact, definitely not a dud as the psychotropic are beginning to finally take hold. The setting is all wrong now, and you’re beginning to regret taking that second edible.

Why do Traditional Edibles Take so Long to Kick-In?

Why are stories like this so ubiquitous in the culture? The answer is partly due to the way our bodies process edibles. When cannabinoids are eaten instead of being consumed through inhalation or sublingual administration, they have farther to travel before reaching the brain. First, they must be digested and absorbed through the intestines. After that, the cannabinoids are processed through the liver, and then finally, they reach the bloodstream where they can spread throughout the rest of the body and enter the brain.

How long it takes the cannabinoids to complete their arduous journey through our digestive system can be influenced by a myriad of factors. Determinants can range from the amount of THC or CBD in a particular edible, to what you ate for breakfast that morning, which is why, for many people, consistent dosing can be difficult to achieve while using edibles.

When taking traditional edibles, the first and most important thing to do is make sure you’re consuming a high-quality product. For example: try one of Wana Brand’s scrumptiously tart sour gummies. Not only are they delectable, but Wana’s commitment to creating cannabis-infused products that deliver consistent experiences is unrivaled in the industry. All of Wana Brand’s hand-crafted gummies are 100% gelatin free, gluten-free, and vegan friendly so you don’t have to worry about any dietary restrictions when sharing with your friends. Unlike other inferior products, all of Wana Brand’s gummies have been extensively lab-tested to ensure that what you see on the label is what you get once you open the package. If you’re consuming an edible that hasn’t been reliably tested, it’s going to be leagues more difficult to accurately administer consistent doses.

Once you’ve acquired your premier edibles, the next thing you’re going to need is time⁠—and lot’s of it. On average, a traditional edible takes around thirty minutes to an hour to kick in, but depending on factors like metabolism and weight, it can take up to two hours to start feeling the effects. Always make sure to give your traditional edibles plenty of time to do their thing before taking a second dose.

Onset time isn’t the only thing you need to make room for either. When the decarboxylated cannabis in edibles is metabolized in your liver, the THC (delta-9-tetrahydrocannabinol) is converted into a new compound called 11-hydroxy-THC. While traditional THC only lasts a few hours from the time of consumption, 11-hydroxy-THC can last up to eight hours. Keep that in mind when making your plans.

We are living in an exciting time when it comes to cannabis innovation. It seems like every day there is a dramatic new piece of research, or eye-popping gadget that makes cannabis feel brand new again, and lets us reimagine the possibilities of the plant we so thoroughly enjoy. One of the more recent of these electrifyingly novel developments has been brought to us by a partnership between two innovative brands: Colorado-based Wana and New York-based Azuca.

Chef Ron Silver, co-founder of Azuca and life-long lover of cannabis, developed and patented a brand new cannabinoid delivery technique called thermodynamic individual molecular encapsulation, or TiME for short, in order to solve the problem of dosing inconsistencies in edibles.

Silver met with Nancy Whitman, the CEO of Wana Brands, to discuss licensing the innovative TiME technology and the two hit it off immediately. Silver is quoted saying:

“There was mutual attraction right away. They [Wana Brands] really run a legit ship, and they’re straight-up people — they’re not dodgy.”

The two companies struck a deal, and Wana Brand’s line of fast-acting gummies was born.

As the name would suggest, enjoying quick-onset edibles won’t require as much of a time commitment as their traditional counterparts do. A Wana Brand’s fast-acting gummy, like their appetizing Peach Bellini flavor, uses individually encapsulated THC compounds that completely bypass the liver and are absorbed into the bloodstream right away. This means that Wana quick-onset edibles interact with the body in a way more similar to that of inhaled cannabis. The effects should come on for most people in less than fifteen minutes, making it much easier to gauge how much product you should use.

Because the THC in these innovative gummies is never metabolized in the liver, it never converts into the more potent 11-hydroxy-THC compound.  So while traditional edibles can last eight hours requiring users to set aside an entire day, Wana Brand’s fast-acting gummies will only last from two to four hours.

This cutting edge technology is changing the way we think about edibles, and offers a solution to one of the most maligned problems plaguing the medicinal cannabis community–how to give patients more consistent doses of edible cannabis.

Avoid ending up in your own edible misdosing story, and try Wana Brand’s quick-onset gummies instead!

Enjoy the latest and greatest from Herb, enter your email below to get exciting cannabis updates delivered to your inbox.
June 18, 2020 — Last Updated October 13, 2020
Written by Vinnie Sarrocco

For the THC-sensitive, it can feel like there's no happy medium when it comes to flower. You either shoot to the edge of your seat, or you m…

The Importance of Terpenes in Hemp

Most of us ignore how important terpenes are and the role they play in the overall effect of our hemp CBD products. Here's everything you ne…

These Are The Best Weed Gadgets For Tech-Savvy Stoners

From grinders to decarboxylators, these are the best weed gadgets in the world.

These strains are perfect for when you’re craving weed in the morning to clear mental fog alongside your coffee.

Tired of hangovers? Try this refreshing CBD-infused mocktail to relax and unwind without any unwanted alcohol-related effects. Created with …