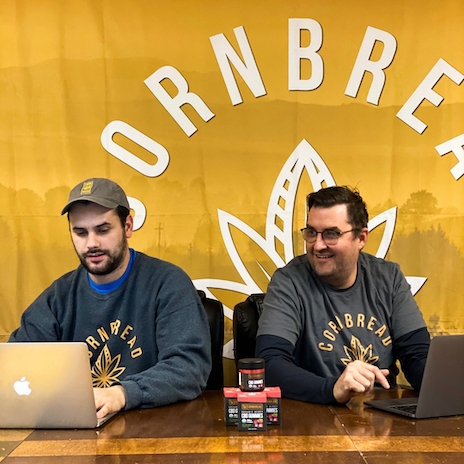 We spoke with Jim Higdon from Cornbread Hemp about his transition from journalism to cannabis, the magic of Kentucky hemp, and the future of the industry.

There isn’t much about Jim and his story that you won’t be able to learn about in the interview you’re about to read. But what you need to know is that Jim knows his cannabis stuff.

He was a journalist first and had a somewhat quick and public rise to fame on account of his book “The Cornbread Mafia”.

A book about marijuana in Kentucky that was a sort of platform that would later propel him to be a part of the industry he was writing about.

But not just any part; one that does things right, with a purpose, and offers only top-notch cannabis products.

Tell us about yourself and your journey with cannabis?

I grew up in Kentucky in the hometown of the “Cornbread Mafia,” the biggest illegal marijuana growing syndicate in American history.

After leaving home to become a writer, I returned home to write the official account in my first book, The Cornbread Mafia.

I’m now the co-founder of Cornbread Hemp, the maker of the strongest cannabis products in America to be USDA-certified organic.

What is your all-time favorite cannabis product that you have tried?

The last time I was in Las Vegas, I went to the NuWu dispensary run by the Paiute tribe, where I got some White 99 that I still think about.

The terpene profile was bright and citrus, and the effects combined with Vegas nightlife were well worth the cost of admission.

What does your day look like as a co-founder in the cannabis industry?

Every day at the office is different. Working with a small team, we all wear lots of hats. I get to the office before 8:00 to get myself focused for the day.

My primary areas of responsibility include PR, affiliate marketing, fundraising, and overseeing a share of the operations.

Where do you see the industry going in the next few years especially with the potential federal decriminalization?

Over the next few years, there will be a steady erosion of the artificial dividing line between the hemp industry and the cannabis industry.

They are only divided now by an artificial distinction set by Congress, regarding the THC limit of cannabis to qualify as a “hemp” plant.

We anticipate that THC level increasing from 0.3 percent to 1.0 percent in the next Farm Bill.

Who inspired you to become the founder that you are now?

My co-founder, Eric Zipperle, is my cousin, and our inspiration is our grandfather, Cecil Higdon, who built a successful family business.

We have his old file cabinet in our office as a reminder of his importance to us. 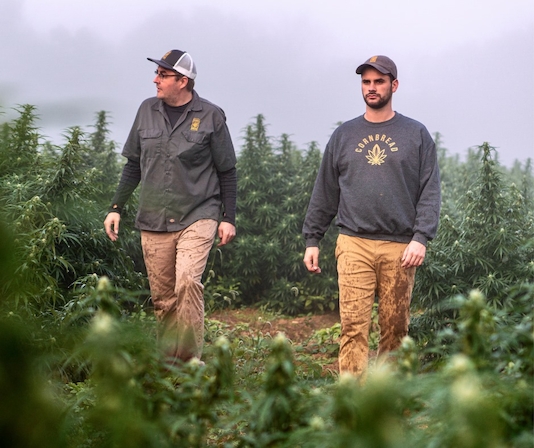 How was your transition from writer/journalist to cannabis grower?

I had a toolkit as a journalist that has served me well as a brand co-founder, and the biggest skill is the capacity to learn new things.

Everything I knew had to be retooled for e-commerce, and I have had to learn whole new skills like how to manage our board of advisors and the rules around fundraising.

Are there any lessons that translate from one practice to the other?

I have used my reporting skills in a number of ways in the brand.

One example that comes to mind is navigating the world of Kentucky organic farmers to find our organic processing partner, which allowed Cornbread Hemp to become to first Kentucky company to offer USDA-certified organic CBD products. 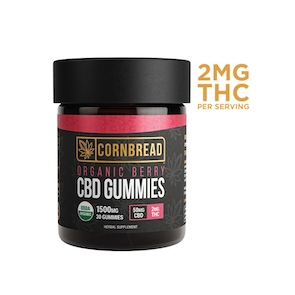 What makes Kentucky’s environment special for cannabis cultivation? Tell us about the specificities of the terroir you work

Kentucky is the Napa Valley of cannabis because of its unique agricultural climate. The limestone rock bed under the Bluegrass Basin makes Kentucky bourbon so sweet and Kentucky racehorses so fast.

What’s the connection between Kentucky and the Kush mountains on the other side of the world?

Kentucky’s real cannabis secret is that it sits on the 37th parallel. On the other side of the Earth, the 37th parallel crosses the Hindu Kush in Asia, the mountain range where Indica strains of cannabis originated.

That means that Kentucky shares the same light cycles as the cannabis plant’s native habitat. 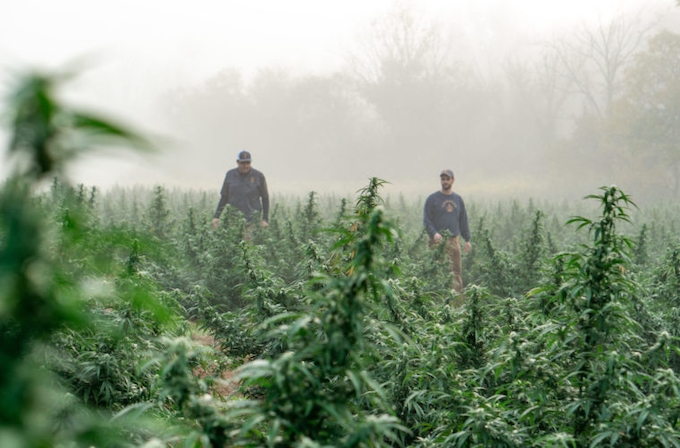 Is cannabis culture prevalent in Kentucky? How has your endeavor been received locally? How do you educate the consumers?

Kentucky is one of 14 states without medical marijuana, so the cannabis culture here is still marginalized. But it certainly exists.

Cornbread Hemp is proud to be taking a leadership role as Kentucky’s first cannabis company.

We educate consumers through every channel we have: social media, blog, email list, video content, and public relations campaigns.

The Cornbread Mafia was a group of Kentucky cannabis growers busted in the 1980’s. Between 1985 and 1989, more than 70 Kentuckians were arrested on 30 farms in 10 states with 200 tons of marijuana.

I grew up in Marion County, Kentucky, which is where most of these men were from. After going to school to become a writer, I returned to my hometown to research and report on this topic.

In 2012, I published the official nonfiction account in my first book, The Cornbread Mafia.

The success of the book led me into a journalism career, and while covering the legalization of hemp through the 2018 Farm Bill for POLITICO, I discovered the opportunity to create a CBD brand with my cousin, Eric Zipperle.

So it was only natural to name our company after this amazing story that put Kentucky on the map for its excellence in cannabis cultivation. 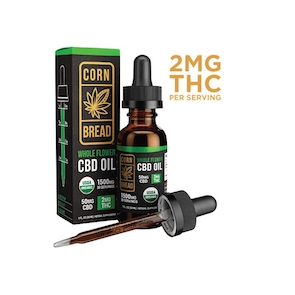 What makes your products different from other CBD in the market?

Cornbread Hemp products are different from other CBD brands for a number of reasons.

First, we don’t really consider ourselves a CBD brand. We are a cannabis brand on the hemp side of the legal divide.

That means that we are maximizing our naturally occurring THC instead of running away from THC with “broad spectrum” products that most CBD brands still offer.

Also, we conduct a Flower-Only™ extraction process, and our products are USDA-certified organic. 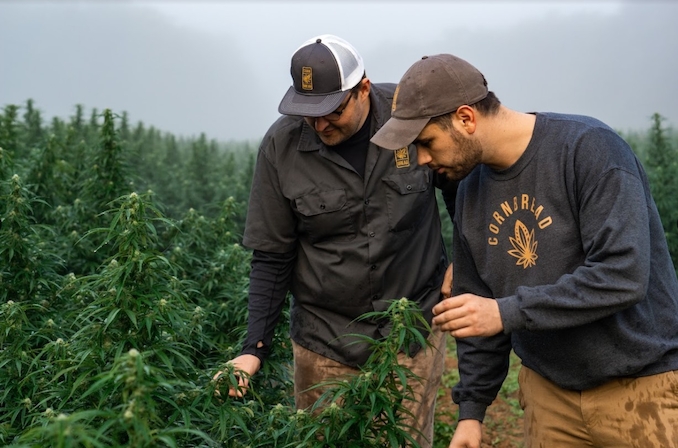 How have you seen the CBD market change over the past few years? Tell us about the type of consumer you’re after

When we started, the CBD industry was afraid of THC, and CBD brands had very shallow branding.

We entered the market with a rich brand story and products that maximized THC content.

Our ideal customer is the person looking for USDA-certified organic cannabis products.

What challenges does the industry face at the moment? (Social/commercial/legal)

The failure of the FDA to issue regulations of full-spectrum hemp extract as a dietary supplement has caused significant challenges to the growth of the CBD industry.

Most of all, it has hurt farmers by not allowing them to maximize their hemp production.

If you could actively change something from the current cannabis legislation, what would it be?

I would change the definition of “hemp” under federal law to eliminate the THC cap.

The entire cannabis prohibition is currently held in place by one line in the Farm Bill that defines hemp as cannabis plants with not more than 0.3 percent THC. If we eliminate that cap, then all cannabis is legal.