Now Reading:learn | 15 Truths You’ll Know If You Started Smoking Weed In Your Teens 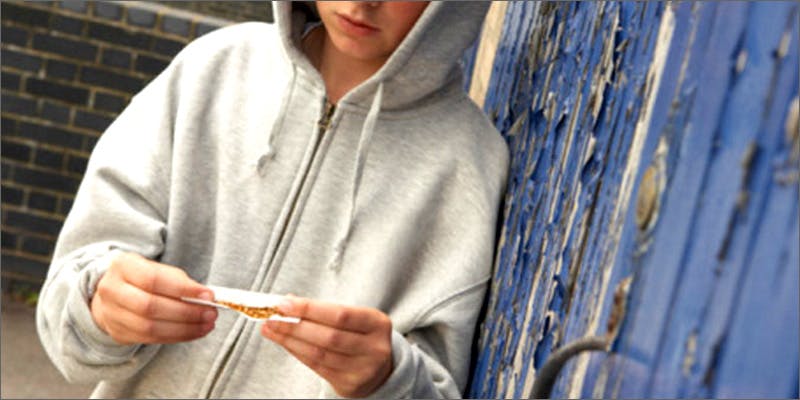 From using an aluminum can to get high to smoking in the bathroom, here are 15 truths you’ll understand if you started smoking weed in your teens.

While some people never pick up a joint until their adulthood, others have been lighting up since they were teenagers. If you began smoking weed during your youth, then you know a lot has changed. Still, you can’t help but reminisce about what life was like when you just started smoking weed. From using an aluminum can to get high to smoking in the bathroom, here are 15 truths you’ll understand if you started smoking weed in your teens.

1. You felt so badass as a weed-smoking teenager

Of course, it’s still cool to smoke weed. But when you were a teenager, doing so made you a certified badass. At least that’s what you thought.

2. Your pipe of choice was an aluminum can

Ahh, the aluminum can. If you smoked weed during your teenage years, then you know all about what it’s like smoking weed out of a can.

3. Weed was surprisingly easy to get

Do you remember how easy it was to score bud in school? Sure, it was mids half of the time. But at least someone always had some on hand.

4. The best place to get high at school was in the bathroom

The bathrooms at school always smelt like pot. That’s probably because you snuck in a few hits between classes. It’s not like anyone could barge into the stall and accuse you.

5. You didn’t get high after your first session

As a teen, you barely knew what you were doing, in general. So, when it came time to smoke weed for the first time, you probably weren’t the least bit high afterward. You acted like it, though.

6. Weed etiquette did not exist

Whoever followed the rules, anyway? Back then, there were no rules when it came to getting high. You were just happy to be smoking weed.

7. Hiding your stash was never easy

Smell-proof stash bags and all that fancy stuff likely didn’t exist when you were growing up. And even if it did, your allowance money would never afford such a luxury.

So, you had to either throw your goods into a plastic bag or hide it in your bookbag. Before you know it, your parents were confronting you about your new-found hobby.

8. Spencer’s had the best weed-friendly accessories

If you lived near a Spencers, then you know that place had the best ashtrays, lighters, and everything else you needed to show off your love for the herb.

9. Wearing anything with a pot leaf on it was scandalous

These days, even the fashion industry is embracing cannabis. But back in the day, you took a walk on the wild side when you left the house wearing your favorite t-shirt with the giant pot leaf on it.

10. Songs about weed was your guilty pleasure

If you were a weed-smoking teenager during the 2000s, then you stayed getting high to rappers like Three 6 Mafia and Snoop Dogg.

Today there are so many strains you can barely keep up with them all. But as a teen, weed was just weed. All you knew was it could get you high and that it smelled funny.

12. It was always easier to hide your high from your parents when your friend was around

Teenagers are weird, especially in pairs. If your parents walked in on you and your homie acting strange, they knew it better than to ask questions. Little did they know the two of you were high as a kite.

13. You could turn any household item into a smoking device

You used what you had to in order to get high. Stoners are notorious engineers and can make a device out of anything.

14. Carefully planning out your sessions was a must

For more reasons than one, you had to pick the perfect moment to smoke your stash. Not to mention, you had to make sure you wouldn’t get caught.

15. You never knew what you would get

Your dealer didn’t tell you the strain, nor did he accurately weigh out the goods. You just handed over your allowance money and went about your day.