Consuming cannabis is now more than merely smoking and lying on a couch. New products, new strains, and new brands are coming up with blends that make cannabis a perfect companion for any activity. Find out how. Created with Chemistry.
June 16, 2020
Written by Vinnie Sarrocco 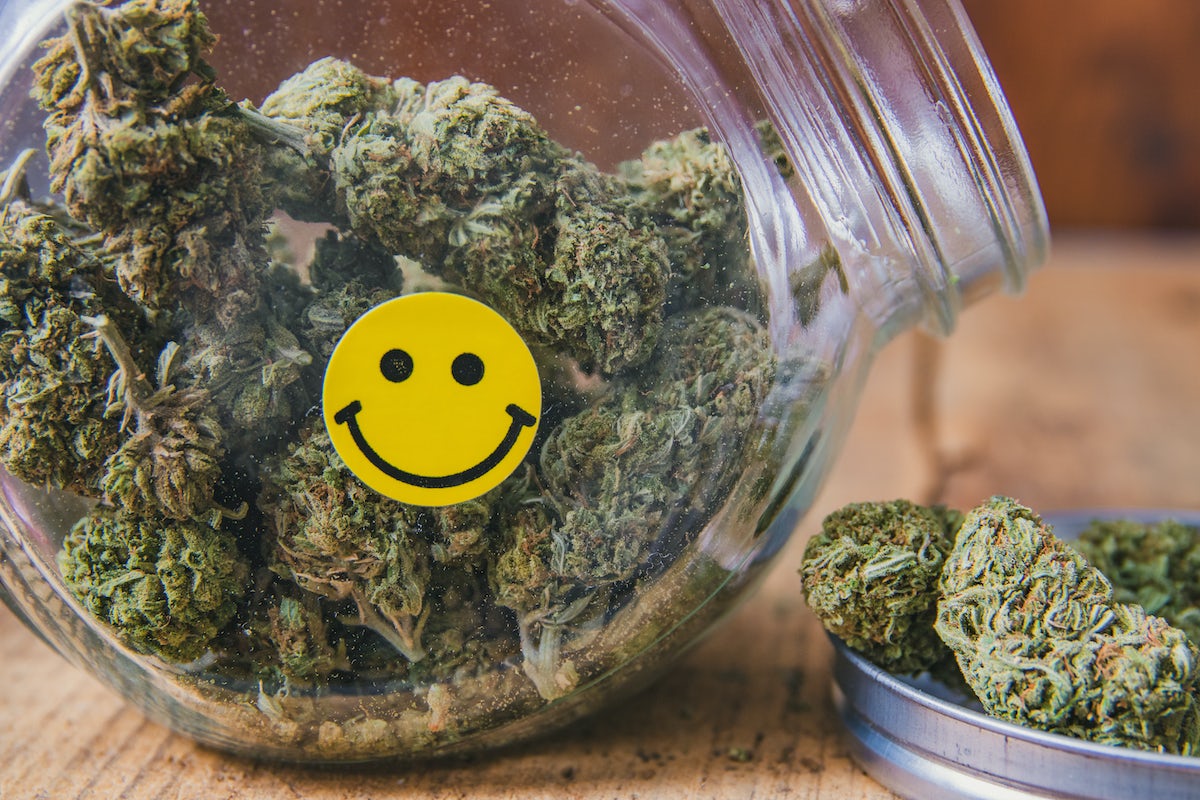 The good folks at Chemistry are selling more than just high-quality, small-batch craft cannabis⁠—they are offering moods that are perfectly catered to your unique experience. By producing individualized premium tinctures derived from the very best sun-grown cannabis plants, Chemistry has curated six distinctive cannabis experiences for whatever mood you’re in. Whether you are looking to start your day focused and motivated, or trying to unwind at night with something a little more THC forward, Chemistry has got you covered. Keep reading to discover your ideal mood!

What is a Tincture?

Before accurately determining the mood that’s right for you, here is some background information for the uninitiated. Let’s start with the basics: a tincture is a liquid extract of the cannabis plant that’s been combined with another agent such as alcohol, vegetable glycerin, or other organic oil. They look like this. Tinctures are a fantastic way to glean the effects of cannabis without inhaling it, and in fact, were the most common way to consume cannabis medicinally in the United States before prohibition. They can be used to infuse food and beverages, or consumed orally. Some find sublingual administration (a fancy term for putting a drop under the tongue and letting it be absorbed by the salivary glands) to be the most effective method of consumption.

However, not all tinctures are created equal. It’s important to know what exactly is in the bottle before you purchase, but with complicated jargon like full-spectrum, the entourage effect, and isolate, it can be difficult for the average consumer to parse out the differences between brands.

Isolate, as the name would imply, is an extract of the cannabis plant that has been refined into a single isolated cannabinoid, usually CBD or THC, This means all the terpenes, flavonoids, and all other potentially therapeutic compounds have been completely removed from the final product. This is useful to those who want to ensure they are only consuming a specific cannabinoid, but you miss out on the entourage effect (will get to this later) when using isolate.

In between isolate and full-spectrum sits broad-spectrum. Unlike isolate, broad-spectrum products still contain most of the other compounds that naturally occur in the cannabis plant sans THC. These types of products are most commonly found in the hemp market as certain states sadly do not allow any THC. By using a process known as fractional distillation, cannabis chemists are able to separate the plant into its individual compounds, and then recombine them using only the ones that they desire.

Broad-spectrum products are a useful bridge for those who want to reap as much of the medicinal benefits of full-spectrum as they can, but who may be, for whatever reason, trepidatious about consuming even a small amount of THC.

Full-spectrum cannabis oils are the most natural and least refined extract in comparison to the others. Manufacturers like Chemistry, who want to stay as true to the plant as possible when creating concentrates, make full-spectrum products that contain every last bit of the terpenes, flavonoids, essential oils, and cannabinoids that are found in the original plant.

When we think about cannabinoids, we usually think about CBD or THC. While these are by far the most popular, scientists have discovered that there are actually at least 113 different cannabinoids⁠—all affecting the endocannabinoid system in their own unique way. With full-spectrum extracts, the complete therapeutic benefits of a particular strain remain intact by keeping the other, more obscure, cannabinoids.

Maintaining the presence of all the terpenes does more than just accentuate the delicious flavors and aromas of natural cannabis. Some studies suggest that terpenes have potential medicinal qualities on their own, and can also work together with cannabinoids to create what is known as the entourage effect.

Do you ever feel like your mood changes depending on the people who are around you? Well it turns out, terpenes and cannabinoids work in a similar way. When we ingest a full-spectrum tincture, like the THC-rich Censoredland, we are actually consuming hundreds of botanical compounds. The effects of the compounds can actually change depending on what other compounds are present⁠—this is known as the entourage effect, and it is a big part of why full-spectrum extracts provide the most complete and authentic cannabis experience.

Now that we’re all up to speed, let’s dive into the moods. Each mood is a premium quality, full-spectrum tincture with its own unique recipe of cannabinoids. Named after colors, there are: green, blue, purple, pink, orange, and yellow. Take this quiz to find out which one is right for you, or keep reading to find their descriptions.

This first tincture, Green, has an 18:1 CBD:THC ratio⁠—the highest CBD ratio of all six moods. Ideal for consumers who want a large daily dose of CBD to relax their bodies and soothe their minds. This mood is perfect for those looking to experience the therapeutic and healing properties of cannabidiol without the intoxicating effects of THC.

On the opposite side of the spectrum from Green sits Blue, a very THC forward formula that packs a wallop of a punch. At 1:10 CBD:THC this tincture is the perfect blend for those consumers who want to get blazed. Take a dropper before bedtime to relax into a peaceful sleep, or try before your next Netflix binge.

Still on the THC side of things, but a little more balanced than Blue, Purple blends its moderate dose of THC with other cannabinoids like THCa and CBDa to provide a clear-headed and enlightening high. Purple is great for late nights staring at the stars and pondering the secrets of the universe, or having deep discussions with close friends.

In biology, the balance maintained by a living system is referred to as homeostasis. In moods, it’s called Pink. This formula has equal parts CBD and THC, perfect for when you just want to chill. Ideal for relaxing after a long day’s work, or snuggling up with a loved one, Pink’s uniquely balanced blend of CBD, THC, CBDa, and THCa is like a breath of fresh air.

Put a little skip in your step with Orange, a 3;1 CBD:THC delightful tincture. This blend is fantastic for creative types who want the stimulating effects of cannabis without too much of the buzz bogging them down. Put on a smile, and add some sunshine to your day with this cheerful concoction.

Yellow is a talkative 5:1 CBD;THC formula that’s perfect for getting up and going in the mornings. This non-psychoactive blend of CBD, CBDa, and THCa is a great way to stimulate your brain, concentrate on the day, and keep you feeling motivated.

Designed With You in Mind

Whatever mood you find yourself in, Chemistry has the product just for you!