The Story of Lester Grinspoon: The First Doctor Who Publicly Supported Weed

His name probably doesn't ring any bells, but if there's someone who has contributed immeasurably to the cannabis community that is Lester Grinspoon. 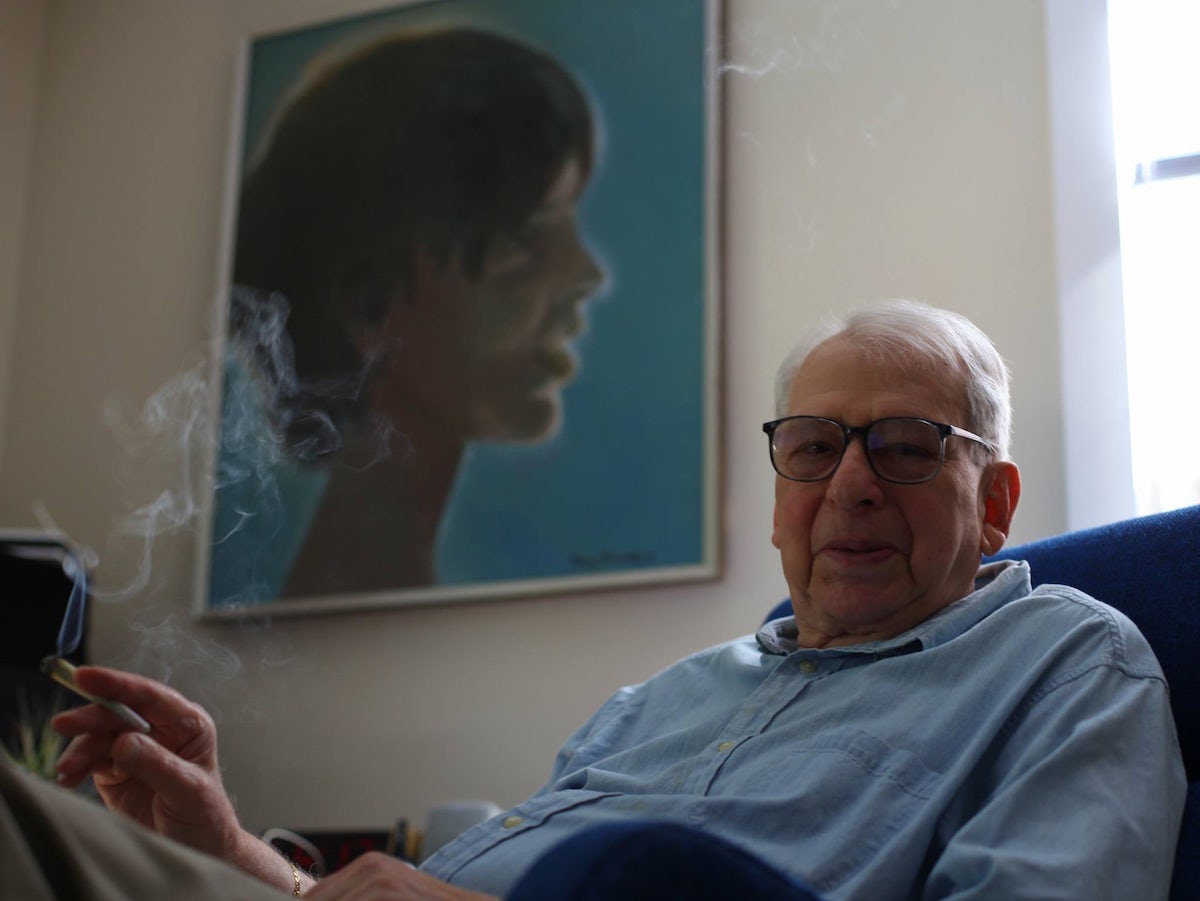 Dr. Lester Grinspoon was a renowned psychiatrist, author, and Harvard professor who passed away last month, the day after turning 92. He was one of the most influential figures in cannabis history and one of the first and most prominent advocates for legalization.

Dr. Grinspoon dedicated years to studying cannabis at Harvard Medical School and wrote several books about its effects. Through science and research-backed arguments, Dr. Grinspoon changed the national conversation about marijuana. Most of the cannabis world as we know it today has been influenced by Lester Grinspoon and his work. And the story of how he became such a notable personality in cannabis is inspiring and fascinating.

In 1967, when Grinspoon was a Harvard professor, he began a profound and first of its kind study on the consequences of consuming cannabis. His mission was to prove that it was a “very dangerous” drug. That’s right. He began to study cannabis because he was sure that it was a harmful substance. At Harvard, Dr. Ginspoon had a lot of contact with cannabis users. Students and fellow professors smoked, and Dr. Ginspoon wanted to convince them of quitting. One of his most famous colleagues and personal friend was Carl Sagan, one of the most prominent astrophysicists of modern time and active cannabis smoker.

Grinspoon spent several years studying cannabis, reviewing all the existing bibliography, and conducting his own investigations. His findings disproved his hypothesis and radically transformed his beliefs. All that mind-changing studies and personal reflections were published in 1971 in his perfectly titled landmark book: Marihuana Reconsidered.

“I learned that, despite my training in medicine and science, I had been brainwashed, like just about any other citizen in this country. I learned that marihuana was not only not a dangerous drug, but indeed it was remarkably nontoxic, and I had to revise my view of it.” He said once in an interview.

That first book was groundbreaking. With research, interviews with active functional cannabis users, and even chapters dedicated solely to deconstructing the Government’s propaganda of fear,  Marihuana Reconsidered became the fundamental argument of those who fought for legalization, and it still is today.

While he was conducting his research, Dr. Grinspoon went through a life-changing situation that convinced him more of his new benefits. His 10-year old son Danny had leukemia and suffered from terrible nausea and vomiting with the treatment. One day, Dr. Grinspoon and his wife heard about another child with leukemia who smoked cannabis before his treatment sessions. They tried it on Danny and his nausea and vomiting stopped, and his overall quality of life improved. Marihuana became a part of Danny’s everyday life, and therefore, Dr. Ginspoon’s life.

Lester Grinspoon became one of the most prominent and leading voices of the fight for cannabis legalization in the United States, going against his Government and many of his Harvard colleagues who looked down on him and his research. Grinspoon was on a mission to debunk and normalize cannabis for everyone. In 1993, he published his second book: Marihuana: The Forbidden Medicine. Three years later, California became the first state to legalize cannabis for medicinal purposes.

Today, there’s the Lester Grinspoon Award for Outstanding Achievement in the Field of Marijuana Law Reform, the highest honor given by NORML (the National Organization for the Reform of Marijuana Laws). And a strain that was named after him. Which we, of course, reviewed for you here. Grinspoon also had a blog with his stories of him and his friends using weed for creativity, focus, and wellbeing.

A man who devoted his life to the fight for cannabis legalization, who has immortalized himself through his research, and whose contributions shed light on the unjust, illogic, and mistaken handling of cannabis by governments and authorities in America.

entertainmentlearn
July 21, 2020 — Last Updated October 13, 2020
Written by Juan José Restrepo
Save for later
Start saving articles by clicking the heart icon and you'll find them again in your profile page.