The Incredible History of How Zig-Zag Became a Cultural Icon

The story of a 141-year-old rolling paper company that became one of the most widely recognized brands in cannabis and cannabis culture. Created with Zig-Zag. 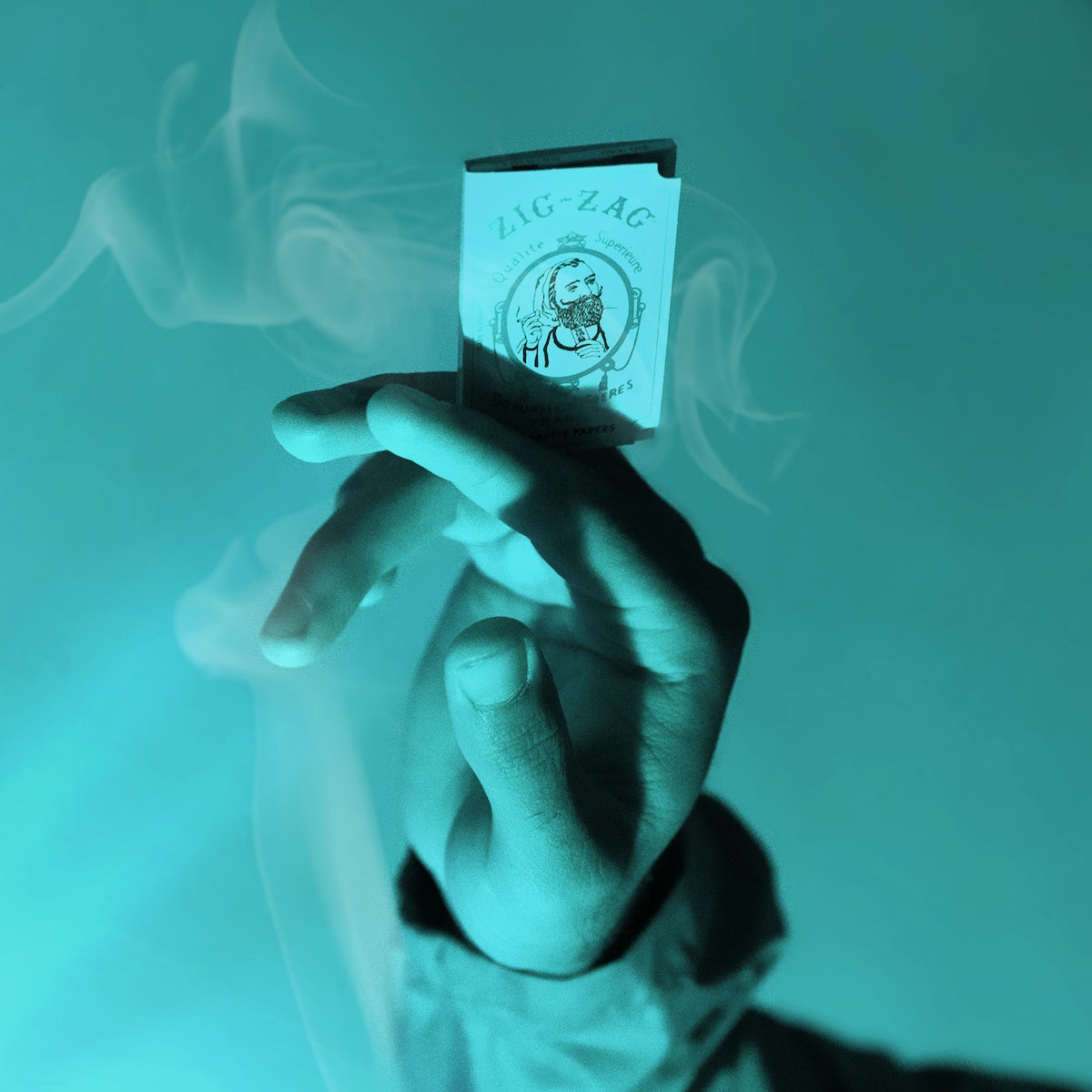 Few brands are as widely recognized in cannabis culture as Zig-Zag. The iconic orange package is ubiquitous in smoke shops, convenience stores, song lyrics, and smoke sessions in your buddy’s garage. Originally founded all the way back in 1855 by Jacques and Maurice Braunstein, two french brothers, Zig-Zag has managed to stay pervasively relevant for over a century due to their impeccable branding, and their commitment to creating high-quality products.

There’s no doubt that if you’re reading this, you’re more than familiar with the bearded face that adorns every package of Zig-Zag rolling papers, but the history behind that twirly, well-coiffed mustache might just surprise you.

Who is Le Zouave?

To tell the fascinating story behind Zig-Zag, we have to start with that emblematic portrait of a man known as Le Zouave, who’s featured prominently on every package of their premium rolling papers.

To give a little context for those of us who aren’t esoteric history buffs, the Zouaves were a highly decorated class of light infantrymen, linked to French colonized North Africa, who served between 1830 and 1962. In 1853 a military conflict began between the Russian Empire, and an alliance made up of France, the Ottoman Empire, the United Kingdom, and the now non-existent Kingdom of Sardinia. This would later be referred to as the Crimean War. It was in 1854, halfway through the Crimean War, that the year-long siege of Sevastopol took place. and gave birth to the legend of the Zig-Zag Man.

The story goes like this: during the siege of Sevastopol, a young Zouave narrowly avoided being struck by a stray bullet. Though the soldier himself remained unscathed, the bullet shattered his clay pipe. Being rather ingenious, and not wanting to go without his tobacco, the clever Zouave tore off a strip from his bag of gunpowder and used it to roll a cigarette. The myth spread around France for years until 1879 when Zig-Zag decided to pay tribute to the resourcefulness of that unknown Zouave by creating their now famous logo out of his potential likeness.

What’s in a name?

If the notorious image of Le Zouave doesn’t bring to mind an orange package of rolling papers, then the name Zig-Zag surely does. You may be surprised to learn though, that the alliterative phrase isn’t just a fun to say brand name, but actually comes from an important piece of rolling paper history.

Back in 1894, Jacques and Maurice Baunstein perfected a new way to package their rolling papers. By creating the now familiar process of interleaving, the brothers were able to develop a packaging that automatically dispensed papers one at a time. They chose the name Zig-Zag because of the shape the paper made as it was pulled from the booklet. Six years later the design gained the company’s international fame and recognition when in 1900, at the turn of the century, Zig-Zag was awarded a gold medal at the Universal Exposition in Paris. Their patented interleaving process is still the industry standard of today’s modern packaging.

Before there was Afroman’s “Crazy Rap” and Dr. Dre’s The Chronic, which we’ll get to later, Zig-Zag’s iconic imagery had already begun being appropriated by iconoclastic musicians.

The time is 1966, the place is San Francisco. During the heyday of psychedelia, in the city that arguably best epitomized the decade, Big Brother and The Holding Company, a band fronted by the infamous Janice Joplin, were billed to perform at one of the Bay Area’s most famous rock venues⁠—The Avalon Ballroom. To promote the concert, artist duo Mouse and Kelley, the figures who were notoriously behind much of the Grateful Dead’s visual aesthetics, created a poster featuring the Zig-Zag logo. Being the rebellious pair that they were, Mouse and Kelley didn’t actually obtain official copyright authorization to use the logo, and instead put an amusing phrase in tiny font on the bottom left corner of the poster that read: “What you don’t know about copying and duplicating won’t hurt you.”

Though Zig-Zag began getting name checked by popular artists during the psychedelic sixties, it’s in the era of Hip-Hop where the brand really took on life as an iconic pop-culture reference.

Back in ‘88, founder of Ruthless Records and original member of N.W.A Eazy E, referenced Zig-Zag in the song “No More ?’s” delivering the line: “I want money, beer, and a pack of Zig-Zags.” This helped to cement Zig-Zag as the preferred brand of rolling paper for West-Coast rap enthusiasts. The Doggfather himself Snoop Dogg proclaimed his love for the papers back in ‘93 with the song “G and Hustlas” declaring that “Doggy Dogg is all about the Zig-Zag smoke.”

Perhaps the most recognized rap lyric that references Zig-Zag comes from another California native, Joseph Edgar Foreman, better known by his stage name Afroman. His popular 2004 dirty rap single “Crazy Rap” is often stylized as “Colt 45 and Two Zig-Zags”⁠—a title that to this day I can’t read without needing to actively suppress my urge to shout “baby that’s all we need!” into my empty apartment.

Though the nods to Zig-Zag came less frequently as West-Coast Gangster Rap became out of vogue, in 2009 Wiz Khalifa and Curren$y dropped the mixtape How Fly, which references the rolling papers in nearly half of the tracks. Khalifa, an outspoken joint enthusiast, has also been known to publicly appear iced out in a platinum chain depicting the bearded image of the Zig-Zag Man himself.

When it comes to the intersection of Hip-Hop and Zig-Zags, you can’t ignore the most obvious homage⁠—Dr. Dre’s debut solo album The Chronic. Released in ‘92, the album cover of The Chronic was designed to look exactly like a package of Zig-Zags, but with two key differences: Instead of Le Zouave having a smoke it’s Dr. Dre’s face looking like he’s mean-mugging the photographer on school picture day, and instead of rolling papers inside it’s filled with hits like “Bitches Ain’t Shit,” and “Let Me Ride.”

After nearly a century and a half, Zig-Zag is still making premium rolling papers that perfectly cradle your herb. Despite being one of the most distinguished names in the rolling paper game, Zig-Zag isn’t content to rest on its laurels and continues to strive towards innovation with new products like Organic Hemp Rolling Papers and Ultra Thin Paper Cones.

Enjoy the latest and greatest from Herb, enter your email below to get exciting cannabis updates delivered to your inbox.
June 08, 2020 — Last Updated October 13, 2020
Written by Vinnie Sarrocco