Now Reading:Learn | 10 Pro Athletes That Love Weed As Much As You 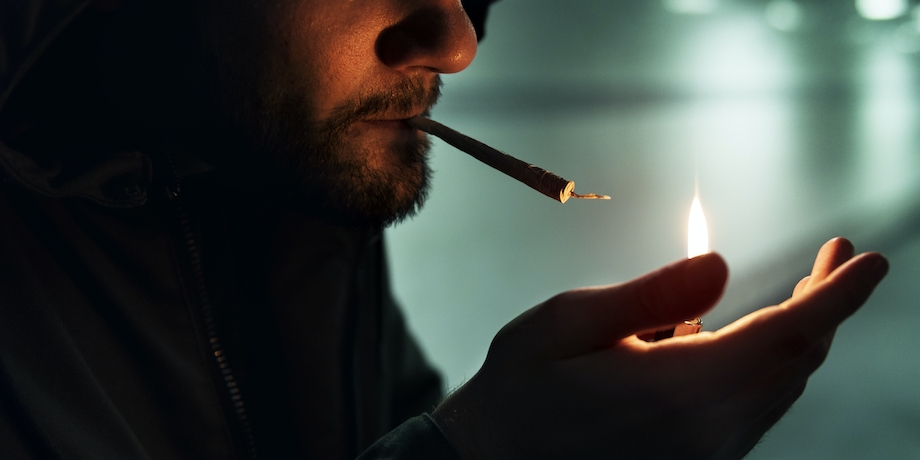 10 Pro Athletes That Love Weed As Much As You

These are some of the most famous stoner athletes of all time.

The recent bogus banning of Sha’Carri Richardson from the U.S. Olympic team due to a positive weed test has brought a surge in opinions about the plant’s place in professional sports. The World Anti-Doping Code grouped THC with drugs like cocaine, heroin, and ecstasy on their list of prohibited substances.

Despite the progress that some countries and certain U.S. states have made, it still seems that we are stuck in this limbo period between prohibition and legalization. This slow process is mirrored in the policies of professional sports.

While the NBA  announced that they would not be testing players during the regular season this year (J.R. Smith might still want to wait until after the game to light up, so he doesn’t forget the score again), other pro sports organizations are not so lenient.

Any sports fan knows how prominent alcohol advertisements are during games, and if you’ve been to any stadium in the world you know the role that alcohol consumption plays in that atmosphere.

Many who defend the restrictive rules against pot use for pro athletes state that these organizations are just following along with state laws that deem the plant illegal. That brings the discussion back to a wider scale and makes me wonder when the veil over weed legitimacy will be lifted.

But I digress, and this list features the professional athletes who have stood up against the stigma attached to the pot. 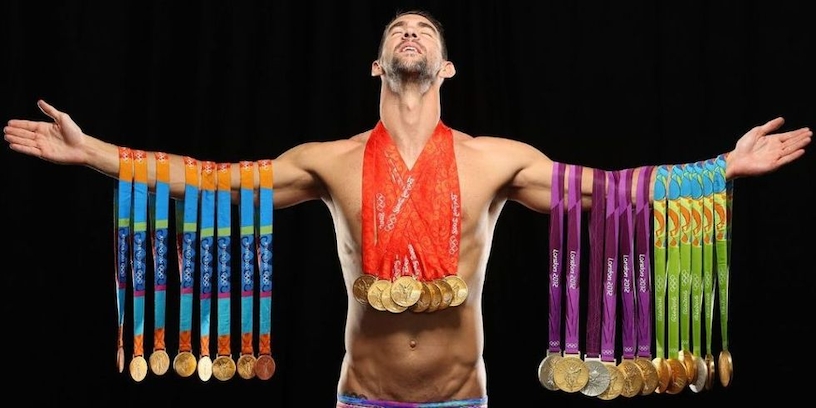 It seems like everyone has seen or heard about the famous picture where Michael Phelps is taking a ripper at a party. Getting caught taking a hit from a bong three months after the Olympics was not nearly as big a deal as the media made it.

Kellog’s brand seemed to believe the smear of Phelps when they dropped him from their cereal boxes in opposition to his cannabis consumption.

How insane is it that the athlete with the most Olympic medals in history can have his image damaged over some weed? If Olympic medals were grams of weed, Phelps would have a full ounce of the good stuff.

Many of Phelp’s critics equate his bong bluster with his 2004 and 2014 DUI arrests, further proving their ignorance regarding the contrasting effects of both substances and their false belief in the stigma surrounding pot. 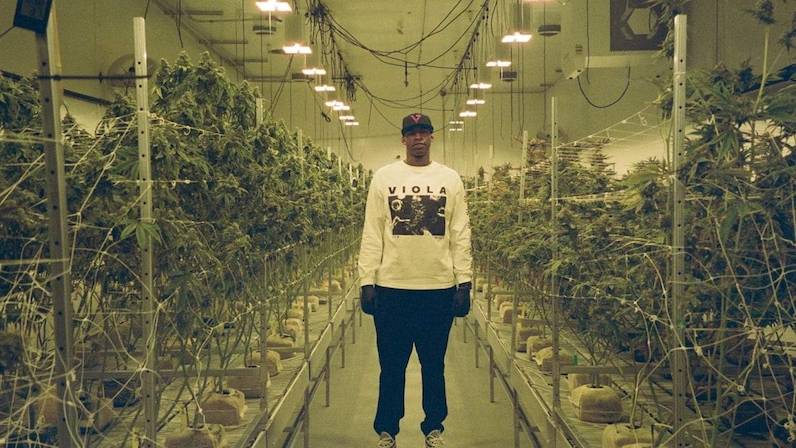 The former big man who spent his career with a handful of teams is now heavily involved in the cannabis industry.  Along with icon Allen Iverson, Harrington started the cannabis company Viola.

“This plant was demonized for nothing,” said Harrington in a video on the Viola website. “So now it’s our job to change the way people look at it.”

Viola was named after Harrington’s grandmother, who was brought to tears by the benefits that cannabis provided her. The business isn’t just focused on premium pot production, but reinvesting in local communities and creating opportunities for minorities and those in need. 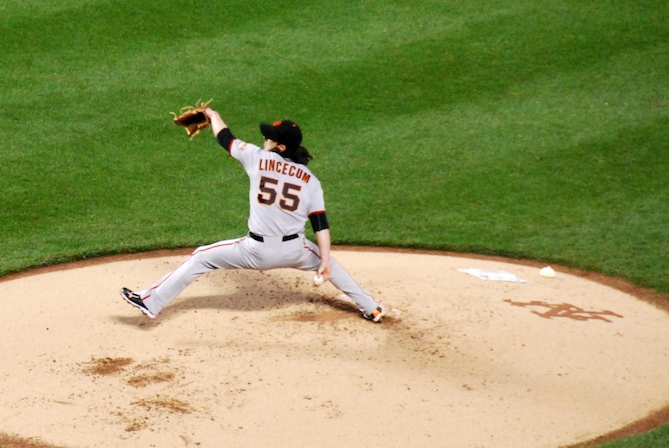 Whenever I saw Lincecum pitch for the Giants, it was like I was watching a grown-up version of Mitch, one of the main characters from the cult classic ‘Dazed and Confused.’  The coming of age film even featured Mitch as a pitcher for his local baseball team, sporting the same long hair as the former Giants hurler.

The similarities between the two did not end there, as they both were pot enthusiasts (although I don’t think Lincecum ever blazed it with Mathew McConaughey).

While Lincecum was never chased off the field with a hazing paddle (I hope), he was busted for possession in 2009 and received a misdemeanor. With two no-hitters in his short career, you can bet that the hits are coming in excess now that he’s no longer competing professionally. 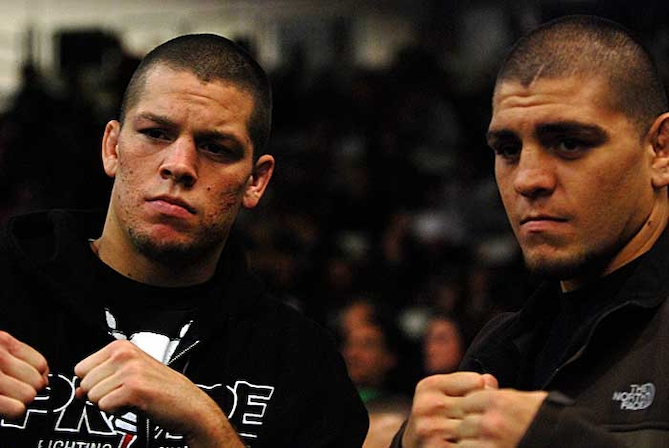 The harsh case against Nick Diaz is one of the most disappointing decisions regarding cannabis in pro sports. After losing to Anderson Silva at UFC 183 in 2015, Diaz received a five-year ban when it was announced he had failed one of the three drug tests he took the day of the fight. Silva also failed a drug test simultaneously, testing positive for a few performing-enhancing substances much more serious than weed.

Diaz was initially banned for five years and Silva for one. However, Diaz was granted a reduction to his ban to allow him only to miss 18 months. With Connor McGregor lighting it up on his Instagram Live, the punishment against Diaz seems even more draconian.

On a brighter note, Nick is on track to make a long-awaited comeback at UFC 266 against Robbie Lawler later this year. His brother, Nate, is also a huge supporter and promoter of cannabis, famously puffing on a CBD pen in a post-fight press conference. 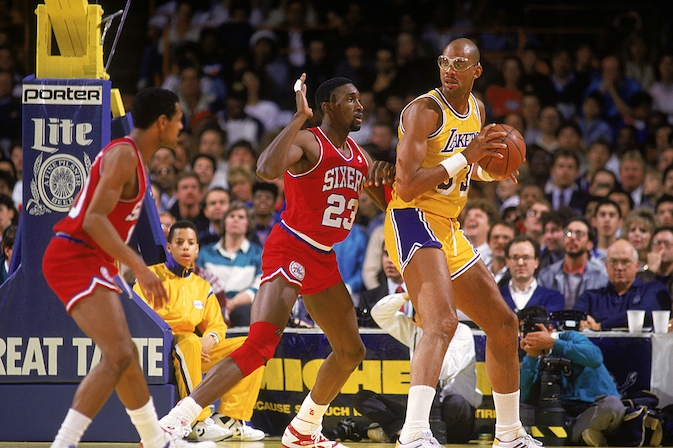 The NBA legend’s skyhook would often be released from above the rim, and he hasn’t been shy about his proclivity to get lifted above the clouds. The NBA leader in points has been open about the medicinal benefits that pot brings to his migraines.

He has been caught with weed at an airport in Canada and charged with a DUI back in L.A. when a cop smelled weed after pulling the star over for speeding. Despite the run-ins with the law, he has still remained an advocate for our favorite plant. 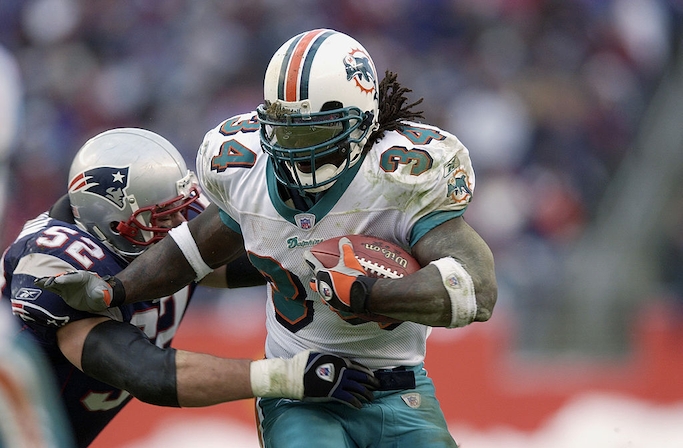 With so many NFL players suffering injuries week after week, you would think THC and CBD would be encouraged for relief of pain, inflammation, and other ailments that the rough sport produces.

Instead of the painkillers that often do more harm than good, it would be incredibly useful to let players consume the plant known to be much less harmful than any pharmaceutical painkiller.

While many players in the NFL are able to plan around the annual testing that occurs at the beginning of the year, Williams didn’t seem to share in that planning by testing positive at least five times during three seasons.

Williams dazzled on the field, showing bursts of speed and fancy footwork that propelled him to one of the league’s best running backs, but his career was cut short when he retired to avoid a one-year suspension that was coming his way. 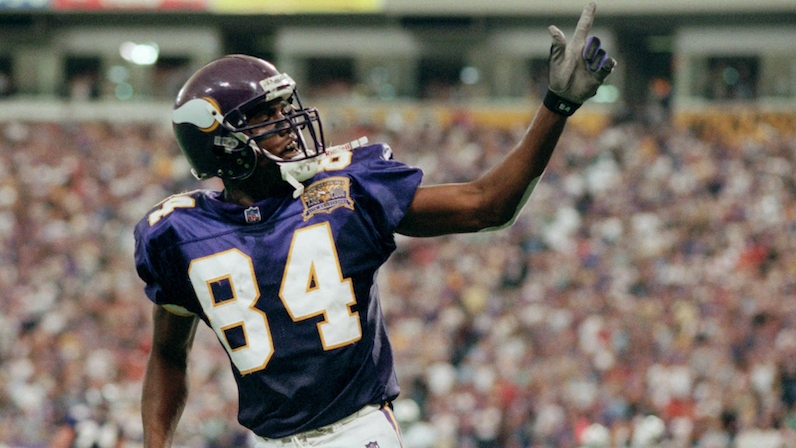 Legend says that when Moss wants to smoke, he rapidly waves his arm behind his head like he’s requesting a pass from the quarterback.

Well, that might not be true, but the Hall of Fame wide receiver has admitted that he smoked herb every once in a while during his playing career, and has been an advocate for the NFL to loosen its rules for players. 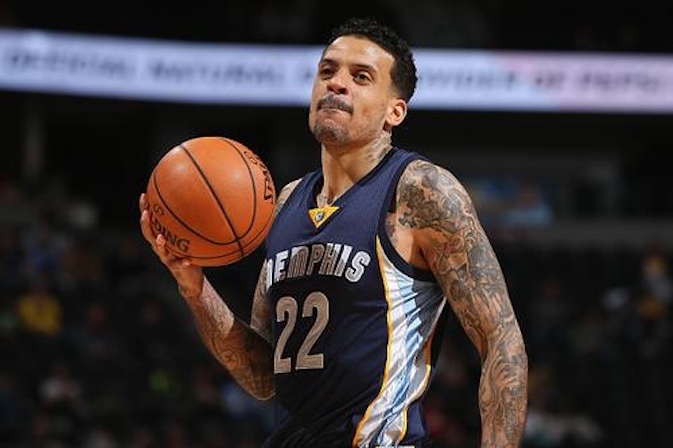 The former NBA journeyman has been a loud voice in the movement for weed acceptance in professional sports. Barnes, along with many other former athletes, has alluded to the fact that many athletes smoke marijuana during the season for pain management and stress relief, and the identity of those players would surprise a lot of people. 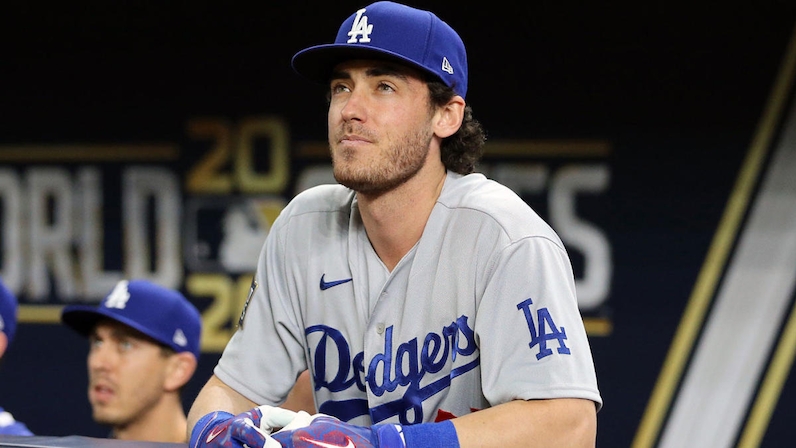 Okay, this one is obviously a guess, most likely influenced by the popular memes that feature Bellinger with a ‘Keanu from Bill and Ted’ type of look on his face. Mirroring the dazed look of a surfer who just blazed one up, Bellinger certainly fits the part of sports next prolific stoner. Come on, you think he didn’t have a celebrating session after winning the World Series?