What Does Cannabis Do To Your Lungs?

Marijuana isn't associated with the same harms as tobacco. But, what does cannabis do to your lungs? Read up and spread the word. 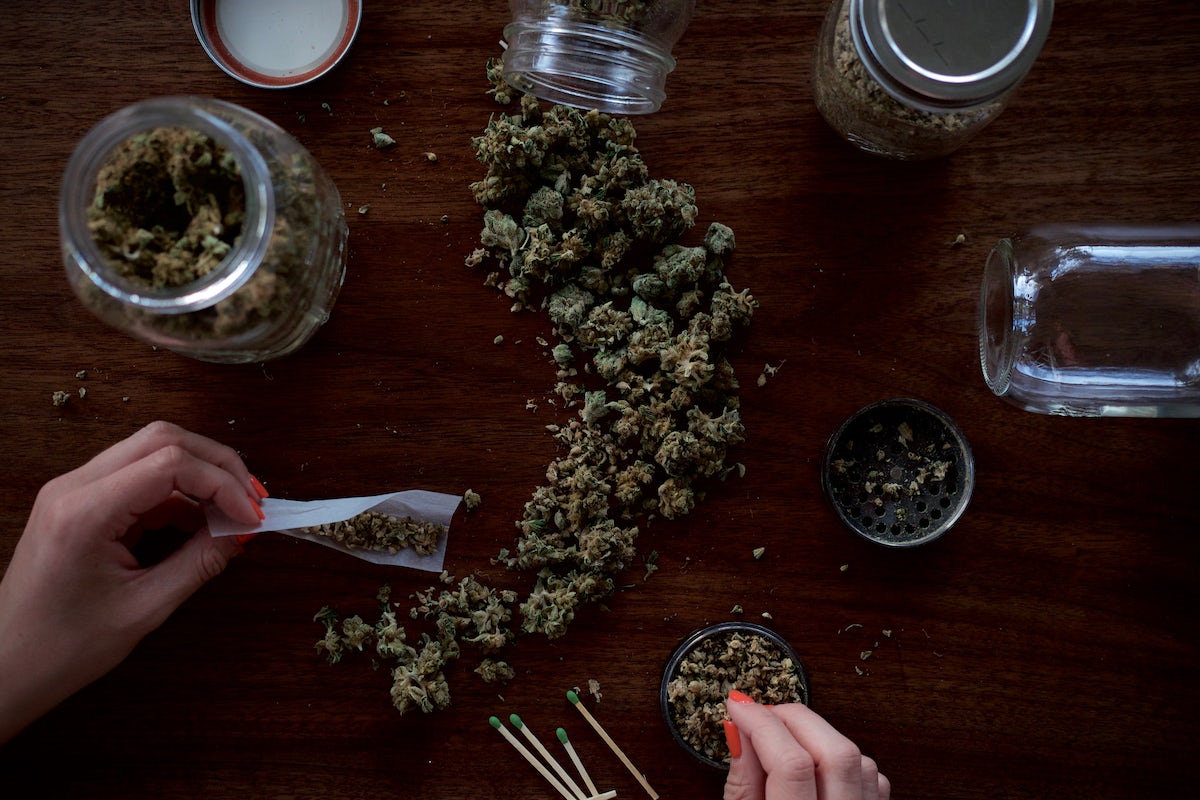 Photo by Wesley Gibbs on Unsplash

We all know it—smoking isn’t a healthy habit.

But what about cannabis? Cannabis smoke contains many of the same carcinogens as cigarettes. But, smoking the herb is not associated with the same risk of lung disease. At least, according to current research.

That doesn’t mean that cannabis smoke is healthy, though. Wondering what cannabis does to your lungs? Here’s a summary of our current understanding, plus some tips for staying safe.

What Does Cannabis Do to Your Lungs?

What cannabis does to your lungs depends on how you use the herb. Smoking the plant may cause both micro and macroscopic damage to lung tissues. This damage shouldn’t come as a shock; smoke of any kind is a known irritant to human lungs.

Combustion is the culprit, not cannabis. Heating anything beyond 400F can cause toxic chemical production such as benzene.

Cannabis consumers, for example, do not appear to be significantly more likely to develop lung diseases like emphysema or chronic obstructive pulmonary disease (COPD). At least, when cannabis is consumed alone and not when mixed with tobacco.

Smoking aside, however, you can reduce the potential risks of cannabis smoking by changing your inhalation habits. Low-temperature vaporization produces less tar and fewer toxicants than smoking.

Tissues in the lungs are very delicate. Deep in the lungs, the air sacs that allow oxygen to pass through are made up of just a single thin layer of cells. As such, this lung tissue very sensitive to environmental irritants like heat and smoke.

Cannabis smoke is abrasive to sensitive lung tissue. It’s filled with sticky tar and burning embers. It contains many of the same carcinogens and toxins found in tobacco smoke. It’s also hot, substantially hotter than the air that we usually breathe.

It’s no surprise, then, that cannabis smoke could cause damage to the lungs.

Indeed, cannabis smoke may impair immune cells in the lung and can hinder the lung’s ability to clear mucus. Chronic cannabis consumers may also experience more fluid buildup in the lungs than non-consumers, which may make it more difficult to breathe.

Whether or not this damage is lasting or substantial, however, is another story.

Thus far, smoking up to one joint a day for up to 20 years was not associated with long-term health complications. Crossing the 20-joint-year threshold, however, is correlated with decreased capacity to exhale—a tell-tale sign of lung disease.

What Are The Effects of Cannabis Smoking?

Smoke is irritating. Cannabis smoke is hot and filled with hot, ashy plant particles and burning embers. Inhaling that stuff? Not fun for the delicate tissues facing the front lines.

In the short-term, hot smoke can cause inflammation. Inflammation of the lungs can contribute to uncomfortable symptoms that are similar to a chronic chest cold—coughing, mucus, wheezing, and chest pain are common in the time following your smoke sesh.

If you continue smoking, symptoms of chronic bronchitis are common among cannabis smokers. Bronchitis is the medical term for inflammation of the airways of the lungs. Fortunately, these symptoms usually clear up after you stop smoking.

The Long-term Effects of Smoking Cannabis

The longer you smoke, and the more you smoke, the more likely you are to develop issues with lung health. Some of the long-term symptoms of smoking cannabis include:

After you stop smoking, these side effects may gradually ease. Scarring caused by damage to large airways, however, may persist.

It’s important to note, however, that researchers still don’t know whether or not cannabis smokers develop air pockets at a higher rate than the general population. As it stands now, these severe side effects are merely reported in case studies. More research is needed to determine whether or not a correlation exists.

Does Smoking Weed Cause Lung Cancer?

While it may come as a shock to some, there is no conclusive evidence that smoking cannabis causes lung cancer. This finding is a bit counter-intuitive, as tobacco smoke is the culprit behind 80 to 90 percent of lung cancer cases.

But don’t celebrate just yet.

It’s certainly possible that prolonged and protracted cannabis smoking may contribute to some types of cancer. Right now, however, no large-scale studies have proven a definitive link.

A 2014 review published in the International Journal of Cancer, for example, crunched data for six separate studies. In total, the studies included 2,159 lung cancer patients and 2,985 healthy controls. No small number, right?

The results of the study came as a surprise for researchers. There was little correlation between long-term cannabis smoking and lung cancer. The study authors write:

Results from our pooled analyses provide little evidence for an increased risk of lung cancer among habitual or long-term cannabis smokers, although the possibility of potential adverse effect for heavy consumption cannot be excluded [emphasis added].

The lack of a link between cannabis and lung cancer is a little odd—lung biopsies from chronic cannabis consumers feature the same precancerous cells found in tobacco smokers.

The big difference, according to some researchers, is that the cannabis plant also contains compounds—notably THC—that may slow the development and spread of some types of cancer cells.

Regardless of these results, all consumers, are encouraged to switch to vaporization or more lung-friendly forms of cannabis.

How Does Vaping Weed Affect Your Lungs?

Vaping is by and large the safest way to inhale cannabis. Vaporization is the process of heating cannabis oils or flower below the point of combustion. Instead of creating a cloud of smoke, cannabis oil melts into an inhalable gas.

True vaping is much gentler on the lungs than smoking. Vaporization reduces the number of toxins and carcinogens when compared with smoking. Low temperature vaping also avoids scalding lung tissues, which irritates over time.

Unfortunately, however, not all vaporizers or vapor products are safe. As recently as 2019, emergency rooms saw a spike in visits related to contaminated vapor cartridges. To keep things as safe as possible with your vape, here are two things to consider:

What Is The Best Vaping Temperature?

Temperature has an oft-overlooked effect on lung health. Not only can hot temperatures irritate the delicate tissues of the lungs, but high temperatures can transform a safe vape product into a toxic one.

At high temperatures, cannabis products are more likely to combust instead of transforming into an aerosol vapor. Additionally, the higher the temperature, the more likely that metal contaminants from the vaporizer itself leak into your vapor.

At this temperature, toxic gasses can release from vape cartridge additives. The ratio of active cannabis compounds to potential toxicants also begins to tip at around this temperature—go much higher than 446℉, and you might inhale more toxins than cannabinoids.

How To Find A Quality Vape

Healthy vaporization starts with high-quality products. To avoid contaminated products, opt for cannabis brands that have been independently tested by a third-party laboratory. To pass a laboratory inspection, each batch of cannabis oil or flower will need to test free from residual pesticides, solvents, heavy metals, and microbial pathogens.

Next, it’s important always to read the ingredients listed on your cannabis packaging or a brand website. If no ingredients are listed, it’s recommended to find something else—products sold by licensed retailers throughout Canada to list ingredients on their packages. In the United States, packing regulations vary from state to state.

Enjoy the latest and greatest from Herb, enter your email below to get exciting cannabis updates delivered to your inbox.
October 24, 2019 — Last Updated August 24, 2020
Written by Anna Wilcox

Hoping to start growing indoors? To help start you off on the right foot, here are 8 steps to building the perfect indoor grow roo…

Effects like stress reduction, helping you feel more comfortable in your own skin, and prompting you towards a more sociable, funn…