Next:Guides | Lo-Fi Songs To Pair With Your Sleepy Indica Strains 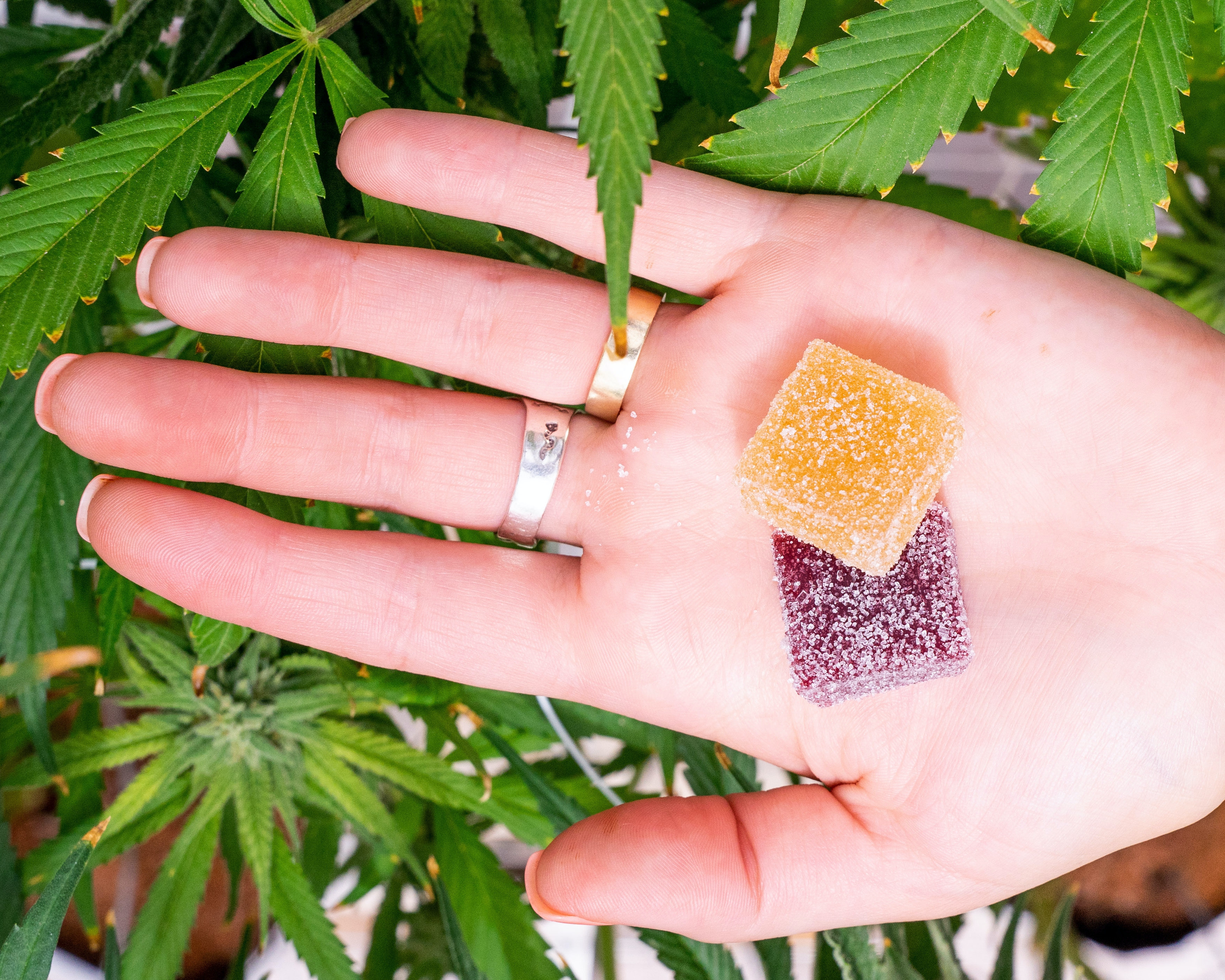 Another fringe cannabinoid that is getting time in the spotlight is THCV, largely unregulated but packed with stimulating benefits, and in this case, lots of flavor. 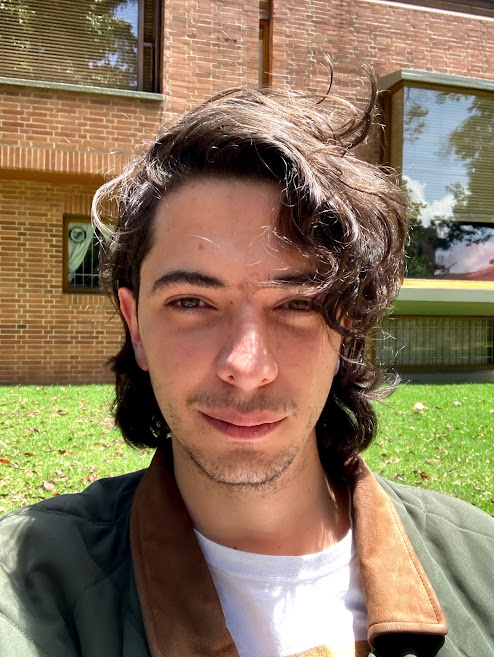 Largely out of the mainstream until recently, THCV is turning heads in cannabis circles due to its unique effects.

For users, this novelty means that THCV is largely unregulated and legal in the United States as long as it derives from 2018 Farm Bill-compliant hemp plants.

Edibles are one of the most discrete and delicious ways to enjoy the benefits of THCV, and fortunately there are plenty of options to sample.

Take note as we give you some pointers on THCV products available online and recommend some neat edible options. 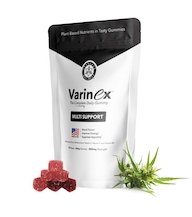 Edibles are diverse not only in their forms but in their content. These gummies have the delightful taste of strawberries and a mix of THCV and CBDV. The combined action of these two rare cannabinoids boosts your energy and focus while relaxing your body.

The physical effects of CBDV enhance the mild psychoactive incidence of THCV. The result is the Spyglass Wellness gummies that brighten your day while getting you motivated to get things done.

These gummies will get you chilling and functional with 30 mg of this mix of two rare cannabinoids per piece. Each bag has 10 gummies, which makes a total of 300 mg of THCV and CBDV.

You can divide every gummy in half so that you have 20 servings of 15 mg in every bag. Increase your dosage gradually if you’re not getting the desired effect after two hours. 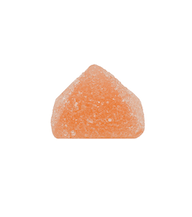 This is an excellent no-nonsense option for those looking to dip their toes in THCV. Bloomble offers a wide variety of cannabinoid distillates, and you will find their THCV offerings to be among the most accessible in the market.

Each strawberry flavored pyramid gummy packs 10 mg THCV with wide-ranged hemp-derived THCV oil and all-natural flavoring. Pop one of these and get familiarized with the effects of this distinct cannabinoid. 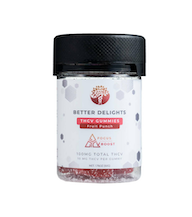 At this point you might start to notice a pattern among THCV products; that they’re mostly formulated for energy and focus, due to the natural cannabinoid response they trigger. Well, this is a major differentiator of the THCV compound that Better Delights has leaned on for their tasty fruit punch-flavored gummies.

These are a sublime midday treat that allows you to focus and raises your mood in a way that offsets stress almost completely. $34 for a bottle of ten pieces may sound steep, but the clarity of the effect and the traceability of the ingredients may warrant it. 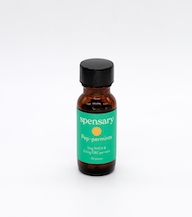 These pep-permint treats are sure to wake you up. They’re the perfect combination of pep and chill, delivering the best of both worlds. THCV + CBC deliver a fantastically chilled-out experience that you’ll love. THCV will get your brain fired up while keeping you calm and relaxed at the same time, while CBC soothes away stress and leaves you feeling great.

These THCV and CBC Pep-Permints will get you going in the morning. So don’t wait until sunset, get up and get going with a permissively potent combination of chill and permissiveness. 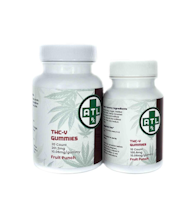 These THCV gummies are here to help you get through the day! Take them with you to work to motivate yourself or after a workout to relax. You’ll feel calm and clearheaded, giving you the extra boost of energy you need. 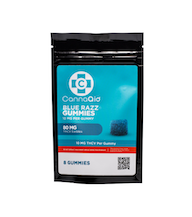 When looking for THCV, determining the safety and accuracy of the ingredients is important, as there are counterfeit THCV products in the market. Brands like CannaAid, which are particularly interested in demonstrating the purity of their product, offer the full third-party lab results on their websites or included with their products. 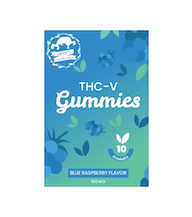 If you’re relying on THCV to aid in appetite suppression or supplement fasting, this product by Hempy Longstocking may be the one for you. Made using only American hemp from growers in Vermont, Tennessee, and Colorado, the effect of these gummies is only that of a subtle energetic high and the disappearance of impulse eating habits.

Try them out by starting with a low dosage, around a gummy daily one half-hot before eating, and vary according to your specific needs and tolerance. THCV is an effective natural appetite suppressant but remember that it is not recommended to take THCV daily for any longer than 13 weeks. 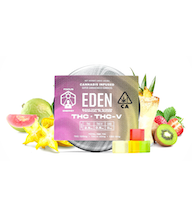 Eden’s Tropical Gummies use THCV differently, as its effects counteract many of those generated by THC, providing a unique way to experience the effects of THC without drowsiness, haze, or the munchies.

They are succulent in taste but spare no niceties when it comes to the effects. Expect these to get you high in a way different to that of other products in this list on account of their THC content. For this reason, these may be better suited for social or recreational use, where you don’t need to keep stability and direction. 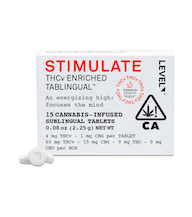 For another stripped-down offering that allows you to experience the unadulterated effects of THCV in a convenient and discrete edible form factor, try these tablets by LEVEL. Bear in mind that it doesn’t contain exclusively THCV, but also CBG, which maintains the effects grounded.

This product is formulated to energize and aid focus through THCV, it also works as an appetite suppressant due to the natural properties of the compound. Being sublingual, LEVEL’s tablets also offer quicker onset than regular edibles, which need to be metabolized by your digestive system before absorption.

Like its name would suggest, THCV is very similar to your run-of-the-mill Delta 9 THC in its chemical structure. The critical difference between these compounds, both of which can be found in cannabis and hemp plants, is the number of atoms on the carbon sidechain, with a 3-carbon sidechain instead of 5.

Its full name is delta-9-tetrahydrocannabivarin, and it delivers a range of effects that varies from that of Delta 9 THC, Delta 8 THC, and CBD. THCV is naturally devoid of most of the psychoactive properties of THC and most notably suppresses hunger by turning off CB1 receptors. It offers an uplifting and clear-headed high with no fogginess or drowsiness.

THCV recently began its life as a mainstream consumer product, but already there are tons of options to sample its effects.

Although research is yet to uncover all the secrets of THCV, already there are many studies suggesting its potential in a wide variety of therapeutic applications.

From weight management to anxiety relief, here’s what this cannabinoid could help with.

Due to its appetite suppressants, THCV could alter eating habits. Some users have reported forgetting to eat altogether because of its effects, so steer away from it if you have previously struggled with anorexia or other eating disorders.

However, if stress-eating of overabundant appetite is something you experience daily, perhaps an appropriate dose of THCV could help you manage it. By turning off the CB1 receptors, appetite is mitigated, an interaction that other weight loss pharmaceuticals also trigger.

Unlike these pharmaceuticals, THCV users have not reported adverse side effects like depression, which discontinued some other CB1 antagonists in the market.

Another distinct benefit of THCV is its potential as a treatment for stress and anxiety. In fact, THCV’s anti-psychotic properties have shown promise in early studies linking it to treating schizophrenia, Alzheimer’s, and dementia.

It can also help reduce the recurrence and severity of anxiety and panic attacks, which have led researchers to believe in the compound’s applications towards treating cases of PTSD.

THCV’s relaxing properties have also been noted since revealed in experiments featuring adult rats. The results showed that THCV reduced the amplitude and frequency of paroxysmal depolarizing shifts, a key indicator of effectiveness toward treating seizures and epilepsy.

THCV’s effects are uplifting, energizing, and euphoric. It is generally regarded as excellent for daytime consumption due to the absence of fog and drowsiness. It also doesn’t interfere with concentration and focus, which means you can pair it with your daily creative or productive activities.

Like a good cup of coffee, THCV leaves you awake and alert, but being a cannabinoid, you can feel it easing your stress and weeding out your preoccupations. It is non-psychoactive, so in that respect, you can compare it to CBD, just less body-focused.

The Herbalist: 5 New Grows To Look Out For This Month