Check Out These Non-Marijuana Plants That Contain Cannabinoids

Marijuana is one of the most useful medicinal herbs on the planet. But, did you know that other plants also contain cannabinoids?
August 14, 2019
Written by Anna Wilcox 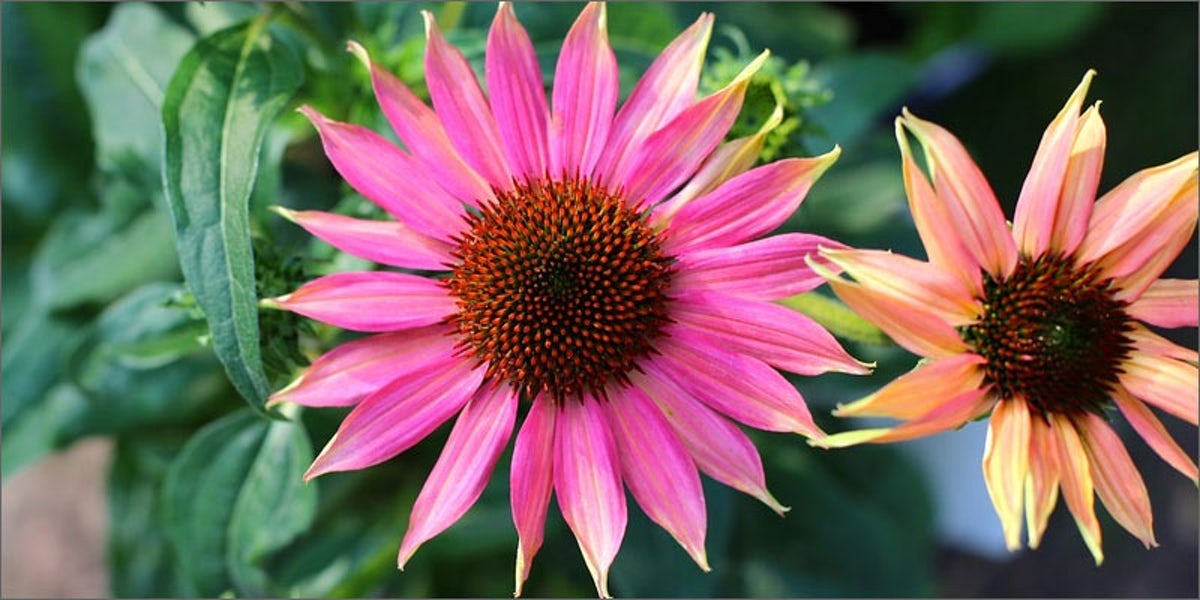 Marijuana has taken center stage as one of the most useful medicinal plants on the planet. But, did you know that other herbs and spices also contain compounds similar to cannabinoids? A cannabinoid is a chemical compound that interacts with a large regulatory system in the body called the Endocannabinoid System (ECS). The ECS is responsible for maintaining homeostasis in the body. Homeostasis is the perfect internal balance required for optimum health. Below is a list of non-cannabis plants that also engage the endocannabinoid system.

Non-marijuana plants that engage the ECS

The medicinal uses of Echinacea are well known and far reaching. This plant can do a little bit of everything–from fighting the common cold to relieving symptoms of anxiety, fatigue, arthritis, migraines, and other ailments. Funny thing, these are many of the same conditions that are eased with marijuana.

Turns out, some species of echinacea contain compounds that engage the ECS sort of like cannabinoids. More specifically, they contain cannabimimetics. These herbal cannabimimetics are a bit different from those found in the marijuana plant, but they engage the endocannabinoid system nonetheless.  These compounds are known as N-alkyl amides (NAAs).

The cannabimimetics in Echinacea interact with the CB2 receptor. This receptor is largely responsible for regulating the immune system and inflammatory response. In cannabis, psychoactive THC is the primary stimulator of the CB2 receptor. THC’s affinity with this particular receptor is partly why it is expected to be so effective in treating inflammation-related disorders.

Oxeye plants (Heliopsis helianthoides) are also known to have these types of cannabimimetics.

Also known as the toothache plant, the Amazon native can be made into a strong painkilling gel. Formal trials of this plant-based gel conducted by Cambridge University found that the plant was successful in blocking pain receptors at nerve endings.

Cannabinoid-like compounds known as N-Isobutylamides act on the CB2 receptor, making this odd-looking flower a powerful painkiller and inflammation fighter. So powerful, in fact, that it’s currently being considered as a new drug-of-choice for dentists working with painful ailments like impacted wisdom teeth.

During a lecture at the annual meeting of the International Cannabinoid Research Society,  Italian natural product chemist Giovanni Appendino reported that a helichrysum variety was used  “like hemp, to make fumes in ritual ceremonies” in African pharmacology. He also suggested that compounds in the plant may have a “psychotropic effect… similar to cannabinoids.”

So far, no psychoactive effects for this liverwort variety have been reported. But, the plant has been historically used as a natural treatment for bronchitis as well as gallbladder, liver, and bladder problems. This hints that there is medicinal value in these lichens.

FAAH is responsible for the breakdown of an endocannabinoid known as anandamide in our bodies. Anandamide is our natural version of THC. Compounds in chocolate block this enzyme, increasing the amount of anandamide in the body. This makes us feel happy, relaxed, and generally good.

Further, in 1996, researchers from the Neurosciences Institute of San Diego found that two separate compounds in chocolate that act as cannabinoids in the body, though it was unclear if this was through direct or indirect engagement with cannabinoid receptors. While chocolate is nowhere near the potent psychoactive that THC is, it has more of an impact on the brain and body than is often considered.

Some marijuana strains like Hash Plant and almost every OG strain (there are exceptions like skywalker og strain) have a peppery taste and aroma. The reason for this? They contain high levels of a particular terpene called beta-caryophyllene (BCP). A terpene is an aroma molecule that’s found in plant essential oils. Unsurprisingly, this distinct flavor is also found heavily in black pepper.

Fairly recently it was discovered that BCP actually functions as a cannabinoid. Like many of the other plant compounds listed in this article, BCP has a binding affinity with the CB2 receptor. Research has suggested that the anti-inflammatory compounds of this terpene make it therapeutically valuable for treating conditions like arthritis and osteoporosis. Other research has indicated that BCP can increase the efficacy of anticancer drugs. Though, these trials are preliminary and not conclusive.

These are just a few plants that have been found to engage with the endocannabinoid system. A couple others include Peruvian maca and Chinese rhododendron. As research continues, there are sure to be many more.

The cannabis plant paved the way for the discovery of the endocannabinoid system in our bodies. Now botanists and natural scientists are finding that cannabinoid-like molecules in plants are more prevalent than first realized. All of the plants listed above have valuable therapeutic properties. Many of them have been used as traditional medicines for centuries. We’re only just beginning to understand why they’ve proven to be so useful.

Have you used any of these plants as natural medicines? How did they work for you? Let us know on social media or in the comments  below.