Now Reading:Learn | What Is THC-P? An In-Depth Look At This Potent Cannabinoid

Next:Learn | 5 Truths About Growing Bigger Yields With LED vs. HPS 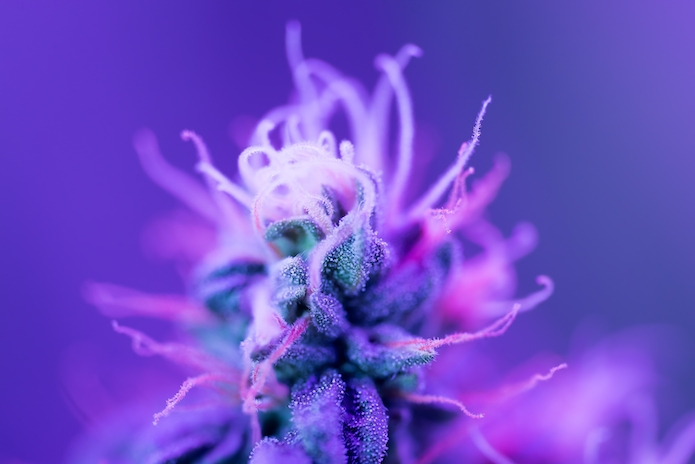 THC-P is not only the newest but also the strongest cannabinoid on the market. Here's everything you should know about it. Created with Binoid.

With tons of new cannabinoids making an appearance in the market almost every year, it can be hard to keep track of what’s what. THC-P is one of the newest faces in the industry and one you should know of if you’re into strong highs and unique products.

Binoid THC-P is certainly one of the brands you should be looking into if you already know what THC-P is.

But if you don’t, then make sure you keep reading to learn a little more about it. 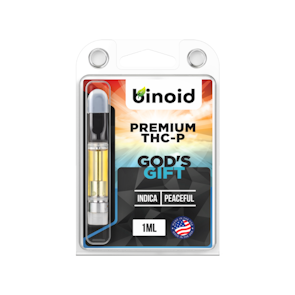 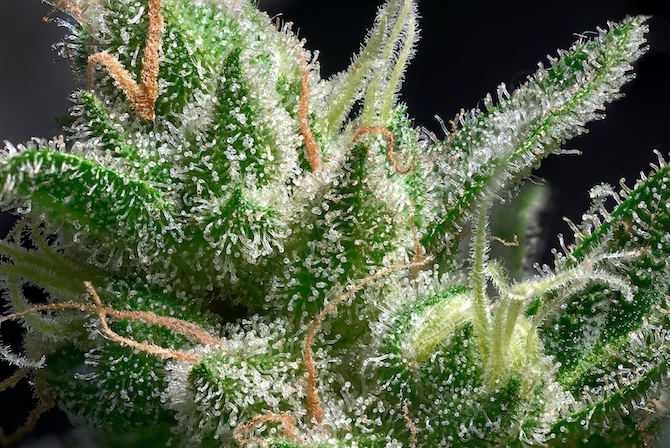 Along with the other common cannabinoids you’ve probably heard of, THC-P is part of a more specific branch of the family. THC-P is a phytocannabinoid, which basically means that it is a naturally occurring compound.

It is one of the components that the cannabis plant produces naturally without the need for additional processes like drying and curing. THC-P is produced by the plant and found in the sap-like, minuscule stalagmites found on the surface of the plant’s leaves which we have come to know as trichomes.

While trichomes carry all cannabinoids and other components like terpenes and flavonoids, it is phytocannabinoids that are naturally produced and those most sought after by cannabis enthusiasts.

THC-P is said to be discovered by accident by a team of Italian researchers. During a mass-spectrometry and liquid chromatography study of natural cannabis, the team of scientists encountered a cannabinoid that had never been seen before and was made public to the world in 2019.

THC and THC-P are almost identical on a molecular level. The only difference between the two is that THC has 5 carbon atoms while THC-P’s chemical structure consists of 7 carbon atoms.

This small, but significant difference makes for the changes in effects from one cannabinoid to the next. Making THC-P a lot more potent than its popular counterpart.

How Is THC-P Made? 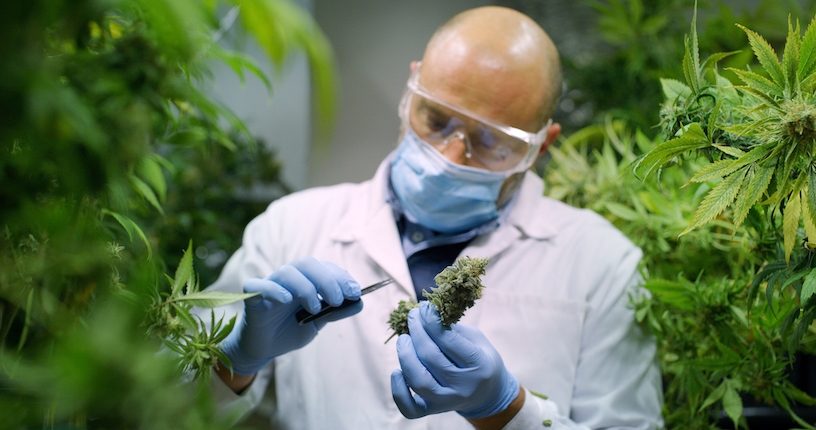 There is a variety of phytocannabinoids you can choose from. Nevertheless, they all have a somewhat similar chemical structure because they all come from the natural modification of Cannabigerolic Acid (CBGA), yet another phytocannabinoid on the list.

But that’s not a surprise to those who know their way around cannabinoids. CBGA has been described as “The Mother Cannabinoid” before for a solid reason; most cannabinoids come from it.

As the plant matures, CBGA goes through enzymatic reactions triggered by time and temperature. While it does, it also goes through a series of chemical stages, and in each of these stages, it becomes a different phytocannabinoid; including, THCA, CBDA, and plenty more. 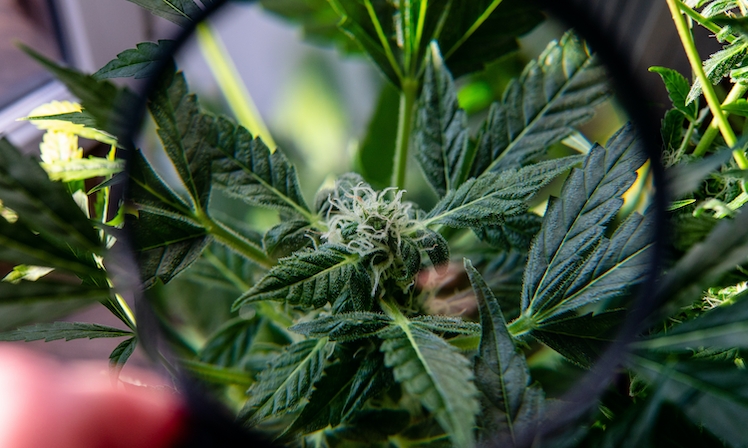 You might have noticed that we placed an ‘A’ after THC and CBD. That’s because phytocannabinoids are only found in their acidic forms within raw cannabis. When the plant is submitted to heat after it has been harvested, a process called decarboxylation happens.

This process is responsible for turning THCA into THC and CBDA into CBD, along with a few other acidic cannabinoid versions.

One of these acidic cannabinoids is THCPA, and when cannabis is decarboxylated it may also rid itself of the A become THC-P.

But why was THC-P only discovered until 2019 if it is made pretty much like any other cannabinoid out there? Well, because it is extremely rare and available in minute quantities within a single plant. 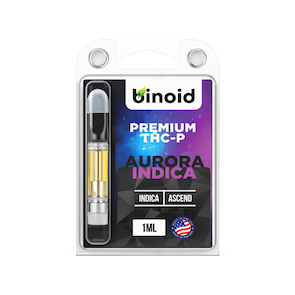 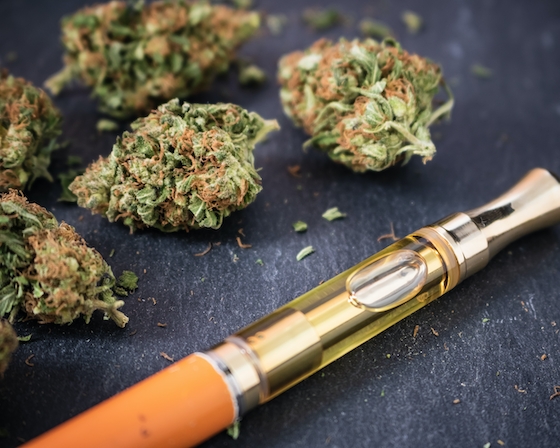 THC-P has been tied to several effects, specifically those that have already been connected to THC in the past. Pain relief and sedative properties but with a much more powerful outcome are among the most popular.

The effects provided by THC-P will ultimately depend on the dose and the strain you choose to go with, But generally, you may find sedating, energizing, or soothing effects to come from THC-P.

Because THC-P is much more potent than THC, it is also possible to encounter unwanted effects like paranoia, dry mouth, and anxiety if you are not careful with the dose you use. But this may happen with THC as well, it’s just a question of finding the right strain and consuming the right amount.

It’s still impossible to know for certain what THC-P or most other cannabinoids can do. True, we can feel certain effects, but those aren’t necessarily medical or physical benefits, they’re just effects that we might enjoy or not. To attest to that, believe it or not, some people don’t like to get high like you and I do.

So yes, benefits are not necessarily effects or the other way around. More studies need to be done to conclusively prove any benefits of THC-P, but certain potential physiological effects have been theorized. Things like reduced pain and better sleeping habits are commonly attributed to THC and have therefore been connected to THC-P consumption as well.

Another clear benefit is that THC-P is more potent than THC. Which could be beneficial to frequent consumers who have built up a tolerance towards the cannabinoid.

Other than that, the benefits of THC-P are really in the eye of the beholder, but if you’re a toker, I’m sure you’ll be enjoying THC-P just as much as we do.

Both of these are naturally occurring cannabinoids, and their molecular structure is almost identical. The main difference relies on the carbon alkyl chains – while THC has 5 carbons, THC-P has seven.

On a potency level, THC-P has been proven to be substantially more potent than THC. However, it’s still unclear how much more.

People who have consumed THC-P say that it’s about 5 to 7 times stronger than Delta 9 THC, which is still a tremendous leap in potency.

In fact, THC-P is the most potent form of THC known so far, even more than semi-synthetic cannabinoids like THC-O and HHC. 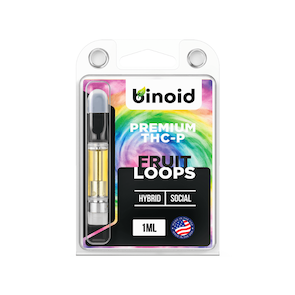 Does THC-P Get You High?

Even more than high. THC-P is stronger than regular THC, which means you have to be careful with the amount you consume.

Luckily, brands like Binoid make sure to produce THC-P cartridges that are accurately dosed to provide you with the most pleasant high without you having to worry about it.

There isn’t really a recommended THC-P dosage. More research and anecdotal reports from people using this compound need to be conducted before more specific doses can be suggested.

A good starting point is to be mindful of how potent it is compared to Delta 9 THC. Whatever is your standard D9 dose, take one-fifth of that if dealing with THC-P. See how you feel and adjust accordingly.

It’s best to be careful when using this cannabinoid at first. Due to its potency, it’s easy to take too much. Despite it being completely harmless, you can still get uncomfortable feelings of dizziness, nausea, or anxiety. 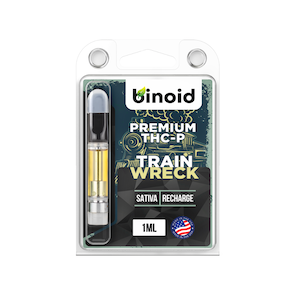 Although there could be some unwanted side effects from THC-P consumption, there haven’t been any official reports of something more troubling than just a very strong high.

THC-P is safe in general terms, but if you have a pre-existing medical condition or take prescription medication for some reason, then you might benefit from a visit to your doctor before consuming THC-P, or any other cannabinoid.

If you do want to consume THC-P, then the best way to make sure you are keeping safe is by purchasing your products from a licensed THC-P brand like Binoid.

Even though marijuana remains federally illegal, all hemp derivatives with content of Delta 9 THC lower than 0.3% have been declared federally legal since 2018.

One of the components that comply with these standards is Binoid THC-P. Better yet, Binoid will tell you exactly where they can ship to, sparing you the hassle of having to research state regulations, which is always boring.

Will THC-P Show Up On A Drug Test?

Due to the similar chemical makeup of both components, common drug tests are not sensitive enough to determine their difference in your system. Therefore, if you have used THC-P within the past two weeks, it is best to avoid urine or blood testing.

There’s still not enough evidence on how long THC-P stays in your system. To be safe, we recommend you avoid using it one month before any upcoming drug test.

THC-P used in Binoid products is 100% hemp-derived. All Binoid THC-P products are made in the U.S. from 100% natural sources to produce products that are way stronger than regular THC.

How To Buy THC-P Products

As if you haven’t already deduced it by now, all it takes is a quick trip to the Binoid store. Hop online and with the click of a button you can order a variety of legal and safe THC-P products immediately.

If you’re worried about local regulations in your area, worry not! Binoid has you covered and will tell you exactly where they can deliver to. 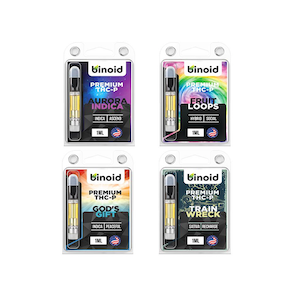 Their THC-P vape carts are sure to hit and are currently being enjoyed by thousands with many benefits. Theirs are by far the best THC-P products out there.

Not only that but their THC-P quality and strength cannot be beaten. Buy THC-P products online here!