Celebrate Women's History Month by supporting woman-owned brands in the industry. Here are our some you should check out. 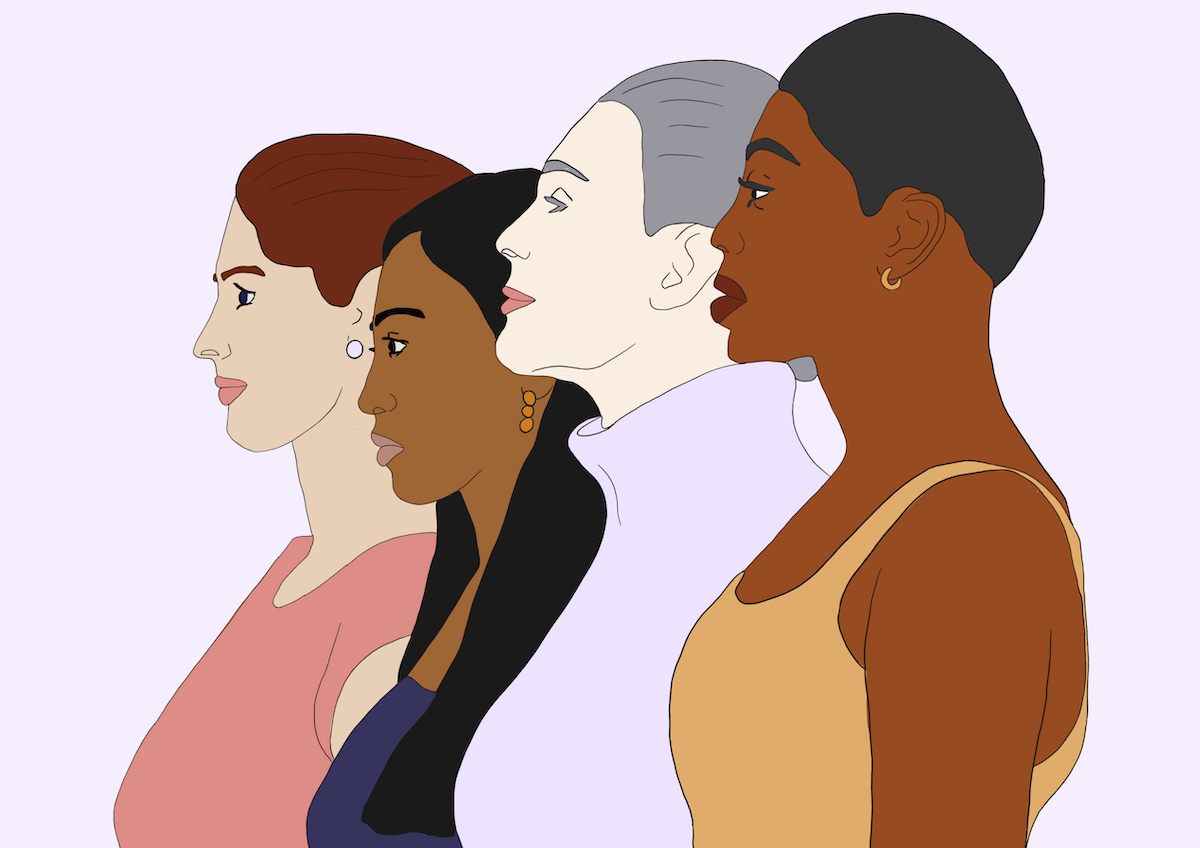 Every time a ‘History Month’ comes to fruition it’s inevitable to ask yourself why it’s come about.

Even though we feel like dropping directly into some brand recommendations for you, it would be a baseless argument if we don’t understand why a Women’s History Month (WHM) product guideline makes sense.Back in 1981, Congress passed a law that authorized the week of March 7th, 1982, to be celebrated as Women’s History Week, and just like women’s rights advocacy has grown, it so did the week.

The law passed, and in the years to come, the president would proclaim March as WHM. A tradition that has been kept since 1995.

But this still doesn’t explain what WHM actually celebrates.

The month of March is meant to celebrate the contributions of women to the United States. Recognizing specific accomplishments that have contributed to the development of the country in several fields.

Because all brands on the list below are women-owned, today we celebrate women’s contribution to the development of the cannabis industry.

The Top 6 Women-Owned Cannabis Brands In The Game

That might sound like all you need to know to understand why these particular brands make it onto the list. But it’s not the only reason.

The fact that these brands are women-owned only means that we’re celebrating Women’s History Month.

The real reason why they made it onto the list is that all these brands make exceptional products with innovative designs and unique takes on a source of wellness and happiness (aka. weed).

Ever since smoking weed became almost ‘mainstream’, or at least way more widely accepted than it was before, brands have been trying hard to look for new ways to sell bongs.

A very common line is to say, ‘our bong can be used as a centerpiece for your coffee table’.

The idea is to sell more bongs because you can use them as more than just a bong. But there’s a bit of an issue with that type of statement; most bongs cannot be used as centerpieces for different reasons.

Some people wish to keep their cannabis habits under wraps, and others just don’t see a bong as a centerpiece. Two reasons I’m sure many people can relate with.

But here’s a brand that can make this claim honestly.

My Bud Vase makes artistic and discreet smoking vases with a large array of stylish designs that can complement almost any space in your house. Each My Bud Vase is designed to be an elegant display piece for your home, complete with a hand-selected flower that doubles as a poker and matching bowl.

My Bud Vase bongs are designed with ninja-like stealth in a way that they can be hidden in plain sight by inserting your flower poker or floral arrangement to disguise it. The bowl of each bong is on a side, but by turning it to face the wall, you’ve effectively hidden your gadget.

The brand not only offers an extensive range of designs but different collections with unique themes.

After reading so much on women-owned cannabis brands and getting even more acquainted with the industry’s reality, I concluded that cannabis products look rugged and almost ‘masculine’ by default.

When I was introduced to SheWeed, I finally understood what it means to make a brand more feminine.

SheWeed is a cannabis company created for women by women, and you can really perceive it just by looking at their products and without even reading the brand ethos. They make products that intend to feminize and normalize plant medicine for the everyday woman.

Products like these create a safe space for women to come together and educate themselves on active ingredients, usage, and other common cannabis subjects that generate confusion. I recently had an interview with a mom that actively consumes cannabis, and she was telling me how hard it was for her to talk about cannabis with other moms. SheWeed intends to make that easier.

SheWeed makes its own made cannabis products, including pre-rolls and tinctures.

Making the cannabis industry more female-inclusive is a great reason to be in the industry. But actually doing it can take many forms. One of those forms is making exquisite products with incredible designs that feel feminine.

I struggle to find a brand that does this better than Verdeux.

Ashtrays, pipes, and grinders made with high-quality materials in docile shades of rose, gold, white, turquoise, and emerald. Verdeux also offers innovative products that you’ll struggle to find anywhere else, like the Calypso travel pipe, the Alessia glass tip, and the Aria smoking ring.

The Verdeux slogan is ‘smoke beautifully’, and their product line up lives by these words.

Both founders initially built their careers in the fashion industry and know exactly how to pair beauty and functionality into a product. As they dipped their toes into the industry, they realized it was quite hard to find accessories that felt fashionable and actually added beauty to the smoking experience.

They fixed that by creating Verdeux.

If there was anything missing in the vast sea of products and brands that make up the cannabis industry, it’s a brand that feels and looks classy.

Floramye is a brand deep-rooted in the 1920s when it debuted as a French perfume house. This is exactly what today’s Floramye feels like; a classy French brand that makes products that do way more than just make you smell nice.

But don’t get me wrong, Floramye products do smell incredibly nice, but by combining a unique blend of terpenes with functional essential oils and high-end CBD extract, the finished product is much more valuable than a perfume.

The elegant ethos of the late Floramye brand is resurrected in an exciting new cannabis brand that fuses its classy beginning with a modern, sustainable sensibility. A feature that only gets better by adding a full-spectrum, organic hemp formulation to the mix.

The whole thing about Floramye is being able to approach well-being as something more than just a science, making products that look and feel voguish but are supported by a strong scientific backbone.

Every Floramye product is handcrafted to provide wellness to the body, mind, and skin. Each made with a certified organic CBD formula made in small batches.

Ardent is a brand that believes in working towards a world where cannabis is a rich and inexpensive resource used to manufacture pharmaceuticals destined to improve countless health issues. Which is something they’re working towards actively.

The Boston-based biotech and medical cannabis device company makes pioneering technologies with a team of expert partners. Among which stand out incredibly innovative accessories like the Ardent NOVA and Ardent FX.

The NOVA is an infusion accessory you can use to decarboxylate your cannabis (prepping it for successful infusion) and infuse it into the product you are working with (oils, butter, etc.).

And then you have the FX, an all-in-one tool you can use to decarboxylate, infuse, and even bake.

Up until Ardent came along, you’d have to use your apartment oven and stink up the entire building. Well, not anymore. With Ardent devices, you don’t only keep odors and kitchen mess to a minimum, but you also decarboxylate accurately. Something that standard kitchen ovens don’t do very well.

One of our favorite women-led brands in the market is Session Goods.

A glass smoking accessory brand that knows how to merge simplicity with functionality in a way that doesn’t look like your product is lacking something. Session Goods understands that not every single bong and pipe needs to have a thousand colors to look interesting.

Sometimes smokers are just looking for a classy-looking device that WORKS.

That’s exactly what Session Goods does.

They keep their product design straightforward but somehow manage to make every piece look incredible. Not to mention that every puff out of a Session Goods glass pipe or bong feels smooth as silk and cool as ice. Expect thick balanced clouds with every inhale.

Each Session Goods bong comes with a silicone cover bong that adds a little color to the piece while adding an extra bit of grip to the surface you set it on.

The Session Goods Pipe comes in a small, pocket-sized design that can double as a keychain. Each pipe comes with its own silicone sleeve to protect it from unexpected blows and falls.

The people at Session believe in the pursuit of pleasure and indulgence because relaxation is key to living a happy life. Something they help you accomplish through incredible design, high-quality materials, and thoughtful details that enhance your smoking sessions.

Session Goods is also a member of The Floret Coalition, an anti-racist collective of small businesses that supports and funds equity-oriented actions. As members of the coalition, Session Goods pledges monthly donations to organizations that work to support Black, Latinx, and Indigenous communities.

best of
March 19, 2021 — Last Updated March 23, 2021
Written by Simón Cartagena
Save for later
Start saving articles by clicking the heart icon and you'll find them again in your profile page.

Enjoy the latest and greatest from Herb, enter your email below to get exciting cannabis updates delivered to your inbox.
March 19, 2021 — Last Updated March 23, 2021
Written by Simón Cartagena