Now Reading:Uncategorized | This Colorado Town Might Change Its Name To Kush

Next:Uncategorized | See The Superior Functions Of The Linx Gaia Vaporizer 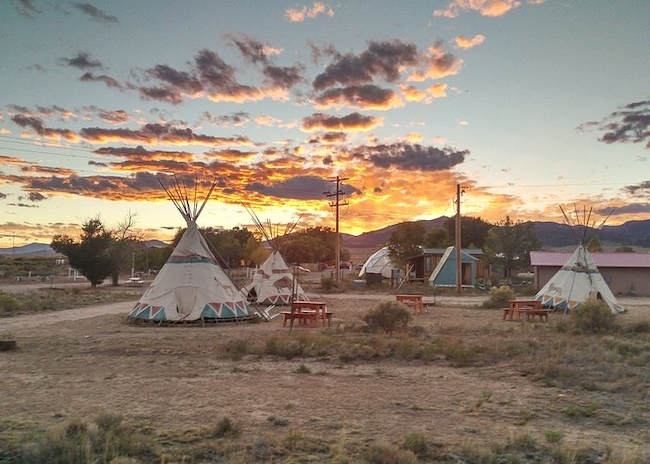 This Colorado Town Might Change Its Name To Kush

The town of Moffat might change its name to reflect the growing weed industry.

Colorado legalized recreational cannabis in 2012. It was the first state to adopt such a weed-friendly law, prompting other states to do the same.

Because Colorado was the true trailblazer for pro-weed laws, one town wants to pay homage to the benefits of legalization on locals and the economy.

The small town of Moffat is considering changing its name to Kush, a popular nickname for cannabis.

Moffat’s mayor, Cassandra Foxx, says the town may be “super tiny,” but it strives to do “big things.”

How small is super tiny? No more than 120 residents live in Moffat, but there’s lots of room for cultivation sites. Most of the town‘s cannabis facilities were licensed by Area 420, owned, and founded by Mike Biggio.

Foxx says if it weren’t for Biggio’s business, Moffat’s cannabis industry wouldn’t be thriving. Area 420 licenses land for cultivators to use for operations in Moffat.

The mayor says that Area 420 has helped provide “an industry for Moffat,” she added that it “kind of gave us life, like a rebirth.”

Licenses for cannabis cultivation in Moffat have skyrocketed over the past six years. With help from Area 420, what started as two licenses is now seventy.

Thanks to Biggio’s company and all of the land it licensed, the suggestion to change Moffat’s name to Kush is currently under discussion. It was allegedly on the agenda for a town hall meeting on June 7, but no word on how that discussion went down.

Foxx mentioned that changing Moffat’s name is only a discussion right now; it would take a resident petition to start the process.

Biggio initially suggested changing the town‘s name, but other industry professionals and even mayor Foxx is on board. Of course, some residents weren’t so keen about the name change.

Foxx believes it’s “a little silly,” but “it’s the right kind of silly.”

She says there is a profound level of accuracy that comes with the prospective name change, noting that it’s “a good representation of the region” and the blossoming cannabis industry.